How will the 2017 State Assembly Election results impact Housing Markets? 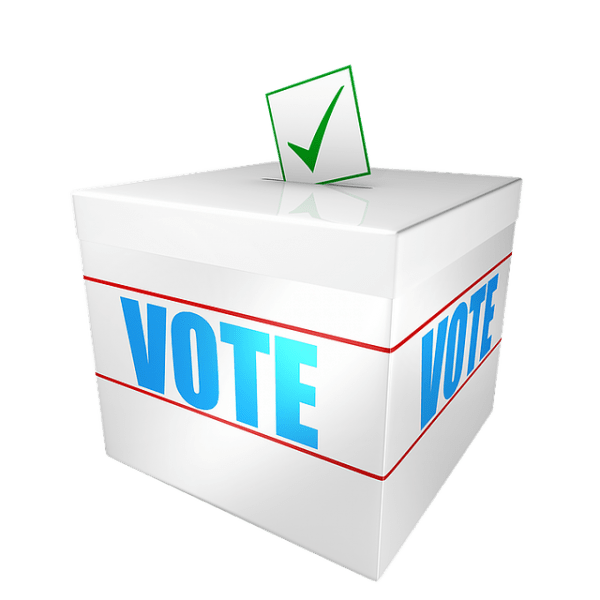 The election results for five state assemblies have been announced and as per the people’s mandate, governments have been formed. In the aftermath of the demonetization move of the Prime Minister, these elections were expected to give a clear indicator of the national mood. The results, mostly in favor of the ruling party in the Center, will have a strong impact on the nation’s economy. Any elections, not only decide the mandate of governance but also have a far-reaching impact on property sentiments of a region. Let’s have a look at whether the new governments will boost the confidence of home buyers in their regions and how.

Uttar Pradesh is India’s largest state and also the most populous. No wonder then, that housing holds great significance in this state. The B.J.P. clean sweeping this state bodes well for the housing needs of the people. The previous government headed by the Samajwadi Party had begun the Samajwadi Awas Yojna for mass housing. The new government has the opportunity to fine tune it with the Prime Minister’s Housing for All scheme. This would bring in effectiveness and impact for both the schemes. It also holds significance in U.P. as the state in general and NOIDA, in particular, is emerging as an affordable housing hub.

“Lucknow and NOIDA are quite active property markets in India and both are now well represented with influential leaders who can actually take care of long pending issues. Overall as well, the economy of the state should get a shot in the arm with the Prime Minister and his team working in tandem with the state machinery for the development of the state.” 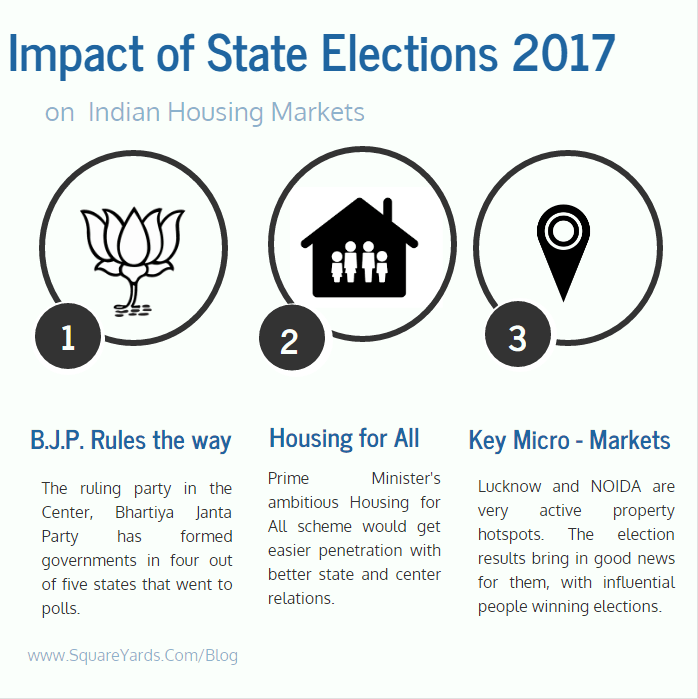 Goa’s property market has been moving slowly for some time now. The return of Manohar Parikar to Goa by public demand is a good news for Goa’s property market. The immediate challenge for the new government is improving upon local infrastructure especially in urban areas. Only then will demand in housing pick up. The new government is also expected to pursue the new airport project which will add impetus to the development of the state.

In Punjab, the story is similar to Goa. A former C.M. is back in power and with him, Captain Amrinder Singh has brought in improved sentiments in property markets. His government has already mooted a proposal to dissolve all twenty-eight improvement trusts in Punjab. These trusts were basically set up to develop towns and cities but are in dire need of reforms today. The biggest challenge for the new government, however, is to establish rapport with the Central government where the ruling party is an adversary.

The two hill states that went to polls in February have also voted for a change. Uttarakhand has had a history of political instability with parties winning on wafer thin margins. But a resounding mandate in favor of the B.J.P.  will be favorable for the state’s economy.

Manipur could also see a rise in the supply of affordable housing. Both these states rely on heavy funding from the central government, especially for infrastructure projects. With a friendly government in Delhi, one can expect an increase in fund allocations.

A victory in state elections will also embolden the central government as it embarks on more reforms. The victory is also being seen as an approval for the demonetization and will make the leaders of the country more confident to implement tough reforms. It also bodes well for a continuity of other governance based agenda and brings more stability to the politics of these regions.

All About Ground to Square Yards Unit Conversion in Indian…

Guntha to Acre: Exploring the basics of land measuring units

How to Convert Ground to Acre land measurement units

Let’s know about some basic land measuring units: Guntha to…

How to Convert Ground to Bigha land measurement units

Ground to Square Metre | How many square meters is…