Home » In major consolidation drive, a few Embassy projects to be merged with Indiabulls Real Estate

In major consolidation drive, a few Embassy projects to be merged with Indiabulls Real Estate 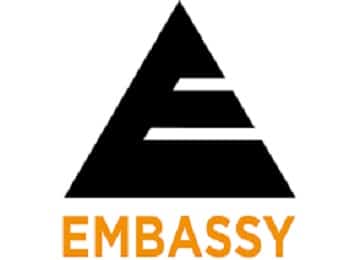 The Indian real estate sector has been witnessing several measures towards consolidation, particularly amongst leading players in the industry. In the latest such development, Indiabulls Real Estate Limited has issued its approval for the merger of specific projects by Embassy Property Developments with itself. This will lead to the formation of a whole new entity.

The new merger will mean that the new entity will be controlled by Jitu Virwani the promoter of Embassy Property Developments. Indiabulls Group will be exiting its real estate division with this merger and present promoter Sameer Gehlaut, will be transforming into a passive shareholder. He will instead emphasize more on the financial services division.

Key details about the deal

Embassy Property Developments will be integrating some of its completed, ongoing and planned real estate projects onto this new platform. It is also in talks with existing investors which include Blackstone Group LP, for raising a sum of approximately $200 million prior to the execution of the merger. Fresh equity investments will help fund the expansion plans of the newly merged entity. Embassy and its investors will be getting shares of IBREL (Indiabulls Real Estate Limited) which is based in Mumbai. This will be done on the basis of the approved ratio for share swapping which has been ratified by both companies. In another few weeks, the final swap ratio for this path breaking merger is expected to be declared. This will be done post receipt of the valuation reports from independent merchant bankers.

IBREL has already setup a reorganization committee which will be examining and considering options for execution of the proposal for the merger. Based on this proposed merger, some projects in both residential and commercial segments by Embassy will be merged and transferred under IBREL. Some of the assets of Embassy are currently owned by some entities which are jointly controlled and managed with Blackstone Group LP. As a result, there are discussions being held with Blackstone for contributions of these assets for the merger. Post the completion of the merger, the company shareholders, Embassy promoters and other financial investors will be the shareholders at IBREL which includes Blackstone Group LP. The merged entity will be developing assets in both residential and commercial segments.

In the previous year itself, Embassy had purchased a stake of 14% in IBREL in a bulk transaction of sorts. This was the first of three such transactions that would have eventually seen promoter Gehlaut making an exit from the real estate business. Indiabulls is looking at an exit from its realty business for making IBREL completely free from debt while maintaining no specific property exposure. This is necessary for getting approval from the Reserve Bank of India (RBI) for its proposed merger with Lakshmi Vilas Bank. Indiabulls Housing Finance Limited is looking to merge with the bank.

The value of the 12-13 properties that are being merged into the new company is pegged at close to Rs. 12,000 crore or whereabouts. The RBI has previously refused to approve the merger of Indiabulls Housing Finance Limited with Lakshmi Vilas Bank, citing its high exposure to the real estate industry. IBREL has sold off commercial assets over the last couple of years for approximately Rs. 12,250 crore to Blackstone as well. In December, Indiabulls Real Estate sold properties at Gurgaon and Mumbai to Blackstone. This deal had Rs. 810 crore as the enterprise value.

Some other points worth noting

Indiabulls Real Estate Limited (IBREL) has also stated that the Blackstone deal covered stake in its Mariana Infrastructure. This company owns a commercial venture at Gurgaon and other commercial assets in Mumbai valued at approximately Rs. 675 crore. IBREL has been selling ongoing and completed commercial real estate assets to lower debt which was estimated at Rs. 4,590 crore in March last year.

The Embassy Group snapped up 14% through an open market deal in June last year for a sum of Rs. 950 crore. Embassy Property Developments will now pump in close to Rs. 1,400 crore or $200 million for the new merged entity. The fresh investment will be taken as the contribution from Blackstone to these assets as part of the merged entity. The new firm will have sizable cash reserves that will be deployed for business expansion throughout the country. As per reports, the face value of Rs. 2 each will be used for issuing equity shares as far as IBREL is concerned. IBREL has also established a committee for implementing and evaluating this merger which should be done within a month’s time. Indiabulls Real Estate has delivered approximately 24 million sq. ft. across residential and commercial projects in India till date.

The company has projects which are nearing completion with a value (realizable) of close to Rs. 22,750 crore and net surpluses of more than Rs. 11,000 crore across 32.7 million sq. ft. The company also possesses an SEZ spanning 1,424 acres and a land bank covering more than 1,900 acres. The Embassy Group already has a sizable portfolio of residential, commercial and hospitality assets among developments in other segments. It has already developed more than 54 million sq. ft. across commercial, residential, retail, hospitality, industrial warehouse space and educational segments. It has a land bank of more than 1,000 acres as well. Embassy Office Parks REIT (a joint venture with Blackstone Group LP) is India’s very first listed REIT (real estate investment trust) with more than Rs. 32,000 crore in market capitalization at present.

Other developments at Embassy Group

Embassy Group has also confirmed its decision to invest approximately Rs. 2,000 crore for the development of a new-generation residential community. This will be named Olive and the funds will be used for the first phase of the project. This co-living project will be purpose-built and will cater to the requirements of students and young professionals. The first experiential centre from Olive will launch at Bangalore’s Whitefield area and the flagship project will be established in Chennai with 2,500 beds.

The company’s plans for expansion cover major cities including Delhi-NCR, Pune, Mumbai and Hyderabad apart from Bangalore and Chennai. The first phase will have 20,000 beds launched throughout these cities with 2,500 beds in Pune, 15,000 beds in Bangalore and 2,500 beds in Chennai. The Bangalore projects include major facilities at the Embassy Techvillage and Embassy Manyata Business Park. The initiative also covers the Hinjewadi and Magarpatta areas in Pune along with Chennai’s OMR. Olive by Embassy ventures will hover between 500 and 5,000 beds on an average and services will be customized at competitive prices across specific markets.

Is embracing digital the key to real estate sector’s plan…

Are Southern Real Estate Markets leading the race towards recovery…

7 Things to Expect from the Affordable Rental Housing Complexes…