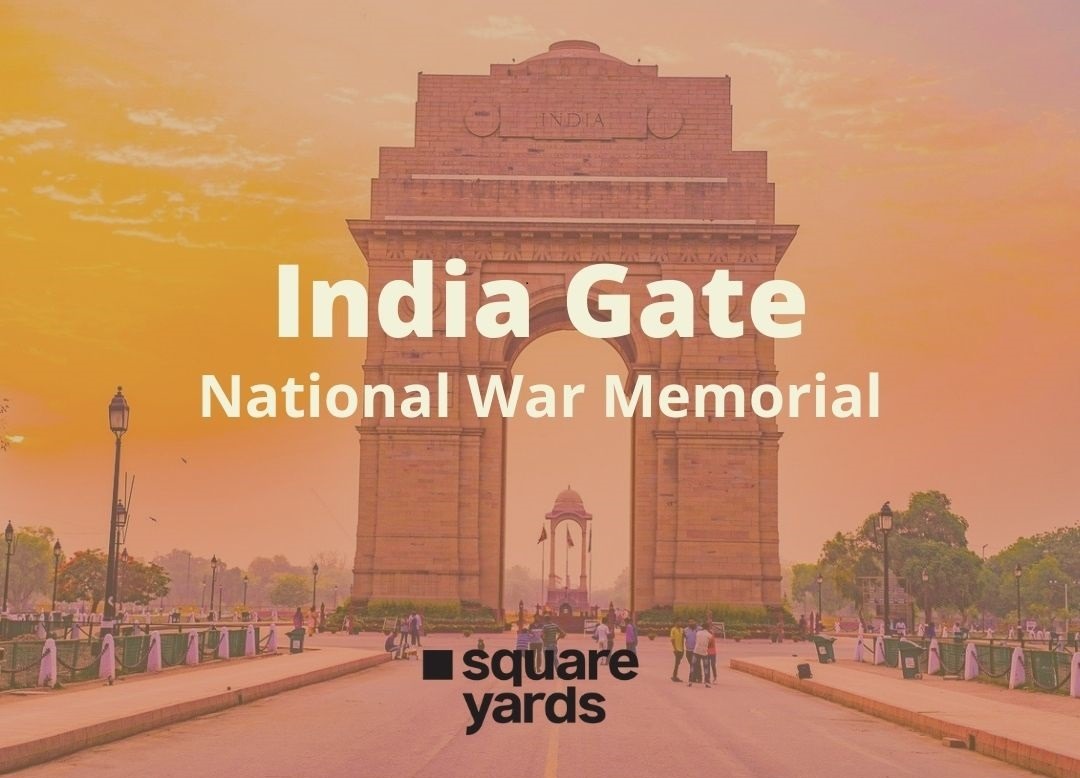 Hundreds of tourists flood India Gate to behold the spectacular sight of it every day but it holds a special significance for us as Indians. It is not just a tourist site in Delhi and holds a very special patriotic significance. India Gate is located in Rajpath, New Delhi, and is a famous hangout spot for the locals as well.

This stunning structure which can be recognized from miles away is a brainchild of Sir Edwin Lutyens, the famous English architect. The construction of the India Gate was done by the Imperial War Graves Commission or IWCG. This organisation was established in 1917 for the sole purpose of building graves and war memorials of the soldiers who died in the First World War. The foundation of India Gate was laid in February 1921 by the third son of Queen Victoria, the Duke of Connaught. After a period of ten years, the monument was inaugurated by Viceroy Lord Irwin who dedicated it to the nation and the upcoming generations of the country. Also known as the Delhi Memorial, it has the names of 13,000 soldiers who died during the war, inscribed on it.

In 1971, Bangladesh was formed and the Indo-Pak war led to the martyrdom of many Indian soldiers. In 1972, a new structure was added to the India Gate which is known as Amar Jawan Jyoti (in English, it means the Flame of the Immortal Soldier). This structure was inaugurated by the then Prime Minister of India, Indira Gandhi, and was established to pay tribute to those soldiers.

As mentioned above, India Gate New Delhi was designed by Sir Edwin Lutyens who was a member of the IWCG. He was a very famous war memorial architect of that time. This structure was built without any religious prejudice and free of any cultural ornamentation. He avoided adding pointed arches to the structure because he did not want to include Asian motifs. So, India Gate’s architectural style is that of a triumphal arch which is similar to that of the Gateway of India in Mumbai and Arc de Triomphe in Paris.

42 meters tall & 9.1 meters wide, the India Gate Delhi is placed right in the center of a hexagonal complex. The entire structure is made of red and yellow sandstone which was imported from Bharatpur.

A canopy was constructed in the year 1936 which was made about 150 meters towards the east side of the India Gate. This structure was built as a tribute to King George V, the former Emperor of India. It replaced the already built marble statue of King George V at that place.

India Gate New Delhi also has a structure called Amar Jawan Jyoti which has a marble pedestal with a cenotaph on top of it. The words ‘Amar Jawan’ are written on all four sides of the cenotaph in golden letters. It also has an installation of a reversed rifle which is capped by a soldier helmet. The Amar Jawan Jyoti has flames burning around it on all four sides permanently, which is fuelled by CNG.

Even though it remains a very popular tourist attraction in the country, it is a symbol of nationalism and will always remain so. Every year, on 26th January, the Republic Day of India, the special Republic Day parade starts from the Rashtrapati Bhavan gates which is the residence of the President, and continue past the India Gate. The Prime Minister of India places wreaths on the Amar Jawan Jyoti on this particular day.

On a final note

Whether you are traveling to the national capital, Delhi alone, or with family and friends, paying a visit to the India Gate must be on your list. India Gate, made by the Imperial War Graves Commission, is a historical landmark. India Gate is located in Rajpath, New Delhi, and its history, significance, and symbolism are known all over the world.

Why is it called India Gate?

In 1917, the Imperial War Graves Commission was established for the purpose of commemorating and burying the soldiers who are dead or missing after the First World War ended. Under the same project, an All India War Memorial was also appointed, the name of which was later renamed India Gate.

The Duke of Connaught, His Royal Highness laid the foundation stone of India Gate in 1921. The design of the India Gate was made by Edwin Lutyens.

What is India Gate famous for?

The India Gate or the Delhi Memorial in New Delhi is a monument dedicated to the British troops who lost their lives in wars that were fought between 1914 and 1919. It is a beautiful sandstone arch that attracts tourists from all over the world.