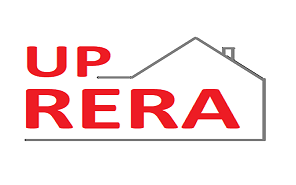 The real estate regulator of Uttar Pradesh has directed the local authorities to begin the registration process for the realty projects adhering to the RERA act. The Act was made to make the builders responsible and tackle the numerous complaints from buyers regarding quality and commitment issues in the state.

The chairman of UP real estate regulatory authority Rajive Kumar stated that they received more than 1000 complaints against projects and its developers that were outside the planning areas mostly from the districts of Barabanki and Lucknow. The Complaints were regarding non-implementation of the projects, delayed possession and fraudulent promoters who took the money and went missing. The RERA act is enforced only on the real estate projects that have an area of more than 500 square metres with eight apartments or more. In the planning areas, RERA cannot solve the problems of these buyers unless the projects are registered under RERA and seek help from the participating offices under section 3 of RERA act where a provision protects the interest of the buyers directing a promoter to register their project under RERA outside the planning area and this provision of the act is going to help these projects since the date of registration.

Rajeev Kumar has also clarified that projects can only be registered under RERA if the layout plan is approved by the respective local authority that is in most of the cases the Zila Panchayat.

Other key details worth knowing about

The Remote Sensing Application Centre has already been engaged by RERA for carrying out the inspection of the site for real estate projects within 10 kilometres of LDA limits in districts of Barabanki and Lucknow with the assistance of satellite data. According to Anurag Shrivastava, the principal secretary, some of the Zila Panchayat has not adopted the bylaws of the approval of the projects. However, the district has been directed to adopt the bylaws soon. The Remote Sensing application centre will also work towards checking the preachers regarding the sanctioned plan for construction of real estate projects without proper approval. The progress will be approved in the month of June.

The Real Estate Regulation and Development Act 2016 is also known as RERA was enacted to protect homebuyers and create transparency in the real estate industry. According to RERA, every state and union territories will have an individual regulator and a few rules that will govern the functioning of the regulator. The rules for the union territories including the national capital has been drafted by the central government. RERA addresses the problems regarding price, delays, quality of construction, title and other changes regarding the property. The most popular issue that the buyers face are delays in projects. The reasons for this are numerous and the impact is also huge. In the past decade, some of the projects have been delayed up to seven years. The development of some projects was halted even before the construction could begin. The primary reasons for these using the funds for other projects, regulation change by authorities, National Green Tribunal, the Environment Ministry and other bodies that are involved in the infrastructure development and governing transport. In some places, the acquisition of land becomes a major issue. Some developers sell the projects to the buyers without proper approval of plans, unauthorised increase in FAR, projects under litigation and bad quality construction.

Under the RERA, the promoters are required to maintain a separate escrow account for every project under their banner. 70% of the money that the developer receives from investors and buyers are to be deposited. They can use this money only to construct the concerned project and to bear other costs towards the land. The developers will have to keep the buyers informed about their other ongoing projects to ensure clarity. Under the RERA act, the builders will have to submit the original plans approved for the ongoing projects and the alterations that were made later. They will have to furnish all details of the revenues collected from allottees, how they were utilised, the timeline for completion of construction and delivery will have to be certified by an architect or engineer for practising chartered accountant. Every state regulator is responsible for the registration of real estate projects and the real estate agents that are operating in the state under RERA. The details of all the registered real estate projects will have to be published on the website for the public.

Before RERA was enacted, the buyers have complained and protested of being delivered poor quality construction. The regulators now ensure protection to the buyers for the next 5 years from the date of possession. If any issues regarding the quality of construction arise within this period, the developer will have to correct it in 30 days. Also without registering the project with regulatory authority the developers cannot advertise, sell, invite, market, offer or book any plot, apartment, house, building, investment in projects. After the project has been registered, the developers will be required to furnish details of all their financial statements, supporting documents and legal title deed. If a promoter does not deliver the project within the agreed deadline then they will be required to refund the whole amount to the buyer with a pre-agreed interest rate in the contract. If the buyer wants to take the money back the Builder will pay it on a monthly basis or a buyer can also agree to get the delivery of the property as soon as possible with compensation.

IGRS Telangana Services for all Citizens