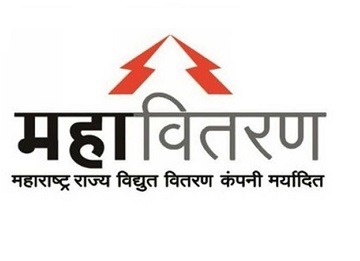 Mahadiscom stands for the Maharashtra State Electricity Distribution Co. Limited. There are several facilities offered for consumers at the State electricity agency. You can create your one-time Mahadiscom login details and this will help you get smooth Mahadiscom consumer portal access. At the web self-service portal, you will find several sections including the following:

As can be seen, the MSEB online bill payment facility is very easy and you can complete the procedure within a few simple steps as well.

The administrative structure covers four regions, 16 zones and 46 circles while the employee count has crossed 80,000 people over the years. There are also 38,154 vendors working with the power utility over the years. MSEB remains committed towards serving customers through the supply of high-quality and reliable power at competitive and reasonable rates in order to boost the growth of the industrial and agricultural sector alike. This is also a feather in the cap for Maharashtra’s economic development.

Mahadiscom has several achievements under its belt. These include the complete electrification of Gharapuri or Elephanta Caves. The opening ceremony for electrifying Gharapuri took place before the Chief Minister of Maharashtra and other notable dignitaries on the 22nd of February, 2018. 70 years post independence, the famous island which has the Elephanta Caves, the UNESCO World Heritage Site, received electricity for the first time via an undersea cable spanning 7.5 kilometres. This is the biggest undersea power cable in the country and the electricity supply was labeled by Prime Minister Narendra Modi as a suitable new beginning of a period of development.

The power utility is also behind the Saubhagya Yojna which commenced on the 10th of October, 2017, in the State of Maharashtra. Approximately 12 lakh, 56 thousand and 288 homes received electricity connections via this scheme in the State of Maharashtra. The 100% electrification goal was achieved by the end of December in the year 2018. Maharashtra under Mahavitaran posted the highest demand for power owing to the heat in October, back in the year 2018. The highest demand stood at a whopping 20,745 MW on the 23rd of October, 2018. In the fiscal year, 33 KV and 22 KV lines were commissioned in tandem with sub-stations. Also, the MSEDC Limited successfully commissioned a total of 225 new sub-stations along with 22 switching stations. Capacity was also augmented for transformers with 72 sub-stations throughout this fiscal. It goes without saying that progress has continued unhindered ever since. Several other initiatives include Backlog and Infrastructure Plan Project and IPDS among others.

Nitin Raut, the energy minister of Maharashtra, directed Mahadiscom to establish a dedicated helpdesk for tackling grievances of customers after MERC, the state regulator for electricity, supported power utilities, stating that bills charged from customers were in sync with regulations. MERC had asked for clarifications from the utilities after complaints by customers over higher bills in the month of June this year. Later on, MERC stated that discoms including Mahadiscom had followed all prevailing regulations for creating bills.

Current bills that were raised for readings on actual meters were for summer months which witnessed higher consumption and bills were majorly of high amounts. The balance amount, post adjustment of average bill amounts for March, April and May, could have led to higher bills in the month of June, 2020. MERC, however, directed the utility to ensure that easy EMI options were given to customers without any disconnection of power supply. Raut has asked Mahadiscom for establishing a helpdesk at the divisional stage while taking major initiatives for awareness inculcation amongst customers regarding the billing procedure. This will be done via multiple platforms including radio, television, Facebook, webinar and others. Mahadiscom allowed 3 months of EMI options for customers with regard to paying the bill seamlessly for the month of June, 2020.

Raut has also asked for a 2% discount for customers who have paid their bills for the month of June and also for those paying the bill as a lump sum amount. Those leaving for their villages in the lockdown period but having paid bills for three months on the estimated basis, will also be eligible for refunds in case extra amounts were paid. Post the revision order of the commission from 1st April, 2020, utilities have reduced power tariffs. Bills were however calculated on the earlier readings after the country went into the nationwide lockdown from 25th March, 2020.

Nitin Raut has also stated that customer complaints may be registered by sending an email to [email protected] or by calling 9833567777. WhatsApp and SMS facilities are also available for this number and the alternate number which is 9833717777. Complaints will be immediately tackled and customers are being intimated via Facebook Live, messages, webinars, local radio and through meetings that are being arranged in housing societies. Consumer grievance cells have also been established across all divisions by Mahadiscom.

All you need to know about the Delhi Urban Art…

TDS provisions on rent paid, under the income tax laws

Everything to know about GPRA and registration through the E-Sampada…