Sales transactions in Dubai reduce by 23% 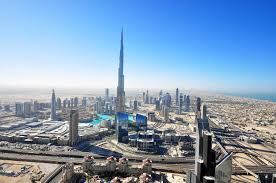 According to Chestertons MENA it has been one lousy summer for the Dubai property sector which has seen a dip in the in the number of sales transactions by about 23 % in the second quarter of the year as compared to the first one. In terms of volume and value the sales of off-plan properties dipped down by 28 per cent and 43 per cent respectively. In terms of transactions of completed units to there has been plunge in the number by 17 per cent in volume and seven per cent in value.

The only ray of hope that has been observed is in the sales of apartment which remained constant in the second quarter and in the sale of villas which increased by 3%. The rental rates however saw a decline of about 2% for both apartments and villas.
However the Head of Advisory and Research at Chestertons MENA, Gazivoda Vucinic, remained positive through this uncertain period as well stating that he still expects a turn of events by the end of second quarter. Being optimistic he stated that he expects that sales and rental values will maintain the same trend moving into the last quarter of the year when transactional activity picks up again.

If you take a look in the different property in Dubai you will come across varied trends. The apartment sales prices in Dubai Silicon Oasis grew 13 per cent while Jumeirah Village Triangle increased by 11 per cent. The sale prices for Palm Jumeirah villas, villas in Meadow and Springs and Victoria Heights increased by 10 per cent, 4 per cent and 2 per cent respectively. The most expensive that has been purchased in the quarter is a villa in Emirates Living which sold for a whooping AED 90 million. The other top areas as per the sales transaction volume were Dubai Marina, Palm Jumeirah and more.