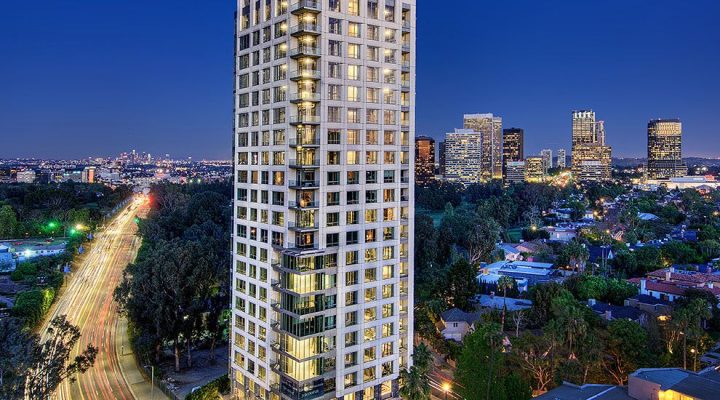 Amidst softening market sentiments in 2016, Dubai’s real estate industry could be set for a turn-around 2017. After rallying ahead in 2013-14, real estate prices started getting corrected in 2015 & 16 with average prices being slashed by around 12% since the dawn of 2015, as per estimates by Square Yards GIC. Slowdown also persisted in the rental markets. However, as the GDP is set for an anticipated growth of around 5%, 2017 could see turnaround for the real estate industry of Dubai.

Real estate market sentiments have been slow in 2016 on the back of slump in oil prices & a stronger dollar. Although, Dubai has a diversified economy with oil component playing a negligible role in the national GDP, the regional economy in the MENA region is highly reliant on oil revenue. As large percentages of investors in Dubai realty comes from regional economies, the ramifications of the oil price crash have been felt in the Emirate as well.

A pounding oil prices have also resulted in jobs cut in the oil sector thereby by softening the demand. Although job market expansion in other sectors such as tourism, hospitality & retail has offset this to some extent.

Secondly, buoyancy in the value of dollars against robles, pounds & euro have further negatively impacted the affordability of international realty investors. Other factors like BREXIT also made downward pressure on the real estate industry of Dubai. Traditionally, Britons along with Indians & Pakistanis are major international investor community in Dubai. However, after BREXIT, in H1 2016, the total amount of British investment has been in tune of USD 1 billion, down from USD 1.3 billion in H1, 2015.

Most of the major markets in Dubai such as Downtown, Al Barsha, Sheikh Zayed Road & Dubai Marina have contracted a bit; whereas other secondary locations such as Dubai Silicon Oasis (DSO), Dubai International City & Dubai Sports City continue to show capital appreciation on the back of affordable housing options. Amidst slowing sentiments, the developers introduced hosts of attractive payment schemes with focus also on the post hand-over of units.

Turn Around in Anticipation

In 2017, the market sentiments are expected to turn around with accelerated demand in the horizon.  UAE’s economy is expected to ramp up in 2017 that will fuel demand for residential units in 2017 through added job creation.

Major infrastructure projects including numerous Expo 2020 initiatives will be coming on stream that will again add strong momentum to the economy. Increased jobs will translate into higher demand for quality residential units. With an anticipated turnaround in Dubai’s outlook after the expo 2020, many international investors would like bet on real estate now to capture better returns in post 2020 period.

The tourism industry in Dubai, that is also the fourth most visited destination in the world will add more mileage to the real estate demand dynamics. The total tourism & leisure revenue of Dubai has been in tune of USD 11.5 billion, which is expected to reach USD 15.8 billion in 2020.

Dubai is also pioneering new paradigm of growth in which, along with traditional growth drivers such as construction, real estate, tourism & banking, strong focus will be given to tech based innovations. Numerous high profile, govt. backed incubator programs such as Dubai Future Accelerator (DFA) have been rolled to support budding entrepreneurs from around the world.

The emirate has also launched Dubai Design District (D3), a complete ecosystem to attract creative professionals. D3 will work as a common platform for creative minds to reside, collaborate, conduct business & prosper. Newer initiatives along with Dubai’s cosmopolitan culture & tax haven status could be a major pull for global, regional & local entrepreneurs to make the Emirate as the epicenter of their business activities.

A heightened status as an entrepreneur hub will be a major boost to the residential demand in the Emirate. With the arrival of a new bunch of creative individuals in the city, more innovations in the housing design could be observed.

Based on salubrious socio-economic conditions, the times to come will see increased real estate activities. However, there might some period of continued flattening, before the markets will actually pick up. Although markets will continue to see large volume of innovative financial deals in the mid budget markets; the luxury segment will also see uptick in demand on the back of rising demand & narrowing pipeline.

Resident Editor
« The landlord may not hike your rent this year
How internet is becoming the preferred medium for NRIs to buy Indian Property? »