₹ 1.99 Cr to 2.76 Cr ₹ 6600 Per Sq. Ft Onwards
Ready to Move
Pushpanjali Upscale Living is a excellent Project developed by one of the Dehradun well known Developers Pushpanjali Group. The various configurations in which the flat units are available on sale in this project are 3 BHK Flats at a minimum price of Rs 1.99 Cr and maximum price of Rs 2.15 Cr with Property Size ranging from 3013 Sqft to 3255 Sqft, 4 BHK flats at a price of Rs 2.76 Cr with Property size of 4180 Sqft. The Project is primarly located in Govind Vihar, Dehradun North . The Project has 21 Units. The Status of the Project is Ready to Move. 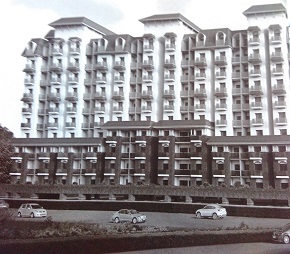 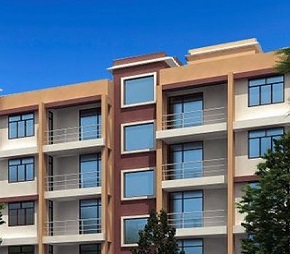 ₹ 56.98 Lac ₹ 3500 Per Sq. Ft Onwards
Ready to Move
Pearls Paradise is a value for money Project developed by one of the Dehradun well known Developers Pearls Infrastructure. The various configurations in which the flat units are available on sale in this project are 3 BHK flats at a price of Rs 56.98 L with Property size of 1628 Sqft. The Project is conveniently located in Govind Vihar, Dehradun North . The Project has 224 Units. The Status of the Project is Ready to Move. 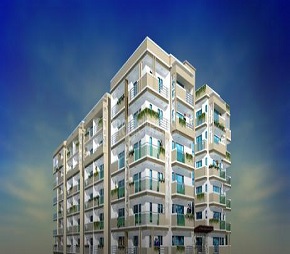 ₹ 69.56 Lac to 75.85 Lac ₹ 3700 Per Sq. Ft Onwards
Advanced Stage
Maxvel Residency is a budget friendly Project located in Govind Vihar, Dehradun North . This project has been developed by Maxvel Realtech Pvt Ltd who are one of the reputed developers in the Dehradun. The Project current status is Advanced Stage. It has 98 Units. The Apartment units are available in various configurations like 3 BHK Flats at a minimum price of Rs 69.56 L and maximum price of Rs 75.85 L with Property Size ranging from 1880 Sqft to 2050 Sqft. Govind Vihar is a popular locality in the city of Raipur, which was once deemed as a wonderful destination for tourists. With the launch of residential and commercial properties in Govind Vihar for sale by the renowned builders, the village has now earned a huge popularity in the realty sector. There are many advantages among which the most important one is location because it is in close vicinity to Delhi and even other regions of NCR could also be reached as shortly as you can. If you want to reach Govind Vihar by rail, then Dehradun railway station and Harrawala railway station are considered to be the nearby railway station. Thabo Road Bus Stop, Shamsher Garh Bus Stand, Shastradhara crossing bus stop, Nagar Nigam Bus Stand, and Chander Lok Colony bus stop are some notable bus stops located within a distance of 10 km.

The locality provides budget properties as compared to other hot real estate destinations. There are several scenic locations where renowned builders including Pushpanjali Group, Evolve Group, Saha, Grah Avas Vikas Ltd, and Sumeru Infrastructure have launched property in Govind Vihar such as Doon Trafalgar, Doon Trafalgar Extension, Grah Greenview Apartments, Saha Cordillera, Pearls Paradise, Maxvel Residency, Windsor Court, Sumeru Eastern Arc, Pushpanjali Upscale Living, and much more. As far as amenities are concerned, the builders have launched breathtaking structures and luxury apartments equipped with world-class facilities with an intention to cater to the requirements of young modern India. Even, varied size apartments will also offer a vast number of options to the residents.

With the development of Govind Vihar Real Estate, there will be a wide range of educational institutions such as Sai Grace Academy, Wings Education, Primary School Deep Nagar, Pajkiye Parthmik Vidhyalaya, Indira Gandhi National Open University, Amazon Institute of Hotel Tourism & Management, and CCMC Education to a few names. Therefore, the city has also now developed into an educational center. So, choosing Govind Vihar as a home location is beneficial for families with school-going children. Furthermore, there are several reasons that contribute to the development of real estate hereand also the increase of property rates in Govind Vihar.

First and foremost, Govind Vihar is a popular tourist spot that attracts loads of tourists, enthusiasts, and pilgrims looking out for serene environs. They increase the demand for residential properties in Govind Vihar. More than that, the lack of land or scarcity available in metros has sidetracked the focus of MNC towards the smaller localities of the country. Govind Vihar is one of them. The increasing demand from the technology sector to hold professionals’ needs many a number of residential space and this will lead to the development of theme townships in the locality. With the emergence of retail and commercial developments together with the proposed IT/SEZ, the residential sector is too seeing a high.  The booming economy of our country causes the overall development of India that implies that almost all the cities and industries will grow in the upcoming years. And this growth will eventually increase the prices and value of properties in India. Ultimately, Govind Vihar properties are too witnessing this rapid paced growth today.