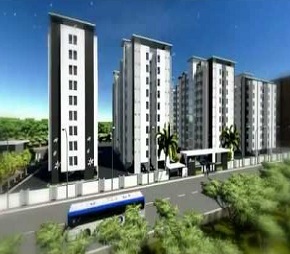 ₹ 8.00 Lac to 19.72 Lac ₹ 2650 Per Sq. Ft Onwards
Ready to Move
Rajpath Siesta is a budget friendly Project located in Gondal Road, Rajkot South . This project has been developed by Rajpath Builders who are one of the reputed developers in the Rajkot. The Project current status is Ready to Move.. The Apartment units are available in various configurations like 1 BHK Flats at a minimum price of Rs 8.00 L and maximum price of Rs 13.78 L with Property Size ranging from 302 Sqft to 520 Sqft, 2 BHK flats at a price of Rs 19.72 L with Property size of 744 Sqft.

South Rajkot region is located approximately 250kms far from the state’s capital Gandhinagar & Surrounded by Amreli and Junagadh District, Southern Rajkot inhabits several knowledge centers and fascinating buildings. South Rajkot has dense population that belongs to different religions and customs. Various languages are spoken such as Urdu, English, Hindi, Gujarati, Sindhi, Bengali, Tamil, Malayalam and Marathi. South Rajkot has constructed many facilities for its people convenience such as hospitals, banks, educational institutes and even some entertaining and religious sites. Numerous pilgrims also visit this part every year from almost all over worldwide in order to worship their deities. Also, Mahatma Gandhi ‘Father of Nation’, was studied in the city of Rajkot’s Alfred High School. so many heritage sites related to the life of Mahatma Gandhi are also there. About Rajkot, it is the fourth-largest city in the state of Gujarat, India, after Ahmedabad, Surat and Vadodara. Rajkot is the center of the Saurashtra region of Gujarat. Rajkot is the 35th-largest urban agglomeration in India, with a population more than 1.2 million as of 2015.