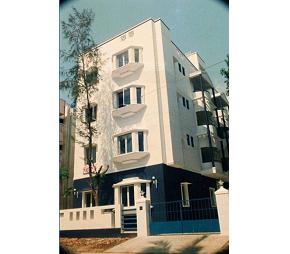 ₹ 2.98 Cr ₹ 14181 Per Sq. Ft Onwards
Well Occupied
Palmohan Apartments is an premium Project located in Moti Nagar, West Delhi and well connected by major road(s) like NH 10. This project has been developed by Palmohan who are one of the reputed developers in the Delhi. The Project current status is Well Occupied. It has 77 Units. The Apartment units are available in various configurations like 3 BHK flats at a price of Rs 2.98 Cr with Property size of 2100 Sqft.

It is one of the preferred areas in Delhi as it is situated near Patel Nagar, Kirti Nagar, Rajouri Garden, Bhikaji Kama Place, Connaught Place, Noida, Gurugram, and Punjabi Bagh. It is also connected to the Delhi Metro Network. It is well-connected to various other popular localities in Delhi.

The area has all the essential amenities in the vicinity, such as well-known schools, many entertainment centers, shopping malls, fitness centers, and markets. Moti Nagar also includes various specialty hospitals and healthcare centers in the vicinity.

What s not Great?

Moti Nagar is one of the 3 sub-division of the West Delhi District and is close to major localities nearby. As the locality falls in the developed parts of West Delhi, it has a robust commercial and residential infrastructure. It is also well-connected to Delhi Metro Network.

Moti Nagar offers various affordable properties and has good quality infrastructure. The locality includes various entertainment centers, shopping malls, and other amenities. Below are some of the popular malls that you can visit:

Moti Nagar has various specialty hospitals that offer efficient treatments to patients: Below are some popular hospitals and health care centers in the vicinity:

Moti Nagar has proper roadways that connect it to various major localities in Delhi. It has a well-established public transport system and has a railway station nearby as well. Many local buses run the area and connect to various parts of Delhi. Delhi Metro Network also connects Moti Nagar.

Moti Nagar has some prominent schools and colleges in the vicinity, along with fitness centers and multiple banks:

Moti Nagar has various popular places in the vicinity, such as India Gate, Dilli Haat. And the Rock Garden. The locality also has popular shopping malls and local markets nearby, famous for budget shopping and providing various entertainment options.