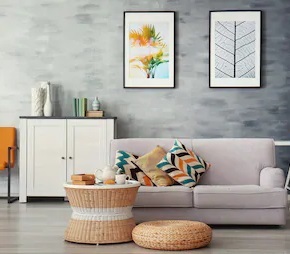 Price on request
1 BHK-2 BHK Flat
390 Sq. Ft. to 750 Sq. Ft. (Carpet)
DDA Janta Flat Mayur Vihar is a value for money Project developed by one of the Delhi well known Developers DDA. The Project is conveniently located in Mayur Vihar Phase III, East Delhi and well connected by major road(s) like DelhiNoidaDelhi Expressway.. The Status of the Project is Well Occupied.

mayur vihar phase iii has emerged as a sought-after residential locality in the east Delhi district. good connectivity of mayur vihar phase iii new delhi locality to the neighboring localities and cities such as chilla, trilok puri, kalyanvas, and himmatpuri and loni, ghaziabad and noida via an excellent network of roads such as pragati marg, ghazipur road, noida road, and delhi-meerut expressway.

proximity to the established retail, commercial and office hub of noida has resulted in the fast growth and rise in the property prices in mayur vihar phase iii. the other factors that have contributed to the demand of housing societies and the expansion of the real estate market in the neighborhood are good social infrastructure and metro connectivity. the metro station of sector 15 of noida serves the locality and is within 4 km of the area. safdarjung tomb is a key landmark of the locality.

mayur vihar phase iii has emerged as an ideal living destination with gyms, schools, markets, malls, banks, and hospitals close by. the neighborhood ranks favorable on the parameters of transport and market and an average of traffic and neighbor.

public buses, e-rickshaws and autos are available for transportation. a few of the local bus stops in the locality are gd colony bus stand, bharti public school and mayur vihar phase 3 bus stop

schools in this area:

banks in the area:

nearby atms for all prominent banks:

mayur phase 3 locality is a favorable residential locality in delhi with fitness centres, malls, schools, markets, banks, and atms close by. the neighborhood is ideal for living based on the transport and market parameters.