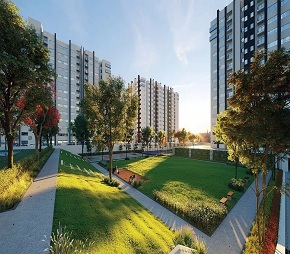 Embassy group presents India’s first Alexa enabled smart homes with an exclusive payment plan. The project is designed to offer an unparalleled experience to the residents. This new launch sprawling over 288 acres by Embassy group will bring cutting-edge technology to all its homes using Amazon Echo devices. This premium housing project is situated in one of the developing locales of North Bangalore and is surrounded by well-developed infrastructure.

Welcome to tomorrow’s technology in today’s home. Welcome to Purva Zenium by Puravankara. The contemporary architecture ensures maximum space utilisation in both 2 & 3 BHK units. When we say futuristic, there’s a strong base to the claims. The project is a part of a 150-acre expansive community of premium homes, retail, and leisure. Three step water harvesting, purification, and recycling ensures there’s never a need of an additional water purifier. BluNex Life, with hands-free help from Google Homes, gives you an intelligent living experience, beyond imagination. Then there’s Oxygen Club that adds to your health benefits. A wide range of amenities helps keep all members of the family entertained. Extended balconies are a perfect evening getaways. Invest in your smart home today! 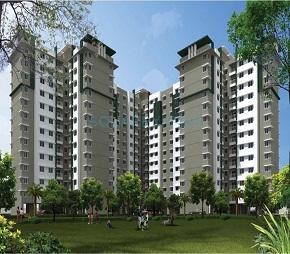 Rays of Dawn is the 2nd Phase of Provident Sunworth Residential Project, thoughtfully designed just off the Mysore Road and NICE Junction. It offers compact yet spacious 2- & 3-Bedroom Apartments receiving maximum sunlight and cross-ventilation. The 2 BHK flats are spread over an area of 632 sqft and the 3 BHK homes span over an area of 775 sqft. The project has a total of 2776 units in 29 huge towers. The exclusive clubhouse and the prime location are the things which make this property even more attractive.

Ready to Move In Homes 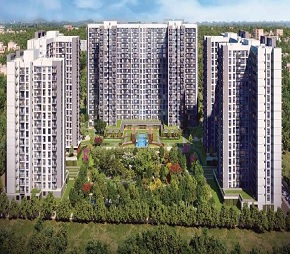 ₹ 24.99 Lac to 45.00 Lac
New Launch
Godrej Royale Woods is a excellent Project developed by one of the Bangalore well known Developers Godrej. It is spread across 13 acre. The various configurations in which the flat units are available on sale in this project are 1 BHK flats at a price of Rs 39.99 L with Property size of 786 Sqft, 2 BHK Flats at a minimum price of Rs 40.00 L and maximum price of Rs 45.00 L with Property Size ranging from 952 Sqft to 1044 Sqft. The Project is primarly located in Devanahalli, North Bangalore and well connected by major road(s) like Bellary Road. The Project has 1678 Units. The Status of the Project is New Launch.

A sprawling 6 acre development with a clubhouse spread in an area of 11,500 sq. ft., Shriram Liberty Square is located in E-City ph-II and is just 10-mins from E-City ph-I which is a major tech hub of Bengaluru. The clubhouse boasts of an array of amenities that cater to specific leisure needs of all age-groups. All homes are Vastu compliant, means there are no South-facing units. These amazingly crafted 2 and 3 bed homes at a price you never imagined offer great rental yield & high appreciation potential. Ideal for the first time home buyer, Liberty Square offers spacious homes at an unbeatable price, thus making it a good investment opportunity.

Spacious Homes at an Unbeatable Price 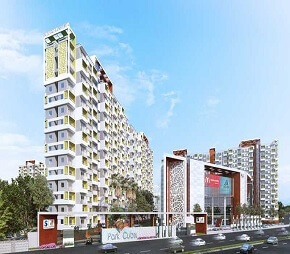 Salaarpuria Sattva presents one of the fastest appreciation properties in Bengaluru, Park Cubix. Located just 10 minutes from the International Airport offers contemporary homes to suit your budget. 1, 2 and 3 BHK well-crafted homes with great amenities, open on two sides, to give great views and natural light. Complete with 2 grand clubhouses for both lifestyle and fitness amenities with more than 50 indoor & outdoor amenities for all age group as well as your pets. Inspired by a vision to provide a healthy lifestyle in a fast-growing area, Park Cubix sprawls over 18 acres and houses 1620 premium homes amidst lush green parks and tree-lined pathways. 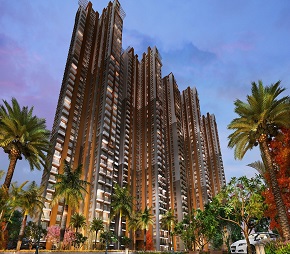 Pashmina Waterfront, located on Old Madras Road, Bengaluru is offering you the freedom to customize your home, your way. A large 3 BHK Bare Shell Apartment is all yours to design. Located just 5 km from the KR Puram Cable Bridge and 40 mins from Bengaluru International Airport, Pashmina Waterfront consists of 5 towers spread over 7.5 acres with only 4 flats built on each floor of 4 towers and 2 flats built on each floor of 1 tower. Pashmina Waterfront is where you will discover well planned and truly spacious signature living.

A Home Designed Uniquely for You 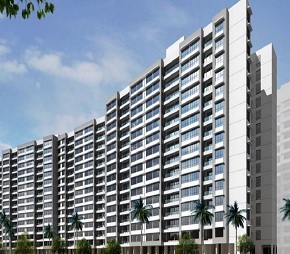 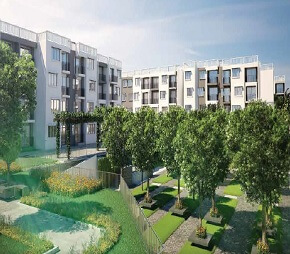 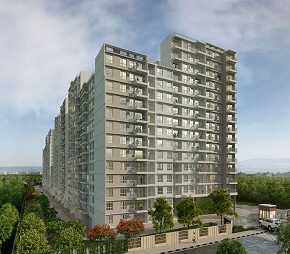 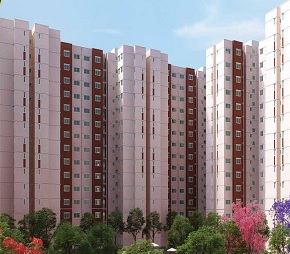 ₹ 43.22 Lac to 60.96 Lac ₹ 4516 Per Sq. Ft Onwards
Ready to Move
Shriram Greenfield is a value for money Project developed by one of the Bangalore well known Developers Shriram Properties. It is spread across 19.47 acre. The various configurations in which the flat units are available on sale in this project are 2 BHK Flats at a minimum price of Rs 43.22 L and maximum price of Rs 60.96 L with Property Size ranging from 935 Sqft to 1350 Sqft. The Project is conveniently located in Budigere, East Bangalore and well connected by major road(s) like Old Madras Road. The Project has 1645 Units. The Status of the Project is Ready to Move. 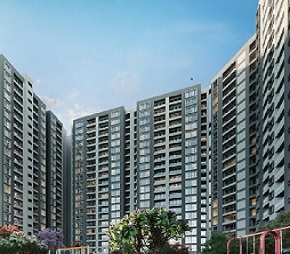 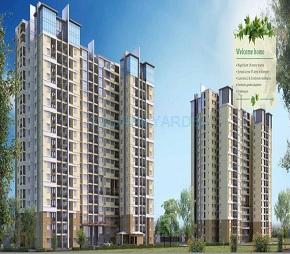 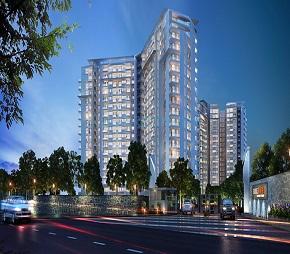 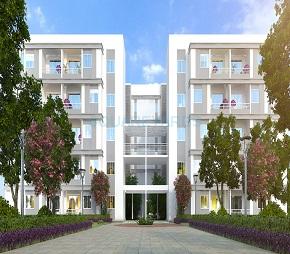 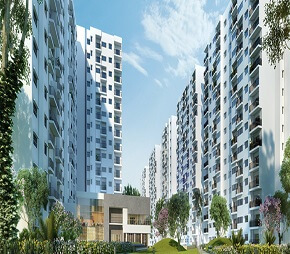 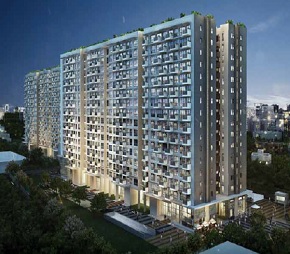 ₹ 1.19 Cr to 2.45 Cr
Early Stage
Birla Alokya is an exclusive Project located in Whitefield, East Bangalore .The total area in which Birla Alokya has been built is 7.9 acre. This project has been developed by Birla Estates who are one of the reputed developers in the Bangalore. The Project current status is Early Stage. It has 218 Units. The Apartment units are available in various configurations like 3 BHK Flats at a minimum price of Rs 1.19 Cr and maximum price of Rs 2.13 Cr with Property Size ranging from 1381 Sqft to 1990 Sqft, 4 BHK flats at a price of Rs 2.45 Cr with Property size of 2295 Sqft. Know More About Flats in Bangalore

Buy flats in Bangalore with the help of SquareYards, the number one solution for all your property buying needs. There are several available options in the city when it comes to apartments. The city is known as the Silicon Valley of India and this has created massive demand for quality housing options here as well.

You will find several options pertaining to an apartment in Bangalore only at SquareYards. SquareYards has the biggest inventory of projects in the city. It helps you filter out the perfect flat in Bangalore based on your own criteria like the location and residential zone, major connecting roads near the project, developer, configuration and unit preferences and other project attributes. You will find several new launches, pre launches and ready to move properties in the city with the help of SquareYards. You can also search across multiple categories like luxury, ultra luxury, premium, mid range and other affordable and entry level apartments as per your own budget. Property prices in Bangalore usually range between INR 2, 980 and 20, 000 per sq. ft. on an average. Leading developers like Mantri, Prestige, Sobha, Puravankara, Salarpuria, Shriram, Pride, Embassy, Sterling, Century, Mahaveer, Nitesh Estates, Golden Gate and Kolte Patil have a significant presence in the city apart from many others. 2 and 3 BHK residential apartments in Bangalore are mostly available although 4 BHK configurations can be found at some places. Areas like Hosur Road, Electronic City, Whitefield, Jayanagar, Sarjapur, Tumkur Road, Hebbal, Hennur, Gottigere, Yeshwantpur, ITPL, Yelahanka and Jakkur are witnessing rapid residential development along with several others.

Demand for Bangalore apartments has gone up hugely with the influx of professionals from other states and cities into the city. The IT and ITeS boom along with the thriving corporate, government, educational and research sectors have also contributed to the growth of the working population in the city and the rising demand for quality apartments. Bangalore is home to some of the best companies in the world including Microsoft, Google, Mercedes Benz, General Electric, Bosch, Toyota, Boeing, Shell and Philips among others. There are several IT Parks and leading IT companies like Infosys and Wipro are also headquartered in the Garden City.

Bangalore is home to several leading restaurants, lounges, pubs, concert venues, shopping malls, entertainment and recreational zones and other shopping areas. There are several reputed educational and research institutes located in Bangalore along with leading hospitals. Bangalore offers a vibrant railway network in addition to the Namma Metro transit system. The Volvo and BMTC bus networks take care of internal connectivity while the Kempegowda Airport at Devanahalli is the major gateway for all air traffic. Bangalore also has a comprehensive road network comprising of expressways, national highways, major thoroughfares and flyovers. Bangalore offers excellent civic and social infrastructure in addition to really pleasant weather all throughout the year.

If you wish to purchase Bangalore flats, you should look no further than SquareYards. SquareYards offers the latest projects and the best apartments for your perusal in addition to all necessary buying assistance.