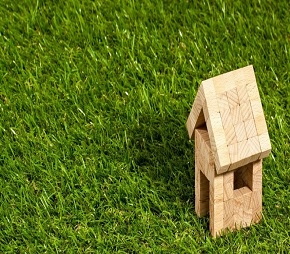 ₹ 11.20 Lac to 33.60 Lac
800 Sq. Ft. to 2400 Sq. Ft. (Carpet)
Samruddhi Green City Phase 2 is a budget friendly Project located in Mysore Road, West Bangalore . The total area in which Samruddhi Green City Phase 2 has been built is 28.42 acre. This project has been developed by Samruddhi Developers who are one of the reputed developers in the Bangalore. The Project current status is Early Stage. It has 377 Units ₹ 63.50 Lac to 1.23 Cr
2 BHK-3 BHK Flat
927 Sq. Ft. to 2450 Sq. Ft. (Carpet)
Bhagini RJM Enclave is a value for money Project developed by one of the Bangalore well known Developers Bhagini Developers. It is spread across 30 acre. The Project is conveniently located in Mysore Road, West Bangalore and well connected by major road(s) like Mysore Road N R Road.. The Status of the Project is New Launch. Price on request
0 Sq. Ft. (Carpet)
SKC Rhythem is a value for money Project developed by one of the Bangalore well known Developers SKC Builder And Developers. It is spread across 2.15 acre. The Project is conveniently located in Mysore Road, West Bangalore .. The Status of the Project is New Launch.

Mysore Road should surely be one of your top locational choices if you are looking for new upcoming residential projects in Bangalore. Mysore Road is a state highway that connects the cities of Bangalore and Mysore. Compared to other parts of the city, the Mysore Road real estate sub-market had initially a slow start, due to the absence of strong economic drivers and also since a considerable portion of the sub-market features dense and old developments on small parcels of land. However, Global Tech Village, an IT special economic zone by Tanglin Development, along the Mysore Road has given a significant boost to the launch of several residential apartments in this micro-market.

Checking out new launch residential projects in Mysore will definitely not let you down as the western extension of the metro line from Mysore Road Terminal to Kengeri will enhance its connectivity, having stations at Nayandahalli, Rajarajeshwari Arch, Bangalore University Gate, and RV College of Engineering. This will have a notable impact on the demand of residential property in the vicinity in the future. Further, the location also promises ample educational institutions, hospitals, and entertainment centres, including Wonder La Amusement Park, Innovative Film City, and Eagleton Golf Club. Besides, there are several ongoing infrastructural developments here, such as Peripheral Ring Road, Metro line, and widening of roads. This has consequently paved the wy for the growth of realty market in this area.

Several prestigious real estate developers like Salarpuria Group, Jain Housing and Constructions, ERA Group, Provident Housing, Gopalan Developers, and Prestige Group have launched their projects as part of new upcoming projects in Mysore Road. Birla Apple Spire, Salarpuria Sattva Altana, Navami Symphony, Gopalan Olympia, DS Max Silver Bell, are amongst the numerous premium projects in this area, which offer 1, 2, 3, and 4 BHK configurations. There are also a few landmark villa projects which offer luxurious villas with 4 and 5 BHK configurations. However, the residential sector on Mysore is mostly dominated by low and mid-range apartment projects, with the high-end residential market still being at a very nascent stage. So, the affordability factor also plays a key role when it comes to new development in Mysore Road.