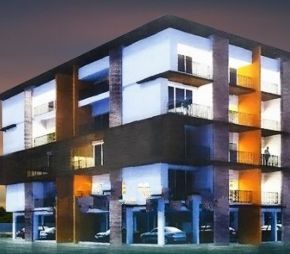 ₹ 47.57 Lac ₹ 4090 Per Sq. Ft Onwards
Advanced Stage
Prabhudessai Regalia is a budget friendly Project located in Navelim, Goa South . This project has been developed by PRABHUDESSAI REALTORS who are one of the reputed developers in the Goa. The Project current status is Advanced Stage. It has 16 Units. The Apartment units are available in various configurations like 2 BHK flats at a price of Rs 47.57 L with Property size of 1163 Sqft. 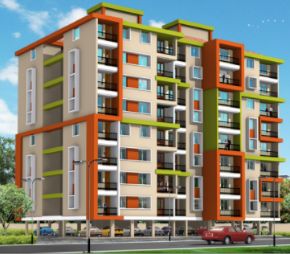 ₹ 59.85 Lac to 69.00 Lac ₹ 4275 Per Sq. Ft Onwards
Advanced Stage
Supreme Colmorod County is an affordable Project by Supreme who are one of the renowned developers in Goa. It is located in Navelim, Goa South .The Project has 170 Units. The status of the Project is Advanced Stage. The flat units on sale are available in various configurations like 2 BHK Flats at a minimum price of Rs 59.85 L and maximum price of Rs 69.00 L with Property Size ranging from 1400 Sqft to 1614 Sqft.
1 /projects-in-navelim-goa
Check Hottest Selling Project in

Navelim is a town and suburb of the city of Margao situated in the Salcete sub-locale of South Goa region, Goa, India. Navelim has populace of 12 323 of which 6 875 are guys while 5 448 are females according to report discharged by Census India 2011. It was once in the past a substantial town of Salcete and is presently a standout amongst the most crowded towns in South Goa. Navelim's congregation was first worked by the Jesuits in the 1590s; the present, Portuguese-style whitewashed structure was built later on when the more established building turned out to be too little. The remaking was clearly financed by a neighbourhood trader who was spared from liquidation through the intervention of Our Lady of the Rosary. As indicated by legend, this congregation was worked in mud like alternate chapels in Salcete in the vicinity of 1594 and 1598. The manufacturers were Jesuits and it was financed by the villagers. The primary area cleric of Navelim Church was a French Jesuit Fr. John Sena. As time passed, the congregation turned out to be little for the developing populace. Later on, it was reproduced with laterite stones on a bigger scale by a rich Goan vendor, whose name isn't given. This dealer, as indicated by legend, while going through the primary street running before the above chapel, got the message that he would lose a generous measure of cash in his business. When he got this message, he entered the congregation and began appealing to Our Lady of Rosary, asking for her to diminish him from this disaster. In the event that his petitions were replied, he guaranteed to recreate the first church, on a bigger scale. In the occasion he recuperated what he had lost, as well as acknowledged twofold the sum. He at that point financed the whole recreation of the congregation and furthermore restored the statue of our Lady of Rosary.