₹ 49.06 Lac to 78.09 Lac ₹ 3800 Per Sq. Ft Onwards
Mid Stage
Saad Sammrudhi is a value for money Project developed by one of the Goa well known Developers Saad Infrastructure India Pvt Ltd. The various configurations in which the flat units are available on sale in this project are 2 BHK Flats at a minimum price of Rs 49.06 L and maximum price of Rs 78.09 L with Property Size ranging from 1291 Sqft to 2055 Sqft. The Project is conveniently located in Ponda, Goa Central . The Project has 28 Units. The Status of the Project is Mid Stage. 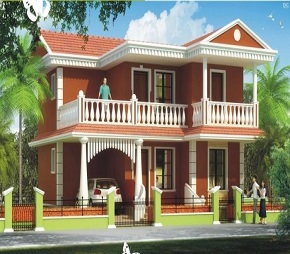 ₹ 37.57 Lac to 51.26 Lac ₹ 3720 Per Sq. Ft Onwards
Well Occupied
Raj Mudra is an affordable Project by Raj Housing Development Pvt Ltd who are one of the renowned developers in Goa. It is located in Ponda, Goa Central .Raj Mudra is spread across 2.5 acre. The Project has 104 Units. The status of the Project is Well Occupied. The flat units on sale are available in various configurations like 2 BHK Flats at a minimum price of Rs 37.57 L and maximum price of Rs 39.25 L with Property Size ranging from 1010 Sqft to 1055 Sqft, 3 BHK flats at a price of Rs 51.26 L with Property size of 1378 Sqft. 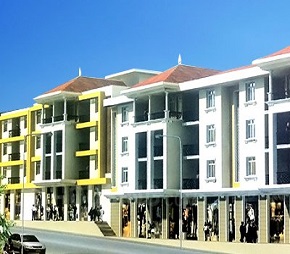 Ponda otherwise called Fonda, is a city and a civil committee in the South Goa region of Goa, India. Situated in the focal region of Goa, Ponda lies 28 km (17 miles) southeast of Panaji, the capital of Goa and 17 km (10.6 miles) upper east of Margao, the region capital Ponda is otherwise called "Antruz Mahal" in view of the nearness of various well known sanctuaries and rich social legacy. The modern focus of the state, Ponda is home to numerous extensive manufacturing plants and mechanical homes, and is Goa's quickest developing city. Ponda shaped piece of the Novas Conquistas (New Conquests) of Portuguese India. It was led by the Sonde Rajas under the Vijayanagara Empire and the Bijapur Sultanate. In the sixteenth century, because of the nonappearance of the Portuguese, Ponda was a place of refuge for Hindus escaping oppression by Jesuits and the Portuguese. In 1675, Chhatrapati Shivaji Maharaj seized Ponda from the Bijapur Sultanate. It remained some portion of the Maratha Empire until 1764. Under Shivaji, Saundekar Raja was the vassal of Ponda. As per the 2011 statistics of India, Ponda had a populace of 22,664. Guys constituted 51.8% of the populace and females 48.2%. Ponda had a normal education rate of 85.2%, higher than the national normal of 74.0%, with male proficiency at 86.7% and female education at 83.5%. In Ponda, 9.9% of the populace was under 6 years of age. Konkani is the most broadly talked dialect. Ponda is the passage to Goa's untamed life asylums, both the Bondla and the Mahavir Wildlife Sanctuary, and furthermore to the Dudhsagar falls. The close-by Butterfly Conservatory of Goa pulls in nature fans. It is at Pisgal, Priol, and near the Tropical Spice Plantation.