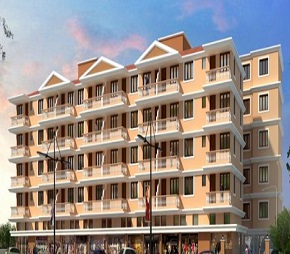 ₹ 42.72 Lac to 49.49 Lac ₹ 4100 Per Sq. Ft Onwards
Advanced Stage
Talak Shivam is a budget friendly Project located in Qupem, Goa South . This project has been developed by Talak Constructions who are one of the reputed developers in the Goa. The Project current status is Advanced Stage. It has 36 Units. The Apartment units are available in various configurations like 2 BHK Flats at a minimum price of Rs 42.72 L and maximum price of Rs 49.49 L with Property Size ranging from 1042 Sqft to 1207 Sqft.
1 /projects-in-qupem-goa
Check Hottest Selling Project in

Quepem is a town with a city gathering in South Goa region in the Indian province of Goa. The town is the authoritative home office of the Quepem sub-locale. The town was built up by a Portuguese honourable man Deao Jose Paulo, the senior member (Deao) of the congregation in AD 1787 after he moved there only five years after the success of Quepem sub-locale by the Portuguese. He fabricated his popular Palacio do Deao, trailed by an open market, healing centre, a congregation and different offices for the advantage of the occupants through his own cost. He was later granted the informal title of Barao de Quepem by the then emissary D. Manuel Francisco Zacarias de Portugal e Castro. Quepem city before AD 1787 was a scattered settlement encompassed by thick wilderness. It was arranged in the regal state managed by the Soonda's. At the point when Hyder Ali started assaulting and attaching the state, the royal family swung to the Portuguese who quickly went up against Hyder Ali's powers and repulsed them back, and in addition financed the organization of the state. Having no beneficiary to succeed, the then ruler gave finish control of the regions to the Portuguese for their liberality in 1783. In AD 1787, Deao Jose Paulo de Almeida exchanged his living arrangement from Old Goa to Quepem and established a villa. Quepem was, back then, secured with woods. He requested the planting of rice, coconut palms and other natural product trees. He set up an open market, clinic and different offices for the advantage of the tenants. He additionally established the Santa Cruz church, at his own cost, as engraved on the pyramidal structure in the churchyard. It is trusted that the Deao, started by raising two segments at the passageway of Quepem. From there on, he got consent that criminal wrongdoers who entered this town over these sections to work could restore themselves in this town which he had established. Hence, he could set up Quepem as arable, self-managing and tenable place.