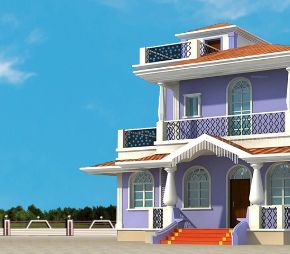 ₹ 1.10 Cr to 1.13 Cr ₹ 6017 Per Sq. Ft Onwards
Ready to Move
Asian Dona Rosa II is an a beautiful Project by Asian Constructions who are one of the renowned developers in Goa. It is located in Varca, Goa South .The Project has 2 Units. The status of the Project is Ready to Move. The flat units on sale are available in various configurations like 3 BHK Flats at a minimum price of Rs 1.10 Cr and maximum price of Rs 1.13 Cr with Property Size ranging from 1828 Sqft to 1875 Sqft.
1 /projects-in-varca-goa
Check Hottest Selling Project in

Varca is an enumeration town in South Goa region in the Indian territory of Goa. Varca is famous for its shorelines, henceforth it has turned into a mainstream goal for sightseers. The column of wooden angling water crafts seen on the shoreline has a place with the Christian angling group. Prominent shoreline resorts in Varca incorporate the Ramada Caravela Beach Resort, ZURI White Sands Resort, the Club Mahindra Varca Beach Resort As of the 2001 India evaluation, Varca had a populace of 4859. Guys constitute 47% of the populace and females 53%. Varca has a normal proficiency rate of 77%, higher than the national normal of 59.5%: male education is 80%, and female education is 75%. In Varca, 10% of the populace is under 6 years old. Starting today, the populace is around 25,000. The vast majority of the guys in Varca, take up employments as Sea farers or as NRI(Non Resident Indians) in the centre east like Kuwait, UAE and Bahrain. The Town for the most part involves Catholics and Hindus. Organizations have blasted in Varca, since it is a touristic spot for significant inns. Numerous banks like HDFC and Corporation Bank have opened their administrations in the town of Varca. Home Center and Magson's Supermarket give an entire shopping knowledge to visitors and local people. The Our Lady of Gloria church is viewed as one of the most established structures in Varca. It is as yet operational with local people and numerous sightseers going to its administrations. Adjacent to the congregation, is St Mary's High School, which is overseen and keep running by the congregation.