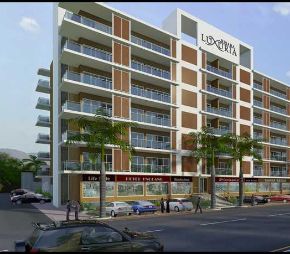 ₹ 5.00 Cr ₹ 11000 Per Sq. Ft Onwards
Advanced Stage
Marvel Bellaza is an an elegant Project by Marvel Landmarks Pvt Ltd who are one of the renowned developers in Goa. It is located in Taleigao, Goa North .The Project has 9 Units. The status of the Project is Advanced Stage. The flat units on sale are available in various configurations like 3 BHK flats at a price of Rs 5.00 Cr with Property size of 4545 Sqft.
1 /projects-in-taleigao-goa
Check Hottest Selling Project in

Taleigao is a created town in Ilhas de Goa flanked by the Arabian Sea toward the west, immense tracts of fields toward the east, Odxel-Vaiguinim-Dona Paula toward the south and Santa Inez-Bhatlem toward the north. Found only five kilometers from Panjim, Taleigao was the silo of the north Goa amid the Portuguese period, as tremendous tracts of agrarian land were under rice development. The substance of Taleigao lies in its heavenly spans of palm – bordered shorelines, the brilliant green paddy fields and Nagalli slope, classical houses and manors, wide streets, trails, old fashioned church, movement hovers decorated with titles, sanctuaries and sanctuaries, instructive establishments, inns and obviously its neighbourly and carefree occupants. The populace is blended with parcel of pioneers from different parts of Goa and outside Goa, particularly on the Dona Paula Plateau and somewhere else. The first occupants are Gawda clans who were (and still some of their relatives) associated with development of the Comunidade arrive. Generally, agribusiness and agriculture was the primary control of the villagers. Taleigao is honoured with tremendous tracts of land where rice is utilized to be developed amid storm and vegetables were developed in summer. The level bit on the slope tops were used to develop woman fingers, raggi, wind gourd, edge gourd, and so forth, in storm season. Taleigao's tambdi bhaji, sweet potatoes, brinjals, chillies, bottle gourd, and so forth, are acclaimed for their taste all finished Tiswadi taluka. Since the most recent decade, cultivating is on decay due to high work costs, flooding of the fields in rainstorm due to non-upkeep of water channels, youth taking up various occupations, movement of families to different nations, and so on. Solid structures have assumed control over the rural land in Taleigao which has changed the town into an urban settlement.