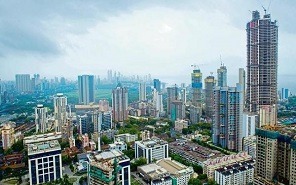 Mumbai has done it again! Another megalithic deal has just materialized in the Mumbai realty market, showing that there is still a lot of potential untapped in Maximum City. Brookfield Asset Management, a Canada based company has shown interest in buying some top real estate property in Mumbai and it would soon be acquiring Mars Enterprises, owned by Sanjay Narang, for a staggering amount of Rs 750 crores. The prime asset is spread across 9.67 acres and it has a 100 room hotel. The property is located on Sahar Road in Andheri East and for the last seven or eight years, Mr. Narang had been looking for buyers to sell the property. He owns premium restaurants in the city like the Pizza by the Bay, Eat Around the Corner and also luxury hotels like the Gordon House and Rokeby Manor.

Brookfield has already signed a MoU to buy the entire property on 9.67 acres of land. There is a well-known Waterstones Hotel, which is a five star boutique hotel and a club, located on one part of the property. Brookfield has always been associated with rapid commercial real estate and wants to develop the rest of the vacant land on the property into premium office space. It has been confirmed by sources that the token money has already been paid by the buyers as a part of the transaction but representatives from both the parties have declined to comment at this point.

More on the deal

However, it was reported that Brookfield had primarily gone ahead with the deal because they saw huge potential in developing office space on that land. Brookfield is based out of Toronto in Canada and they have already built an impressive commercial real estate port folio in India. They have already built office space of about 25 million sq feet in the last six months in India and they are currently valued at 3.5 billion dollars. The vacant land in the property they are going to acquire from Scotland based Sanjay Narang will be used to develop 1.3 million sq feet of office space.

The transaction is coming at a crucial time when large global funding companies and real estate developers are showing interest in buying fully leased prime commercial assets and they are capitalizing on the growing demand of premium office space in the country. A paucity of fresh supply was notices as far as prime assets were concerned and that has pushed developers to build new units on vacant plots. Brookfield has gone over and beyond the regular market price and paid about 30% to 40% more than the market rate to acquire this plot, as the land price in the same area is about Rs 60 to 70 crores per acre.

Narang, who shifted base to Scotland a couple of years ago was looking forward to monetizing some of his assets and he could not have got a better deal. The property at Andheri was too expensive and no Indian buyer had shown interest in it. Even a few years ago, the plot of land with the hotel in it, had an asking price over Rs 1000 crores. Thanks to the demand of developing commercial offices, and with the help of global funds, which has increased in the last couple of years, the deal became finally possible. It is expected that Brookfield will build one of a kind office space in the commercial capital of India and industry experts are eager to see what they will come up with. On completion, the office units will command some of the highest rentals in the country for sure which is sure to give them the profit they have envisioned by investing so heavily in the land.

Resident Editor
« Has the new Union Budget been positive for the real estate sector?
Your guide to the new tax break offered on interest payable on affordable housing loans »

Cost of Living in Mumbai: Here’s a handy guide you…

Mumbai vs Bangalore: Comparing their cost of living quotient