In a massive boost for connectivity across the entire Delhi-NCR, DMRC (Delhi Metro Rail Corporation) has reportedly proposed a pioneering corridor linking the Red and Blue Lines of the Delhi Metro network. This will be a unique and much needed move for taking connectivity to the next level as far as residents are concerned.

DMRC is reportedly planning to develop a new metro corridor to the Delhi Metro Red Line station in Mohan Nagar from the Blue Line station at Noida Electronic City. The project cost may be anywhere around Rs. 1,786 crore as per reports.

Key details about the project

This mega project, once it takes off, will contribute greatly towards the improvement of connectivity for people in several parts of Delhi-NCR. Here are some of the key details about the project.

The Vaishali corridor will extend to Sahibabad as part of the fourth phase of the Delhi Metro project. The revised DPR has been done for the project as mentioned earlier. The corridor length has been revised to 4 kilometres and the estimated cost of the fourth phase is around Rs. 1,486 crore. In another development, the Noida City Centre to Noida Electronic City corridor of the Blue Line of the Delhi Metro was inaugurated sometime earlier by Prime Minister Narendra Modi. The corridor will have 6 elevated stations, namely Sectors 52, 34, 62, 59, 61 and also the Noida Electronic City.

The extended metro corridor has made the Blue Line much closer to the Aqua Line which has been newly established. The latter links Noida and Greater Noida. The Blue Line’s Sector 52 station on the Blue Line is located in close proximity to the Sector 51 metro station on the Aqua Line. This is run by the NMRC (Noida Metro Rail Corporation). Post the commencement of this metro section, the Blue Line connecting Sector 21 in Dwarka and Noida Electronic City will extend to a handsome 56.5 kilometres. Prime Minister Narendra Modi has recently inaugurated the Dilshad Garden-New Bus Adda Red Line portion which covers 9.4 kilometres in all. The entire corridor between Dwarka Sector 21 and Electronic City will be the second largest metro corridor for the Delhi Metro after the Phase 3 corridor between Majlis Park and Shiv Vihar which spans 59 kilometres.

This section will majorly boost the real estate market in several areas including Sectors 52, 34 and 22 along with commercial zones such as Sectors 62, 61 and 59 along with Electronic City. This will also be a major boost for those living in Ghaziabad. The distance between the metro station in Sector 51, upcoming metro station on the Blue Line at Sector 52 and Aqua Line terminus in Noida is roughly 300 metres as per experts. This goes to show how connectivity will be greatly boosted overall for residents.

What’s expected in Phase IV of the Delhi Metro?

The Phase IV blueprint of the Delhi Metro reportedly had 6 metro corridors in all and three of these have already obtained approval. The proposed Phase IV will further boost connectivity in the Delhi-NCR while enhancing overall infrastructure development and residential realty markets at the same time. As per government reports, the Union Cabinet, led by Prime Minister Narendra Modi, has already issued its approval to the Aero City-Tughlakabad, Mukundpur-Maujpur and R K Ashram-Janakpuri West metro lines.

There will be enhanced airport connectivity via the Tughlakabad-Aerocity metro corridor. There are three corridors that span 61.679 kilometres and these comprise of 17 stations which are underground and 29 stations which are elevated. From the entire length, roughly 22.359 kilometres will be underground while the elevated portion will comprise of 39.32 kilometres. The cost of completion for these metro corridors is estimated at roughly Rs. 24,948.65 crore. These new metro corridors will decongest several vital roads and also lower overall vehicular pollution.

There will be 6 stations for the Maujpur-Mukundpur route, namely Jagatpur Village, Yamuna Vihar, KhajuriKhas, Bhajanpura, Burari and Soorghat. Enhanced connectivity options will help people travel better to various parts of the Delhi-NCR and once these major projects are implemented, there will be a higher number of interchange stations linking these new routes to the current corridors of the Delhi Metro network. 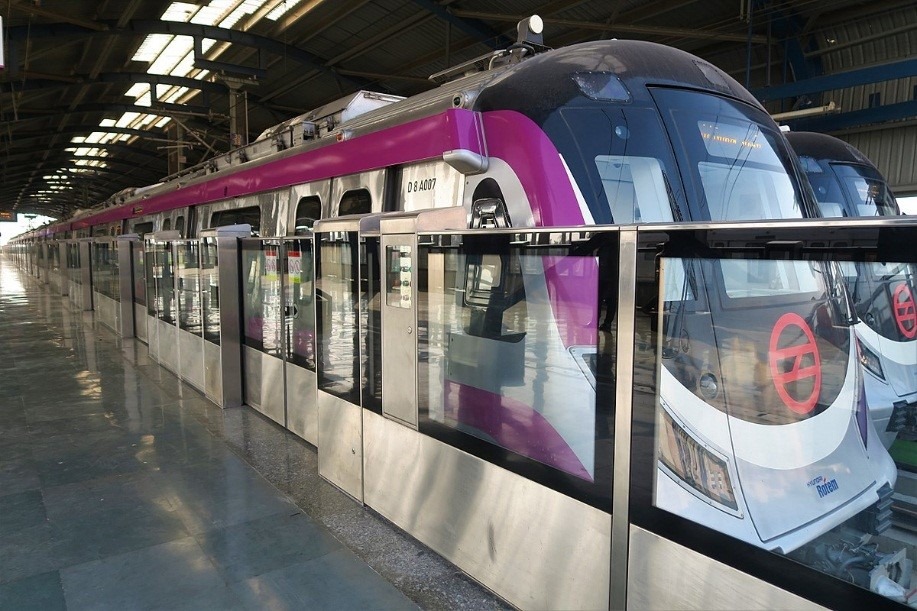 Cost of Living in Delhi: Updated Prices & Expenses in…

Delhi Metro Red Line Services to Extend Up To Ghaziabad…