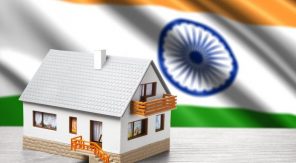 An NRI investing in their home country of India is nothing new. There have been countless instances when an Indian has gone abroad, made a decent living and then returned to India to invest in properties, fixed deposits and jewelry after converting all those hard earned dollars and pounds into rupees. It indeed made them quite rich according to Indian middle class standards and it is also something that has driven hundreds of thousands of Indians to choose a career abroad. It’s kind of living the American dream with an Indian sub-twist isn’t it?

Some however, choose not to return, and yet they keep on investing in the Indian economy, exponentially increasing their wealth in a relatively short period of time. However, the rules are much stringent today than what they used to be and now NRIs have to keep in mind some pertinent legal factors as they invest in real estate in India.

Even in 2018, investing in the Indian real estate was quite fruitful for NRIs. The NRI population itself has grown quite rapidly in the last decade or so, after more and more Indians have travelled abroad due to their corporate jobs. Reports estimate that there are about 12 million NRIs in all, across various countries over the world. However, instead of investing abroad, they are more attracted to the Indian market for investments, something which might strike you as unusual, considering India is still a developing country. The reason for this is however, a higher currency valuation and better social infrastructure coupled with improved standards of living. This has at least made it possible for NRIs to live at par with global peers in India now. Also, the improved transparency in the realty market courtesy RERA and GST has also drawn several NRI investors to the domestic housing sector.

Not just NRIs, but also Persons of Indian Origin or PIOs, and Overseas Citizens of India or OCIs are thinking of buying their second homes or other property back in their own country. This practice is slowly gaining momentum and since prices have also bottomed out to an extent, it is a good time for them to invest as well.

It can be seen that NRIs can gain a lot from such price appreciation and there are other factors like tax regulations which have been considerably modulated in favor of this sizable investment group. The weakening of the rupee and the low property prices are an added advantage for them.

Legal Factors that NRIs need to be aware of

NRIs need to be aware of the Foreign Exchange ACT or FEMA of 1999, which stated that an NRI is also a PIO or an Indian citizen, by virtue of birth.

NRIs wishing to invest should have certain documents in place before they go about the process of purchasing a property. According to the updated KYC rules, an NRI should be able to submit a copy of the passport, which has the address, date of birth, and photo of the person.

Next, a copy of his/her PAN card also needs to be submitted. There should also be documents which bear the person’s overseas address, either a permanent or a corresponding one. The good news for them is that they do not need any permission from the RBI to open, maintain and hold the accounts with any authorized dealer who may also have the permission to deal with foreign exchange. However, the title documents should include a title certificate as well as a No Dues Certificate from the lawyer. Lands and Revenue records about the land in question also have to be duly acquired as well as all the earlier title deeds.

Permission is also not needed by the NRIs from Reserve Bank of India to hold or maintain an NRO account through which they can make foreign transactions. The real estate investments, however, must be carried out through an NRO or an NRE account. The foreign currency notes and the traveler’s cheques will not be approved though.

Other vital factors worth keeping in mind

There is also no restriction as such with regards to the nature of the property one owns. It can be a plot or a house and it can be either purchased or gifted by an Indian resident or from a person who has been residing outside India but who is also a PIO or an Indian citizen residing out of India. What they cannot own however, are farmhouse plantation properties or agricultural lands.

It will actually be helpful for the NRIs if they acquire the services of a Chartered Accountant and also a lawyer who are well versed with the rules and laws of overseas property transactions. This would be a safe way to stay away from any kind of legal glitches, many of which could arise simply due to ignorance and not being well versed with the laws of the land. NRIs can also opt for home loans from banks that are permitted to loan out to NRIs, provided all the documents have been provided and they have been verified.

If these factors are kept in mind, and all the procedures are duly followed, then it is possible for NRIs to invest in properties without any problems at all. In fact, this has been a huge reason why NRIs are investing back in India with renewed vigor.

Resident Editor
« Everything you need to know about “Billion Dreams” | Property Event
How was Akshaya Tritiya for the Mumbai realty market and beyond? »

Will a potential vaccine resurrect the fortunes of the real…

Are NRIs the next big investor group for Indian real…