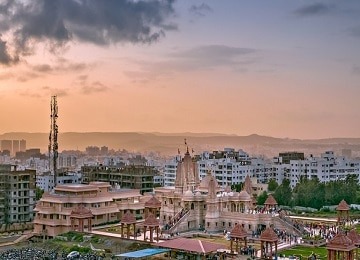 Reports state that about 33% of the residential launches in Pune were in locations like Balewadi, Mahalunge and Wakad. This was because of the strong rise of office real estate in the Baner- Balewadi area that has been the principal factor for rising residential demand in turn. Additionally, there were several new launches in close proximity to these areas as well. The price appreciation here is about 3% on a year- on- year basis at the end of September this year.

Other than Baner- Balewadi, there were other areas identified in reports such as Mundhwa, Kharadi, Wagholi and Keshav Nagar, which are also flourishing in terms of real estate prospects. As a result, the micro markets in the vicinity of these regions will also soon see a rise in demand. It helps that key office hubs like Magarpatta and Kharadi have spurred the residential market in Mundhwa and Keshav Nagar to thrive as well.

This entire corridor has about 35 million square feet of built stock and the vacancy levels at present are below 5%. The future stock is about 28 million sq feet and is being planned within Nagar Road, Mundhwa and Kharadi and all the factors together will result in the rise of residential demand in a big way. In the same manner, the western corridor, which happens to lie between Bavdhan and Wakad, has built stock of 31 million sq feet and the vacancy levels are below 2%. The future stock of the region is about 25 million sq feet and is being planned within the Mumbai- Bangalore Highway, Baner, Hinjewadi, Balewadi and Nanded. The connectivity and development of the metro is an added plus and the ring road will help these markets to grow further. At present, about 4,54 lakh residential units are either stalled or delayed in the top seven cities of India and of them Mumbai and Delhi alone comprise of 84% of the unsold inventory while in Pune it is only 3.6%.

What else should you know

Bavdhan Road is sure to become a popular hotspot for residential growth because it can be approached directly from the Mumbai- Pune Expressway. The development of the metro rail line and the ring road will further add to the demand in this region due to improved connectivity of the locations in future years. Other emerging locations in Pune are Kondhwa and Wagholi and they will also develop faster because of their proximity to regions like Magarpatta and Viman Nagar. Residential real estate demand will steadily spill over to Kondhwa and Wagholi among other areas in Pune due to rapid infrastructural growth.

Pune’s real estate market is also benefiting from its increased compliance with RERA. MahaRERA has been one of the major success stories for the administration and has increased buyer confidence with the highest tally of RERA-registered projects and developers in the country so far as per several reports. This has also increased end-user and investor appetite alike for quality residential real estate in the city.