Top 10 Reasons to Invest in Thane Gone are those days when Thane was called the â€˜Satellite Cityâ€™ of Maharashtra.Â  It is now blessed with excellent connectivity to the major parts of Mumbai. Hereâ€™s looking at some of the top connectivity advantages in Thane:

These connectivity developments certainly make Thane one of the top places to invest in India over the next few years. It goes without saying that widespread development of physical and civic infrastructure will naturally spark demand for housing throughout Thane. In fact,

Affordability is the main subject that highlights the residential market of Thane, the demand for premium housing has also seen an up going in recent years. Over recent years, Thane has developed from a small town to a well-built metropolis. Well maintained roads and flyovers and rapid infrastructural development are making Thane the first choice for homebuyers and families in recent times.

With multiple IT Parks, business zones and shopping malls coming up in Thane, there are several new housing projects which are cashing in on the twin factors of available social infrastructure, business and commercial growth and of course, higher employment generation and opportunities in the area. This, along with the correct ongoing infrastructure work, i.e., widening of existing roads, the cluster policy, TDR policy and other favourable policies of the Government, has attracted several real estate developers with regard to developing projects in Thane.

Hereâ€™s taking a look at some of the top business parks in Thane:

Some of the top companies in Thane include the following: 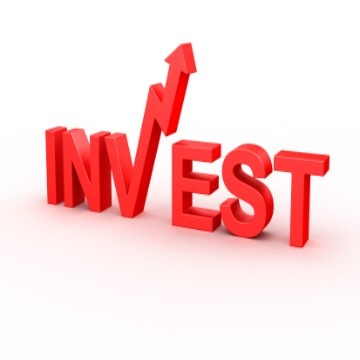 Speaking of entertainment and shopping, Thane provides everything in abundance for all its residents. Thane has some of the biggest malls in the city. These include the following:

Thane offers a picturesque landscape complete with abundant natural greenery and other attractions. Thane is known as the City of Lakes and has a total of 33 lakes. Some of the well-known places in and around Thane include the Sanjay Gandhi Park, Kanheri Caves, Masuda Lake and the Kelwa beach.

The TMC Garden is surrounded by Yeoor Hills and is a nature lover’s delight as is the Olawekar Wadi Butterfly Garden. Some areas like Majiwada and Kolshet Road have serene environments and the latter is one of the best areas in Thane West.

Things are changing rapidly in Thane. Thane has witnessed a phenomenal rate of return on investments in real estate. Known as the twin sister of Mumbai, Thane is creating its own identity as a major investment and real estate hub in recent years. Thane real estate price trends clearly indicate sizable price appreciation in some localities to the tune of 30% over the last two years or so.

With improving infrastructure, greater connectivity, higher job creation and growing social amenities, the need for homes in Thane should certainly increase in the near future. Todayâ€™s real estate developers are coming out with premium projects which come with the very best amenities and facilities for residents. Several integrated townships are being built in Thane and several other mid-range and premium residential projects are also slated to be developed in the near future. As per the Thane real estate market reports, there has been a major increase in demand for realty in the city.