Home » Are IT start ups playing a vital role in driving growth in Bangalore property market?

Are IT start ups playing a vital role in driving growth in Bangalore property market? 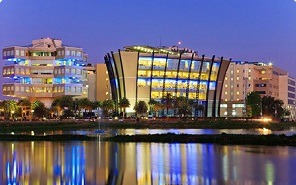 It has been seen that growth of employment has often given rise to a number of other opportunities. It is like a magnet, and it keeps drawing everyone to a point and that is how civilization has always evolved. At present, in the last one and half decades or so, there have been a few cities in India that have emerged and developed as the IT hub of the country and Bangalore had surely led this phenomenon. It had first started as the call center hub of India, alongside Gurgaon and before one knew it, Bangalore had become the most preferred destination of IT companies to start their companies there.

What has led to the growth of Bangalore in terms of real estate development?

Almost all the major IT companies and the corporate conglomerates started opening their head offices there and that started driving first hundreds, then thousands of youngsters, to this city who wished to start a new and comfortable life. Bangalore was a picturesque city and it was beautiful and calm till this rush began and today it is definitely one of the highest populated city of the country, with more and more still coming in. Young families, where both the partners are working, are on the rise and this has definitely led to the growth of more housing. Today it is one of the most predominant sites of starting a start up in the country and this has led to the growth of real estate in huge measure, both in commercial and residential property. While more and more space is needed to house the new companies that are emerging, in the same way, more and more space is needed for housing all the people who are moving in to the city. It can take years for a start up to make its mark and truly propel itself and it is important to find good accommodation in a city to take away the worries of living problems at least.

What are the factors drawing the Home Buyers?

According to industry experts, the housing demand in India has always been strong because of its ever increasing population and in Bangalore especially, the IT industry and the start ups have created a trend of creating jobs, which in turn has also positive effected the housing market. Homes will always be needed for those who have moved in and hence Bangalore has been the preferred choice of developers for the demand it creates. A number of expos have been organized in the past years so that the home buyers can get all the information regarding buying a home as well as also present a number of options to the investor who wants to invest in real estate. Also, the experts have been of the opinion that the reduction of GST will definitely provide a measure of relief to the real estate sector and those who are unable to decide whether to buy a property or not because of complicated tax rules, will find it more affordable to buy a home according to the new rate cuts.

It has been seen that in the second half of 2018 alone, the sale of residential properties in Bangalore had increased by 35% in one go, when compared to the previous year of 2017. The information has mainly gathered from the Department of Stamps and Registration from where it is quite possible to gauge a picture of the real estate market scenario. There has also been a 20% rise in revenue from all the property registrations in the last seven months. The buyers are definitely not just waiting anymore, and the number of additional infrastructural facilities coming up in the city, along with better prices, has been driving factors in the city.

How are the various expos helping the home buyers?

The city also holds realty expos from time and it does offer a unique experience to the visitors in terms of buying their dream home for sure. These expos provide real estate and financial suggestion at the same time, all under the same roof and there are also often spot offers available for home loans. The CREDAI Bangalore had held its Realty Expo 2019 in two consecutive weeks, one is Krupa High Ground and the other in Marathahalli. The Expo of 2019 had attracted some of the top developers in the city and well as some of the top banks. Financing a new home is important and it is good for Bangalore that the banks here are cooperating with the buyers to help them buy their dream home. The inauguration of the Expos saw a lot of eminent dignitaries and all of them opined that things are going to get even better from here. Bangalore has already become a preferred location for NRI investors as well and this has come about after they had seen how the start ups have changed the skyline of the city as well.