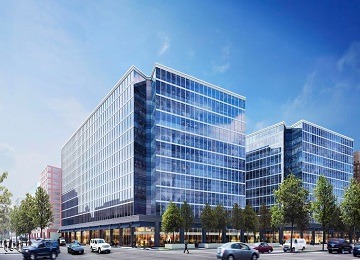 There has been a prolonged lull in the Indian real estate market over the last few years. It all started with demonetization followed by GST and RERA which led to a flurry of exits, consolidations, stressed/stalled projects and radical changes in the whole ecosystem.

In the residential segment, the Government has done its bit with game-changing reforms including PMAY (Pradhan Mantri Awas Yojana) and the Housing for All by 2022 mission in addition to GST rate cuts, lower interest rates on home loans and several other Budgetary incentives including tax benefits. In spite of all these measures, the market has not taken off in the manner that developers have anticipated since there is still a liquidity crunch prevailing which the Government is expected to address soon with a relief package for the sector.

At the same time, commercial real estate has clearly kept the meter ticking in the industry in spite of the overall lull. With the advent of several new corporates and MNCs along with the opening up of new economic prospects, introduction of new co-working players and sustained office space demand from the IT and ITeS sectors, commercial realty has been doing pretty well for itself in recent times. 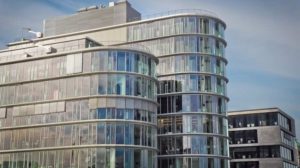 Commercial real estate is certainly defying the market slowdown if market trends and expert opinions are to be taken into account. In a nutshell, here are some of the biggest trends that have been observed in the commercial realty landscape and some of its biggest positives in recent years. 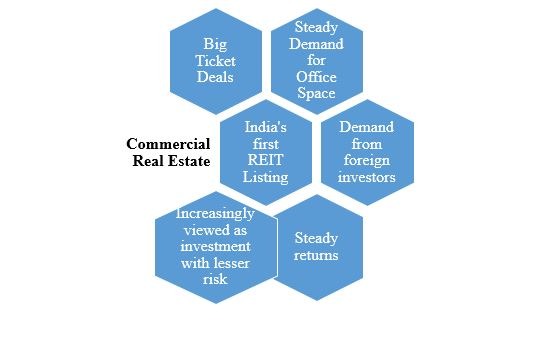 There seems to be a race or even a bidding war at times for coveted commercial/office assets in India at the moment. Some of the latest blockbuster deals are a case in point- 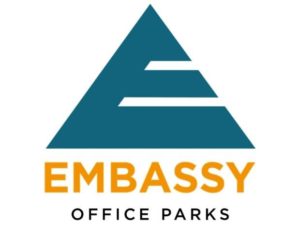 India’s first REIT (Real Estate Investment Trust) listing was the historical game-changer for the commercial/office realty space as per experts. In the year 2011, the Chairman at noted real estate developer Embassy Group, Jitu Virwani, had a chance to meet the senior managing director-real estate at Blackstone Group LP, Tuhin Parikh. After an impromptu meeting, Blackstone Group committed a sum of Rs. 130 crore for the premium residential project named Lake Terraces in Bangalore which was being developed by the Embassy Group.

In less than another 12 months, Blackstone Group came in as a JV (joint venture) partner and made an investment of Rs. 1,105 crore in not one but three IT Parks being developed by Embassy Group. This led to the formation of a highly successful partnership between the two entities. Embassy Office Parks REIT, a joint venture between them, launched the first ever REIT or real estate investment trust in India this March. The REIT raised a sum of Rs. 4,750 crore and this is the biggest REIT in Asia with regard to square footage since the portfolio encompasses 33 million sq. ft.

How and Why commercial real estate is finding more takers

Commercial real estate, particularly the office space category, is booming in the current scenario, spurred by mega deals and increasing interest from foreign investors. Investors are now scouting for assets which are ready for investment across top Indian cities. From the launch of India’s first REIT and record office leasing volumes to big-ticket realty deals and bidding wars, things are looking up for commercial real estate and how!

As per experts, there are now bidders in double digits for quality commercial assets while there are new global investors from Japan, Canada, Singapore and Korea who are seeking office space. Commercial real estate is being considered as a safer bet by investors in spite of the office space category accounting for 12-15% of the total property market in the country. Global investors now have higher risk appetite and are venturing into greenfield projects since there are fewer ready commercial assets available.

REITs have offered superior returns as compared to even stocks in several global markets like the United States. With India now taking the long road towards putting real estate assets into a structured financial framework, office spaces offer secure returns over the long haul. REITs are major game changers, offering convenient exits for institutional investors while boosting the country’s image as a key office space market with suitable governance in place and adequate transparency. REITs will also be enabling HNWs (high-net-worth individuals) to invest directly in listed trusts in a scenario where several investors are backing out from the residential space. Institutional investors’ ownership of real estate automatically ensures higher professionalism and better management.

K Raheja Corp is also working to file an REIT with Blackstone Group in the current financial year as per latest reports and Prestige Group is also planning a listing of its office space assets in several Indian cities in a year’s time. Experts highlight how there are approximately 40-50 developers of office space throughout major Indian cities while there are close to 2,000 or even more developers in the residential category in the MMR (Mumbai Metropolitan Region) alone as per reports. The office segment has received institutional capital while corporate clients have driven high demand along with spurring better project quality. They are in control here while developers have full control in the residential realty space.

Both developers and investors are now considering options for upgradation of current workplaces along with offering customer solutions which are wider as opposed to just purchasing or constructing assets. Corporate clients are now seeking bigger office spaces and global investors have helped Indian developers imbibe concepts of scalability and managing cash flows. The office space acquisition tally in Bangalore, as per reports, is almost the same as several global cities combined. Fortune 500 entities have expansion plans and will not adjust with regard to corporate governance which will lead developers towards adopting a more organized path. Demand for commercial real estate has gone up due to factors like swift migration, urbanization and population growth across metro cities. Blackstone has had a stellar year in 2019 with the first REIT being listed and multiple big-ticket deals taking place. It is also planning another REIT with K Raheja Corp. Blackstone, as per experts, is a first-mover in the office space segment and it has had a long journey till now with its partnership model with local developers. Blackstone commenced purchases of office space assets in the year 2011 although it entered into the very first realty deal in the country in 2008. Brookfield Asset Management Inc. already has AUM (assets under management) in less than 5 years of a whopping $4 billion in the country. Its commercial office space portfolio has already touched almost 30 million sq. ft. GIC Pte Ltd from Singapore has committed close to $4-5 billion in Indian real estate.

Blackstone is considering warehousing and logistics sectors along with investments in residential, office and retail categories. Blackstone is also purchasing industrial warehouse assets for $18.7 billion from Singapore based GLP Pte. Data centres and industrial centres will be a major play for commercial real estate investors in the near future as well according to reports. Brownfield transactions are also being considered by Blackstone at the moment.

The Group will also be acquiring the remainder (50%) of the stake in Indiabulls Real Estate’s commercial space portfolio for Rs. 4,420 crore as per reports. It had bought 50% of this portfolio earlier for a whopping Rs. 4,750 crore last March. This covers rights to BLU in Worli, Mumbai and also assets in Sectors 104 and 106 at Gurgaon. The portfolio also has Indiabulls Finance Centre and One Indiabulls in Prabhadevi and Lower Parel. Another asset in NCR (National Capital Region) will also be inked in a deal between Indiabulls and Blackstone Group which could be worth close to Rs. 700 crore.

Office space absorption figures also indicate the growth of commercial real estate in the Indian market which should be heartening for developers and investors in this segment. Here are some of the key aspects worth noting. 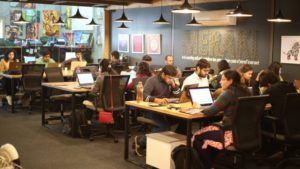 The flexible workspace category comprises of managed office spaces, co-working spaces, hybrid spaces and business centres. The small and medium sized deal count, covering 20,000-1,00,000 sq. ft. increased to a handsome 61% in H1 2019 as compared to 52% in H1 2018. The large sized deal count increased by 13% in H1 2019 as compared to 6% in H1 2018. These deals cover more than 1,00,000 sq. ft. as per reports. Experts feel that India is one of the biggest markets in the flexible space segment in the Asia Pacific and investments should go up in the sector even more in the near future, going forward. Office stock is expected to increase to 1 billion sq. ft. by end-2030 from mid-2019’s tally of 600 million sq. ft. while flexible space will account for 8-10% of total office stocks according to reports.

Flexible space stocks also surpassed 50 million sq. ft. throughout leading Asia-Pacific cities in Q1 2019 and this crossed 20 million sq. ft. in India alone which indicates a major growth category for the commercial real estate segment. These operators are now coming up with personalized enterprise services/solutions which is helping them keep office space tenants for the long haul. This will keep drawing more big corporates towards the segment going forward.

All in all, commercial real estate seems to be defying any lull in the market and the trends are expected to continue for the foreseeable future with renewed interest from corporates, better ease of doing business and the ever-rising prospects of India as one of the world’s strongest economies.