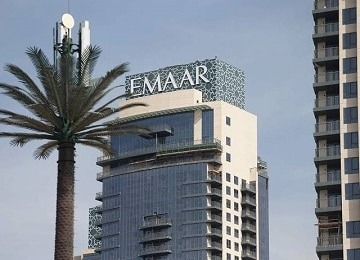 Emaar India is a subsidiary of Emaar Properties, one of the world’s most reputed and biggest real estate players. At a very critical juncture where the Indian real estate market is battling a liquidity crunch and a prolonged slowdown, Emaar has expressed its confidence about the sector and unveiled future plans accordingly. Emaar India’s vote of confidence on the country’s real estate market is a major shot in the arm for the sector, considering that developers have been impacted by this slowdown for quite a few years now.

Slow and steady seems to be the mantra for Indian realty at the moment in terms of a full recovery and market progress. Emaar India looks all set to follow the same principle en route towards crafting a more fruitful second innings in the country.

Emaar Properties’ global CEO, Hadi Badri, has already stated that India will be the second most important real estate market for the company after Egypt outside the UAE (United Arab Emirates). The Dubai based property behemoth is a $6 billion Fortune 500 entity and will be focusing mostly on developing real estate projects via agreements for joint development with local developers possessing land banks in prime areas.

Emaar is the company which built the Burj Khalifa in Dubai, the tallest building in the world and functions in at least 12 countries including Turkey, the United States of America and Egypt. Last year witnessed Emaar garnering net profits close to $1.5 billion. Badri has also stated that Emaar Properties has garnered completion certificates for 90% of 20,000+ residential housing units in 24 ongoing projects. These cover major cities like Lucknow, Delhi-NCR, Mohali, Jaipur and Indore. He also stated that more than 80% of housing units have already been delivered to customers. The remainder of construction is expected to be completed by March next year.

In spite of the current market slump, Emaar remains positive about the prospects of Indian real estate in the future. Badri has stated that this market slowdown has given the company a major chance in terms of consolidating its overall position as a globally renowned premium property developer. He also added that Emaar will remain fully committed towards real estate in India since it has huge potential in terms of future growth and investments.

Yet, he has categorically specified that Emaar Properties will not be focusing on the affordable housing market segment which is a departure from the norm. With the Government emphasizing on its Housing for All by 2022 mission, affordable housing is the new buzzword for Indian real estate players, many of whom were concentrating on mid-income and luxury projects earlier. Emaar will continue its investments in Indian real estate through project acquisition and land bank development along with joint ventures. It will be targeting Pune and Mumbai majorly and is currently holding discussions with JV partners in these markets.

Emaar is also monetizing non-core assets which include a hotel in Jaipur. Badri has stated that the next two or three decades can be extremely profitable for the country. He talked of how Emaar already has a sizable land bank that will be developed and aims at being one of the biggest Indian real estate players. More than 90% of projects have been sold by the company already. Emaar has strived to finish pending projects after the demerger with the Indian JV partner. The company first came to India in the year 2005 after tying up with the MGF Group. It invested Rs. 8,500 crore via Emaar MGF Land Limited. The JV folded up in the year 2016 and demerger proceedings are still ongoing.

Emaar has several new projects lined up for 2020 as per the CEO’s statement and it will keep emphasizing on luxury and mid-income projects without foraying into slum redevelopment ventures or affordable housing. Emaar India may also look at a JV with an investment firm for building commercial projects on the land bank owned by it. It is seeking projects in Pune and Mumbai via JVs and joint development channels. Stressed projects may be acquired provided they are in sync with the growth blueprint of the company.

The Indian division of the company will not be listed on stock exchanges as of now. Emaar remains a listed company in Dubai. The company has expressed its confidence in future prospects of Indian real estate which has become more transparent and advanced with measures like RERA. Badri has also confirmed that all pending issues are being solved since customers are always the first priority for the company.

Emaar India established its business in India back in the year 2005. Ever since, the company has successfully developed approximately 30 million sq. ft. across projects. Residential projects comprise of a whopping 25 million sq. ft. out of this tally. This includes 20,000 housing units and close to 1,000 acres of plotted developments spanning Mohali, Delhi-NCR, Indore and Jaipur. After demerging with its erstwhile joint venture partner, Emaar still has 4,500 acres of land in several parts of India including the Capital.