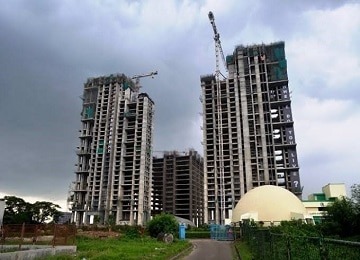 Mid-income housing has turned into the sweet spot for real estate developers in the country at the moment. Of course, it is pertinent to state that there are some scenarios where this segment overlaps with affordable housing as well. Even though Rs. 45 lakh has been kept as a threshold for affordable housing units, there are several affordably priced projects in costlier metros like Mumbai and Delhi-NCR which are priced in the Rs. 50 lakh-1 crore range or slightly less. Now, these are projects targeting the mid-income homebuyer.

Overall residential real estate sales are still recovering although mid-income housing units priced up to Rs. 50 lakh or slightly upwards, are witnessing good demand. There are GST benefits drawing buyers along with lower rates of interest on home loans and other incentives offered by the Government. Several top real estate developers in India have now shifted focus to mid-income housing across major cities.

Shapoorji Pallonji’s real estate division is reportedly planning to green-light the acquisition of several land parcels for upcoming mid-market projects under its Joyville brand. Shapoorji Pallonji Real Estate has not launched new projects for some time but it is now planning to launch 6-7 new ventures between the months of November 2019 and March 2020 according to reports.

These will include 3 projects for the Joyville mid-income housing brand along with four other premium projects at Mumbai, Kolkata and Pune. 3-4 parcels will be acquired under the mid-market brand over a period of 6 months, enabling a bigger foray into the mid-income housing segment for the brand. Every land parcel is expected to come with overall development prospects of 1.5-2 million sq. ft. on an average. The company will be acquiring land in Bangalore, Hyderabad, Mumbai and Pune among other cities. The Joyville brand already has four projects situated in the NCR (National Capital Region) and Mumbai, Pune and Kolkata. Most of these projects are in suburban areas and priced in the Rs. 30-60 lakh range on an average. The first NCR project was launched this January and is already selling well, with most housing units priced between Rs. 65 lakh-1.2 crore.

One of India’s foremost realty players, Godrej Properties Limited is now planning to leverage the ongoing market slowdown for consolidating its market share and expanding its business. The Mumbai-based real estate developer has already raised a sum of Rs. 2,100 crore earlier in 2019 via the QIP (qualified institutional placement) route. The executive chairman of Godrej Properties, Pirojsha Godrej, has already confirmed that the company will be investing close to Rs. 5,000 crore over the next couple of years in new projects via debt and equity.

He has also stated that more affordable and smaller units are selling well in the market as compared to luxury properties. Godrej Properties Limited will also be focusing on mid-income housing in the future.

Lodha Group, one of the country’s biggest developers of residential real estate, has already established its new brand for more affordable homes, named Crown. The Group has already launched the brand successfully with a project at Thane and has now announced a new venture at Taloja. Lodha’s paradigm of premium quality and premier lifestyles will be offered to homebuyers at a price point ranging between Rs. 27-40 lakh at this project.

The Group believes that the mid-income and affordable home segments will grow successfully in the future and the Crown brand offers an opportunity for homebuyers to buy a Lodha property with monthly incomes ranging between Rs. 35-50,000 per month on an average. The Crown Thane project has already been hugely successful, raking in Rs. 240 crore in sales volumes in less than 1 month.

Prestige Estates is planning to emphasize more on mid-income and affordable housing projects in the future. Prestige Estates will be selectively executing luxury real estate projects while emphasizing more on value offerings. Prestige is also planning to expand its market presence in cities like Pune, Hyderabad, Mumbai and NCR. It has already partnered with the Ace Group and NCCCL (New Consolidated Construction Company) for project development in Noida and Mumbai. HDFC has been instrumental in funding three housing projects as well.

HDFC Capital inked a strategic deal with Prestige Estates last year for building a dedicated platform for investing in residential real estate in the affordable and mid-income categories. The platform already has capital reserves of Rs. 2,500 crore via debt and equity.

Oberoi Realty Limited had previously been focusing majorly on luxury real estate and is now planning to enter the affordable housing space. Vikas Oberoi, the company’s managing director and chairman, has already confirmed that 2-3,000 apartment units at this new project would be developed in Thane. The plot encompasses 60 acres and was purchased by the company for a whopping Rs. 555 crore from GlaxoSmithKline Pharmaceuticals.

Oberoi has already stated that several leading real estate players are now venturing into mid-income and affordable housing for overcoming the market slump, particularly in case of housing units priced over Rs. 2 crore. The Thane project will have units sized up to 600 sq. ft. in terms of carpet areas with prices hovering at around Rs. 12,000 per sq. ft. Every housing unit will be priced at approximately Rs. 70 lakh, putting it firmly in mid-income territory.

Mahindra Lifespaces has already forayed into the affordable/mid-income housing category earlier. The company has now confirmed that its JV (joint venture) has acquired land at Thane for developing a housing project that covers more than 8 lakh sq. ft. Mahindra Happinest Developers Limited has already executed the deed of conveyance with the owners of the land for acquiring the plot situated in the MMR    (Mumbai Metropolitan Region) at Thane District in Ranjnoli Village, Bhiwandi Taluka.

Approximately 0.84 million sq. ft. of residential space can be developed at this project. Mahindra Happinest Developer emphasizes majorly on affordable and mid-income housing projects and is a joint venture between Mahindra Lifespaces’ subsidiary and HDFC Capital Affordable Real Estate Fund-1. It has already launched an affordable housing venture at Palghar under Happinest and one more project is expected to launch at Kalyan.

Mid-income housing represents more flexibility and choices for today’s buyer along with easier access to GST benefits and other incentives. Additionally, there is growing demand for value for money housing units which are sized smaller but come at reasonable price points with good locations and amenities. This is the segment where India’s leading real estate developers are looking to make a mark in future years.