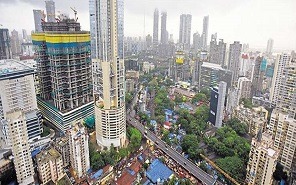 Mumbai’s real estate developers are definitely sporting bigger smiles now after a 2-3 year period in which they had to grapple with lower demand, rising affordability linked concerns and of course, overall industry impact brought about by demonetization, GST and RERA. Not only has the market started stabilizing and even recovering rapidly thanks to Government sops, lower GST rates and budgetary measures, Mumbai is set to witness a major infrastructure boom over the next few years.

This will naturally lead to enhanced demand for real estate along several growth corridors in the city and developers are also happy about faster clearances for multiple projects in the infrastructure space. Developers in the city are of the opinion that the Supreme Court directive has paved the way for faster implementation of several big infrastructure ventures in Mumbai, namely the BVSL (Bandra-Versova Sea Link) and the Coastal Road. These projects are expected to usher in swift progress for Mumbai with regard to decongesting prime zones in the metropolis and also enhancing overall connectivity.

Why developers are happy about Mumbai’s infrastructural growth

Multiple infrastructure ventures are expected to scale up overall connectivity while decongesting important areas in the city.

Multiple new housing projects are coming up in several locations in and around Mumbai. Thane, in particular, is witnessing rapid development and will benefit in the future from several proposed connectivity initiatives and infrastructural projects. Multiple projects are also being developed here by top developers Some of these popular options in this regard include Lodha Amara, Rustomjee Urbania Azziano L Wing and Piramal Vaikunth Vairat among many others.

The MMRDA (Mumbai Metropolitan Region Development Authority) previously announced a budgetary allocation of a whopping Rs. 16,909 crore which was the highest-ever such budget amount. Almost a whopping Rs. 7,486.50 crore or 44% was allocated for building and running 11 metro railway networks and also a centre in and around the city.

Some of the key infrastructural projects cleared recently include the following:

With swift clearances being given for mega infrastructural projects in Mumbai, real estate developers are pleased with the future prospects to say the least. The next time you see a Mumbai realty player walking around with a broad smile on his/her face, you know why!

Resident Editor
« Shrinking Apartment Sizes – Authored Article by Tanuj Shori, Founder & CEO Square Yards
Guaranteed rental income from a home- what it entails and why you should proceed with care »