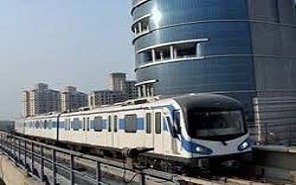 Real estate markets all around the country have been witnessing a slump over the last few years although they are turning around now. The biggest example is probably Gurgaon, the Millennium City which witnessed possibly one of the highest counts of unsold inventory in the country over the last 3-4 years and demand was muted due to delayed completion of multiple projects and sky-high property prices. It was believed that all the hype surrounding Gurgaon would finally subside and end-users would naturally continue leaving this market.

However, things have turned around now. With the introduction of RERA and efforts made by the authorities to bring errant developers to book while ensuring higher accountability and transparency, Gurgaon real estate is becoming popular amongst buyers in Delhi-NCR once again. Additionally, the emphasis of the Central Government on affordable housing, cut in GST rates, proposed budgetary measures and lower rates of interest are other factors encouraging real estate sales in the city. Infrastructural development has always been a strong point when it came to property market growth throughout Delhi-NCR and Gurgaon is no exception. The proposed metro expansion may turn out to be the future growth driver for Gurgaon realty in case it is done right.

The Metro Line in Delhi was a great feature as the capital was heavily congested and something was needed to relieve the traffic congestion in that part of the country. Later, the line started expanding and Gurgaon too came under its purview. A sizeable tract was however, left and that region too is going to get its very own metro route- the line between HUDA City Center and Cyber City. Gurgaon really came into prominence as the IT sector boomed here and today it houses a huge population of its own and the metro is one of the most important ways of commuting here.

The Metro has been the lifeline in many countries around the world and after it first opened in Kolkata, the Indian Metro system has now gone on to establish routes in other cities as well. The Metro is one of the fastest, and the most efficient ways to commute within the city and the Delhi Metro has now expanded faster than in any other city. It has rapidly extended now to Gurgaon as well and commutes for a large number of people have become more cost and time effective. The good news is that it would soon see some further expansion as talks are on that the Gurgaon Metro could be extended from HUDA City Centre to Cyber City and the Haryana Government has already cleared the DPR.

What the new proposal entails

According to the proposal, the new Metro line would have 25 new stations and six interchange stations. This would be massive as it would drastically reduce the traffic congestion in this part of Gurgaon. According to the Gurugram Metropolitan Development Authority officials, they are expecting the new metro to be functional by the third quarter of 2023. Haryana Chief Minister Manohar Lal Khattar has approved the Detailed Project Report for it and the new line is expected to be about 31.11 kilometres long.

The meeting of Gurugram Metropolitan Development Authority (GMDA) ascertained that there was considerable need for a metro line in this route. The region from HUDA City Centre to Cyber City is extensive and is home to multiple office complexes and business hubs, with thousands of people commuting between these two points every day. The metro rail will be a huge support to reduce traffic congestion in this part along with boosting surrounding real estate markets at the same time.

Impact of the proposed metro expansion

The cost of the project is expected to be around Rs 5126 crores and it would be constructed by the Haryana mass Rapid Transport Corporation, or the HMRTC. The proposed metro stations in this route would be the following:

Moreover, it was decided that in future, the tract integration between Metro Corridor and Rapid Metro would also be considered for continuous and seamless operations. A Comprehensive Drainage Plan for Gurgaon had also been approved by the GMDA at an estimated cost of Rs 160 crore. Not only will the people of this region find an easier and comfortable way to travel, but the project would also provide employment opportunities as a huge amount of manpower would be needed to give shape to this project. Engineers and laborers are being scouted already by the authorities and the green signal has been given to draw up plans for the project. On completion, it will be yet another feather in the cap of Gurgaon for sure.

Real estate markets in and around these sectors should benefit greatly. The metro line will push up demand for residential real estate in these areas along with sparking commercial and retail growth in turn. This may naturally boost future growth prospects in Gurgaon and several realty players may be scouting for land parcels closer to the proposed metro railway line once construction begins and property rates being to soar in adjoining areas.