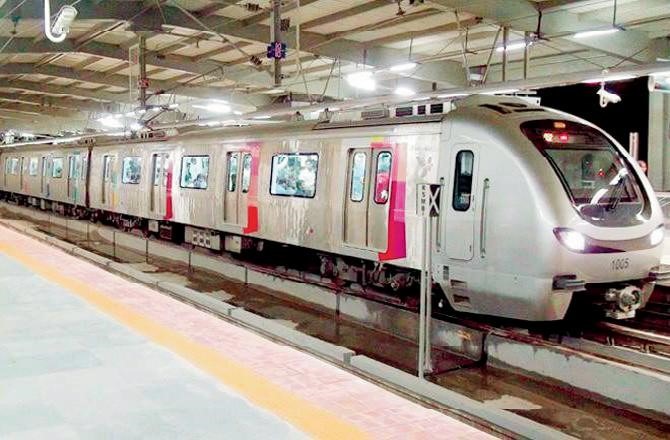 Mumbai’s real estate market has been in a state of flux with several new micro markets attaining coveted positions amongst prospective homebuyers with regard to transforming into popular housing markets. Thane is one of the fastest-growing real estate markets in Mumbai and the property market here may get a huge impetus with a major connectivity announcement.

The Maharashtra State Cabinet has officially cleared the proposal for setting up a metro line of 29 kilometres for Thane. This will be executed by Maha Metro on the behalf of the Thane Municipal Corporation according to reports. The Chief Minister’s Office has reportedly issued its statement that this project will require four years to be finished while the entire cost is expected to be roughly around Rs. 13,095 crore as per reports.

Vital details to know about the Thane Metro

The Thane Metro network will revolutionize connectivity in the city upon its completion and will certainly boost commercial and residential development alike here. The real estate market is expected to witness greater demand for residential and commercial units located near or along the metro route that has been finalized for development. This announcement should also bring in more real estate developers to this belt for premium project development.

Here are some of the key details that have been released about the upcoming Thane Metro so far:

Of course, with the announcement of this major metro project, the Thane real estate market is poised to benefit greatly. Already, Thane is coming up as a key market for real estate investments with several prime projects being developed in the city. There are premium projects in Thane West which is one of the hottest realty hubs in the city at the moment. Some of these include the likes of Lodha Amara, Rustomjee Urbania Azziano L Wing and Piramal Vaikunth Vairat among others. There are several residential projects that are coming up along stretches like the Ghodbunder Road which is a major connectivity lifeline and other parts of Thane in recent times.

The metro project will transform connectivity, lower traveling time and increase real estate values along the entire route and near it as per expectations of industry watchers. This could be a shot in the arm for the real estate market in Thane, considering the fact that GST rates have just been cut by the Government on affordable housing units and under construction properties alike while the Union Budget 2019-20 has proposed a slew of measures designed to boost the housing sector in the country.

Thane is witnessing sizable demand for 1 BHK and 2 BHK apartments and even studio apartments in the luxury and premium segments along with mid-range categories. Affordable housing ventures may also gain some momentum this year on the outskirts as per experts. Thane is already becoming the preferred location for several leading banking and financial services companies and IT and ITeS biggies who are making the shift here from Mumbai along with several other corporates and MNCs. This will naturally lead to commercial real estate growth in leaps and bounds over the next few years while it will rub off positively on the residential housing segment as well. Thane is comparatively affordable as compared to Mumbai which is one of the costliest housing markets in the country and is well linked to the eastern and western suburbs of Mumbai and also Navi Mumbai. Thane offers cosmopolitan lifestyles complete with shopping malls, educational institutions, restaurants, hospitals and all other amenities in addition to amusement parks, botanical gardens and beautiful riverside promenades for residents. Thane is home to several beautiful lakes and some of its major attractions include the Kelwa Beach, Masunda Lake, Kanheri Caves, Sanjay Gandhi Park, Kopileshwar Temple and many others. Thane offers good connectivity through its link to the National Highways 3 and 4 and the National Highway 8, Eastern Freeway, SCLR, Ghodbunder Road, Mumbai-Nashik Highway, Thane-Belapur Road and JVLR. The Mumbai-Pune Expressway can also be accessed nearby. There is good railway connectivity through the Trans-Harbour, Central and Thane-Panvel railway lines. The airport is also 27 kilometres away from Thane. Thane definitely makes for a good investment option in the current scenario, particularly when metro connectivity has been confirmed for the city.