Home » What is capital gains tax on sale of property and how do you work it out?

What is capital gains tax on sale of property and how do you work it out? 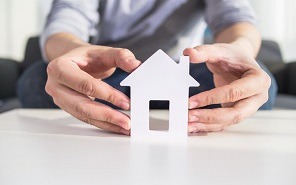 Buying a home is definitely a transaction that should have your all out attention. The sale or transfer of a house of property is a matter of taxability of capital gains in the hands of the tax payer. It can be either long term or short term and that depends on the period for which one would hold the property.

Because of an absence of an express mechanism under the Tax Act to arrive at a particular date for acquiring a home property, there has been some confusion in this matter which had lasted for years. And the problem is greater for under construction units. For example, one has booked and under construction property in January 2012 and gets a property registered in March 2016 and gets a home loan. The majority of the payment was also paid to the builder in May 2016. But the property is yet to be completed and the buyer now wants to sell the property in June 2019.

So the question here is whether the home owner will be able to do that? Is the home owner selling a property, or a right to buy a property? And from when exactly will he be considered the owner of the premises?

What should you be doing?

There are a number of ways to seeing this issue and the interpretations vary. These are very subjective topics and there are now so many ways of dealing with this issue, that each developer will say something different and offer different schemes. Going for judicial precedents might also be a bit of confusion because there are different interpretations of the date of acquiring a property. So the aspects in this case to be considered are the date of possession, property registration, date of making the majority payment etc. Each case is different and so naturally the facts and the circumstances are bound to differ. All of them require a detailed examination and only then can an informed decision be taken on the matter. Naturally, all of this together has an impact on the capital gain exemptions, and also on the sale of the property.

So the issue here is that a home buyer can claim some kind of exemption against a long term capital gain if he or she invests such capital gains or sale proceeds of the premises or some other long term capital asset to acquire another property in India, which could be purchased or constructed, all of which has to happen within a specified timeline. However, one should remember that such exemptions are not always available if the construction of the property has exceeded three years.

Because of this, the home buyers have to face multiple difficulties and most of the circumstances are beyond their control. The construction of the property could be delayed due to a number of reasons and this could even exceed three years. The courts have held a number of principles in this matter to be able to form a liberal interpretation of date of construction as it is beneficial provision for the tax payer and should be followed as per the intent of the given statute. It had also been upheld that the legislature should encourage investment in the acquisition of a house and should not be only concerned strictly regarding when the construction was actually completed or from when the property was occupied.

Under Section 54 of the Act, if one sells the residential house and manages to earn long term capital gains, then certain exemptions will be available on such gains if it is re- invested into another residential property in India. Moreover, the interim budget of 2019 has also provided a once in a lifetime opportunity of gaining exemption which may be availed on such long term gains if the amount of gain is Rs 2 crores of less and if it is reinvested in two residential properties in India. The other clauses of gaining such exemptions remain unchanged.

Other than the above mentioned exemptions, some other ones may also be claimed from the sale of a residential property.

Some other exemptions that you may consider

Of these, some of the exemptions are allowed on the basis of purchase of a property a year before the date of sale of the relevant asset on which one has received the capital gains. The income tax department has also flagged this issue in certain cases, which pertains to the use of sales proceeds to repay the principal home loan which has been acquired to buy a new residential property on whose basis the exemptions have been claimed. However, according to the courts, the residential house be purchased at least a year prior to the date of sale of the asset for which the exemption is going to be claimed. There is no need for one to one correlation of sales proceeds and neither are any purchase funds necessary.

In the past few years the government has also aimed to provide some impetus to the home sector with the introduction of some measures like the Affordable Housing Scheme under the Pradhan Mantri Awas Yojana and there are various tax incentives for first time home buyers as well. Moreover, there is also the implementation of the Benami Transactions or Prohibitions Amendment Act of 2016. There is also the Real Estate Regulation and Development Act of 2016 and these have helped in bringing a lot of transparency to the sector. However, even with the introduction of such measures, the regular home buyer continues to suffer from practical challenges and it will take a long time before the housing sector is simplified.

The interim budget 2019 has provided some relief and home buyers are also waiting in anticipation regarding the changes the full budget of the new government next year. What a home buyer can do, in the mean time, is consult a lawyer who is well versed in property transactions and the related tax laws and they will be able to help regarding the capital gains and investments in this sector.

Resident Editor
« Bangalore ranked amongst top cities in Asia when it comes to realty investments
Integrating Tech with Real Estate and Mortgages: The Square Yards Way »