Home » Are mega realty deals the indicator that all’s well with the Mumbai real estate market?

Are mega realty deals the indicator that all’s well with the Mumbai real estate market? 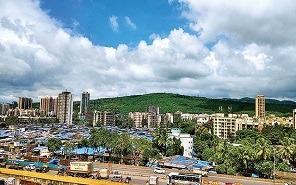 Several big-ticket real estate deals have been concluded in the Mumbai real estate market and this may point to a steady recovery and overall progress.

Mumbai’s real estate market has always been a hotbed for some of the country’s mega realty deals and this was not quite surprising to many in the past, Mumbai being home to the highest number of ultra-high-net worth individuals in the city. Also, the city’s real estate was and still is the costliest in the country, something that naturally led to big-ticket property deals courtesy India’s leading industrialists, business tycoons and corporate executives.

However, post demonetization, the Mumbai realty market was considerably affected and a double blow followed with the introduction of RERA and GST. This led to builders being plagued with rising unsold inventory, particularly in the luxury and premium categories and rapidly dropping sales figures. Mumbai’s real estate market took a long time to recover and big-ticket deals were too far and few in between. Yet, experts believe that with several recent big-ticket property deals, all is well once again with the property market in Maximum City.

Mumbai’s realty market has been witnessing several big-ticket property deals in recent times and it seems to be part of a growing trend like yesteryears since the market has apparently recovered as per experts. Here are some of the mega deals that took place in Mumbai and property market developments which point to a brighter future ahead.

Is all well with the Mumbai property market?

The biggest ever deal for a single residential apartment in India came about in August 2015 when an industrialist purchased a triplex sea-facing penthouse in The Residence by Runwal Group on Nepean Sea Road for a whopping Rs. 202 crore. Kumar Mangalam Birla purchased Jatia House in Malabar Hill for Rs. 425 crore while Sajjan Jindal had bought Maheshwari House for Rs. 400 crore in the year 2012. Adi Godrej also bought Homi Bhabha’s famous bungalow Mehrangir for Rs. 372 crore. Peninsula Land, a company under the Ashok Piramal Group, purchased the 5-storeyed Bishops Gate for Rs. 272 crore in the year 2011.

In a city where the country’s richest man lives in a 27-storeyed behemoth roughly valued at more than a billion dollars, these deals may seem commoner than you usually think. However, they did dry up a little in the last few years. It is good news for Mumbai’s real estate sector that they are back and how! The real estate market in the city has benefited from the clean-up effected by RERA and GST and more fence-sitters are now willing to invest. NRIs are also keeping the luxury market alive while big-ticket commercial realty deals and Mumbai’s upcoming spurt of infrastructural growth should keep the residential markets buzzing in several areas. Also, the lower GST on under construction properties is another game changer that will spur more well-heeled individuals to invest in luxury real estate in Mumbai.

Resident Editor
« What should you do if your developer refrains from giving you the occupancy certificate?
Equity or property- which makes for a solid investment? »