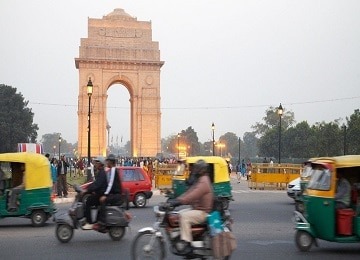 Prime property in India will always have its takers, just like it has in other parts of the world. Let’s put it down to a Maruti Suzuki and Mercedes Benz/Audi thing. Of course, the way forward, particularly in India, is emphasizing more on housing affordability and enabling more people to own their homes. This is what the Government is doing now with PMAY incentives, affordable housing incentives, lower GST and other sops. At the same time, in spite of any slump in the real estate market over the last couple of years, luxury real estate continues to find takers.

This mirrors what Maruti Suzuki is trying to achieve, namely offer entry-level offerings to enable higher levels of car ownership while also providing car models at every end of the price spectrum. At the same time, there will always be demand from connoisseurs and high-net worth individuals for luxury cars from the Mercedes-Benz, Audi, BMW or Jaguar brands. The story is the same for luxury real estate in India. Indeed, it was affected by demonetization in 2016 followed by measures like GST and RERA. However, demand is rebounding for prime real estate in major Indian cities, driven by NRIs and HNWIs alike.

In an ode to the growing stability in the luxury real estate segment, New Delhi has managed to find a spot in the list of top 10 fastest-growing markets for prime property worldwide. The Capital is now the 9th fastest-growing global market for prime property in the residential segment. Average prices of luxury real estate in key localities like Vasant Vihar, Greater Kailash, Defence Colony, Anand Niketan and Green Park have gone up by approximately 4.4% (year-on-year) for the last quarter concluding in September, 2019, as per several studies and reports. Amongst other top Indian cities, Bangalore found the 20th rank in the list while Mumbai managed the 28th spot. Prices in both cities have increased by around 2.1% and 0.8% respectively for luxury residential real estate. New Delhi and Mumbai have both moved up the rankings while Bangalore has fallen slightly as per reports.

Key aspects worth noting in these reports

Experts have highlighted the stability of luxury real estate prices in both Mumbai and New Delhi over the last quarter. Prime residential property in Delhi has witnessed handsome growth in spite of comparatively lower supply levels which clearly indicates reviving demand in this segment. Moscow is the fastest growing city for prime real estate where prices have increased by roughly 11.1% till September 2019 and it is followed by other cities like Frankfurt and Taipei. Prime properties are those situated at the costliest and most coveted locations for every city and they usually constitute the top 5-10% of every real estate market in terms of their values.

Delhi’s rise in the prime property stakes has not been entirely new. Luxury real estate prices did increase more than thresholds witnessed last year. However, prices of luxury real estate went up by around 1.4% last year after reducing by 4.9% and 2.3% respectively for the years 2016 and 2017.

Delhi’s fast-growing luxury property market is witnessing rapid growth in South Delhi, a cluster for some of the Capital’s most affluent areas. Sales figures for luxury real estate in South Delhi have remained steady over a period of 4-5 years, particularly in the upper segments. Reports have highlighted how capital values of real estate in South Delhi went up by a handsome 10-15% in the period between 2017-2019 and unit sales figures increased by a whopping 50% from the year 2016 onwards. Real estate experts feel that a large percentage of this growth in South Delhi is being driven by 3rd or 4th generation property owners looking for more value and returns from inherited properties. Delhi continues to be the biggest commercial and residential hub in North India and there is a huge base of customers who wish to remain in the Capital.

South Delhi is witnessing buildings being sold for redevelopment or even joint ventures where the owner of the property retains a stake in the project. There are investments made by property owners for redevelopment as well. Most stakeholders are going for joint ventures since they are more convenient and enable swift redevelopment. A large majority of sales figures in South Delhi has been contributed by Panchsheel Enclave, Panchsheel Park, Anand Lok, Greater Kailash I and II, Gulmohar Park, Neeti Bagh, Green Park and SDA among other areas.

Demand remains steady for luxury real estate in South Delhi, particularly due to lower inventory levels and with independent floor sales being permitted, there is new inventory being listed upon development of additional floors. Areas like Okhla are also witnessing higher traction with reputed developers like Godrej coming up with prime projects.

Sales and transactional activity in the New Delhi prime property segment will be further boosted by the regularization of 69 affluent residential colonies in the city which were hitherto unauthorized. This is in the works after the conclusion of the Delhi Assembly Elections as per reports. A decision will be taken on the granting of rights of ownership to residents in these areas likewise as part of the ongoing drive of the Government to regularize several unauthorized colonies in New Delhi.

These 69 colonies cover areas like Vasant Kunj, Sainik Farms and Chhatarpur among other prime real estate zones. The process of regularization will first be executed for colonies with lower-income group residents and the Government will then consider affluent colonies mentioned above. 3-4 months will be needed approximately for finishing the procedures for low-income group residential colonies. Once these posh colonies are regularized, residents here will obtain transfer and ownership rights to their land along with better civic and physical infrastructure in tandem with necessary amenities. The rights will be transferred upon payment of a nominal fee on the basis of the carpet area and the size of the plot. This could hover between 0.5-2.5% of the circle rate although final rates and other decisions have not been announced for these affluent colonies. The final regularization procedure could spur higher activity in terms of sales and redevelopment across these luxury real estate zones as opined by experts.