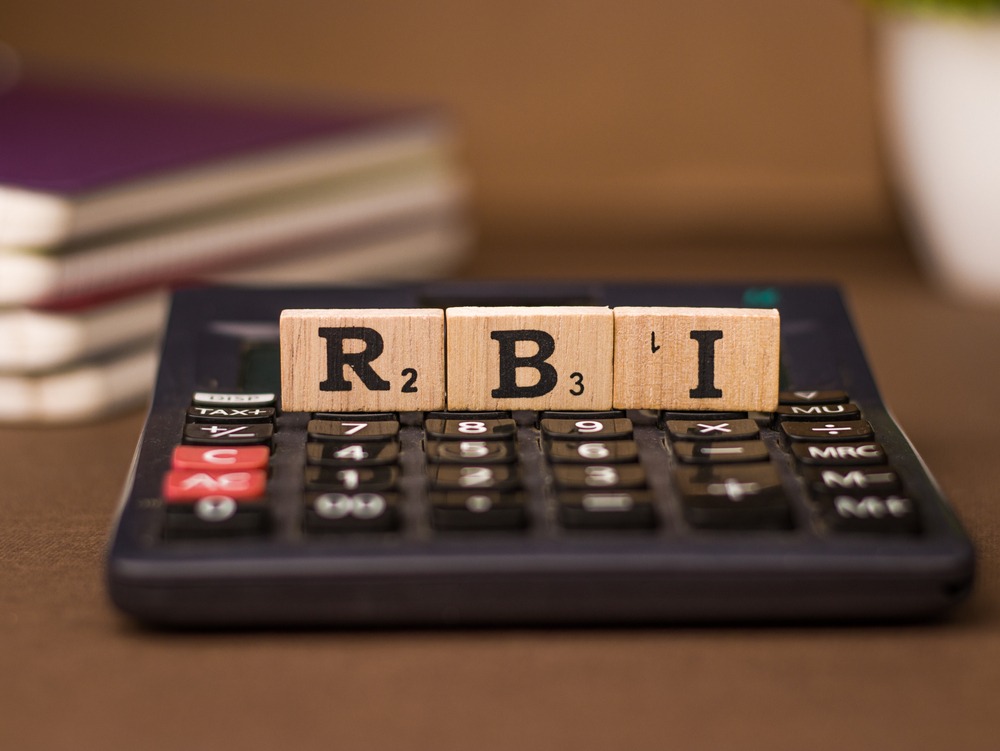 The Reserve Bank of India decides on releasing liquidity into the Indian economy. Since the first wave of the pandemic, RBI kept regulating its policy rates. At A Time When Loan Sanctions Have Remained Muted on Risk Concerns Despite an Uptick in Home Loan-Related Inquiries, RBI decided on keeping lending rate low. RBI kept its repo rate unchanged to as low as 4%, thus enabling its subsidiary scheduled banks in India to release home loans at a lower interest rate.

To provide relief to the housing sector, the finance minister announced an alternative investment fund for real estate. It was released at 25000 Cr Package for Real Estate to the housing projects withheld due to lack of funds. The relief package for real estate acted as a major saviour for the whole industry, which has a huge multiplier impact in providing jobs to millions of populations in the country.  Both these major steps taken by the government helped keep the economy stable. As the second-largest industry contributing to the Indian economy, the real estate sector demanded such strong steps.

The monetary policy committee of the RBI fourth time in a row initiated keeping the repo rate and reverse repo rate unchanged. It was scheduled at 4% to 3.35% respectively. Owing to the situation, the commercial banks could now lend money from the central bank at low rates. This would entitle the banks to allow more credit to the home loan borrowers at a low-interest rate. The move’s significance would further entitle the loan borrowers to pay lesser EMI than usually settled for.

There was a hike in demand for home loans amidst the pandemic, and to meet such a demand, the unchanged repo rate threw light on the need for an adequate supply of funds. With that, not just the borrowers, the FD investors were also seen in an advantageous position. The different commercial banks could now no longer be arbitrary with the interest rates. Some significant analysts considered experts in the field of real estate have observed this move of the central bank to bring about improvements in the economy.

Impact of RBI’s linking of risk-weightage factor to LTV only.

RBI’s guidelines on reframing the risk-weightage norms were another boon for the real estate sector. The home borrowers were all in a win-win situation. Previously before the initiation of the central bank, the risk weightage factors were mainly two. Namely, the weightage of the loan and LTV ratio. However, the new norms of the regulatory policy mention the risk weightage factor to be related to the LTV ratio only. Any Home loan approved up to 31st March 2020 will be benefited from this new policy.

To the guidelines of the regulatory body, several economists threw light on the advantages of the same. The benefit is none other than maintaining employment in the sector as much as possible. Also, the home borrowers had a great chance to fulfill their dreams of owning a house.

With the coronavirus outbreak, its repercussions on the economy were tremendous. To revive the economy, the apex regulatory financial authority decided on granting temporary relief for the existing home loan buyers. Thus, a moratorium was announced by the central bank on 27th March 2020. As per the guidelines, the failure of parties to pay loan installment would not lead it to be seen as a ‘non-performing asset.’

It was a guideline that was allowed for the other banks in India to follow. This massive step was a true spirit to check on those suffering from a lack of liquidity. The financial crunch that the pandemic has brought is not worth comparing. However, such efforts by the monetary policy committee of the reserve bank of India is an active method. With the end of the moratorium, it was noted that the number of applicants was huge, and thus we can say the guidelines were effective in their true terms and spirit.

The sole purpose behind such a proposal was to help the targeted groups in the real estate sector. The target group under the incentive scheme included residential housing, small, micro, and medium enterprises, and retail automobile loans. The validity of the incremental process was made applicable till 31st of July 20220. The exemption was allowed for about 4% of the total deposits of each commercial bank with the RBI.

On 19th November 2019, Ghaziabad, President of CREDAI, brought to the point that about 4050 projects were entitled to be benefitted from the central government’s scheme. Most housing projects in Ghaziabad were delayed by approximately 2 to 3 years. About 14000 home buyers who were awaiting their respective deliveries could be compensated out of the scheme.

The president suggested changing the law whereby the home buyers could be prevented from initiating legal proceedings against respective real estate contractors. Also, he suggested that the point of contact between home buyers and their assets should be the RERA (real estate regulatory authority) instead of the consumer forum. These were the few considerations that depict the applicability of the government schemes and guidelines.

The demand for housing and similarly related projects was at its peak. However, the supply was not adequate to meet the growing needs. Owing to a lack of funds, housing projects in the real estate sector were pending. The situation was taken under consideration, and Finance minister Nirmala Sitharaman came up with a 25000 Cr Package for Real Estate. The purpose behind the scheme was to identify and meet the needs of genuine projects that seek assistance.

Along with real estate contractors, the scheme was also aimed at assisting finance companies and banks. Apart from net-worth positive projects, it will also help revive or restart the projects termed as non-performing assets and those pending litigation under NCLT. Any project suffering from liquidity or credit availability issues was meant to be benefited out of the scheme of the central government.

The scheme was to be disposed of unit-wise. The real estate AIF provided funds to pending real estate projects with a unit size of lower than Rs 2 crore in metro cities and Rs 1 crore in other smaller places. Out of the remaining, Rs 10,000 crores were awarded to SBI and Life Insurance Corporation (LIC). Also, any project beyond the purview of registration with the real estate regulatory authority will be kept away from the benefits of the scheme. The minimum value for each project was set at Rs 400 crores.

The scheme was none other than a renewed version of the 14th of September 2019 “special window” plan. The new plan targeted to meet the needs of over 4.58 lakh housing units spread all over the country. The strategy behind the dispensation of the scheme was commendable as the union government reached out to the top two lenders in the country.

With the real estate AIF, the government made up a full-proof plan to kick start the second largest sector in India. While cutting down restrictions on the deplorability of funds, the government was assured that funds would reach the right place for the right target. Jaxay Shah, the CREDAI chairman, threw light on the same. Now, by enabling the scheme, home buyers and real estate contractors could resume their long-stuck work if it happens to be net worth positive.

Most economists and potential people associated with the industry reflected on the fact that the move of the union government played the role of watering the plants of the real estate sector. The ultimate goal of promoting housing and retaining employability in the real estate sector was accomplished.

To secure financial stability, the financial regulatory authority and the Union government came up with an umpty number of policies and schemes. All its efforts were directed towards securing employment structure along with promoting housing at low rates amidst the pandemic. From cutting down the repo rate and incentives on CRP, and the alternative investment fund, all of it forms part of the success story.

There was a welcoming attitude observed out of the experts and economists likewise. The six-member monetary policy committee worked wonders with their calculations on preventing the GDP from a drastic fall. With that, we have come to the end of this piece. For other aspects and updated news on real estate, visit the Square Yards home page for more such updates.

1.What do repo rate and reverse repo rate stand for in the context?

This is the most important question that most of you might be facing now. Repo rate in nothing was the rate at which the central financial regulatory body lends money to other commercial banks. Whereas the reverse repo rate is when the same authority borrows its funds.

2.How does the moratorium announced by RBI benefit home buyers amidst covid?

The three-month moratorium offered by the Reserve Bank of India allowed delayed payment of installments for home loans. With this policy at hand, people could retain liquidity with them for necessities and clear off debts at a later stage. Looking into the financial category of home buyers, RBI initiated the step.

3.How long can we expect Repo rates to remain unchanged by RBI?

Given the situation, the repo rate and repo rate cannot be expected to change any time before 2023. As they were faced with the coronavirus pandemic, the economy received a major blow. And recovery for the same would take quite some time. Based on that, one can expect low repo rates till 2023.

4.What was the impact of the reduced repo rate on the public sector banks in India?

5.Which other sectors Does RBI aim to assist with its schemes?

Apart from the real estate sector, RBI aims at assisting other sectors that were hit by the covid-19 pandemic. In its recent 2021 regulation, it mentioned its intention to aid the hotel and tourism industry too. The financial regulatory body allowed Rs 15000 crore for this purpose via its recent policy.

Stamping Your Way to Ownership

All You Need to Know about Indian accounting Standard (Ind-AS…

All That You Want to Know About the Transfer of…