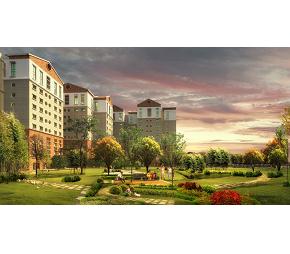 + 5 More Banks
Status: Early Stage Construction
Ratingi
Our proprietary project rating system assesses the level of amenities and specifications provided inside a residential project to help you objectively evaluate the comfort & convenience that you are going to get. We rate it like we were buying it.
Decision Drivers
i

Team Taurus is one of Kolkata’s most reputed and biggest real estate companies. In the last decade, it has been credited with some of the city’s most pioneering projects. Its efforts to transform the city skyline have not gone unnoticed. Rather, it is now acknowledged as one of the most popular entities in its segment. The portfolio of Team Taurus projects includes multiple residential and commercial projects covering pioneering ventures like Themed Disney Living. Several strategic locations have been chosen for projects in Kolkata and nearby suburbs with high growth potential. Ensuring good returns on customer investments is a major priority here coupled with guaranteeing greater value for money. Premium amenities are offered to buyers at projects coupled with excellent connectivity. Prices are kept competitive without compromising on grandeur, luxury and design excellence. Major landmarks include Wow, Bellagio, Pather Panchali, Déjà Vu, Kabya at emerging locations such as Rajarhat New Town, Boral, etc.

Most Viewed Properties In Joka