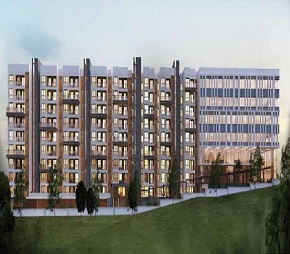 When it comes to new upcoming residential projects in Bangalore, Jakkur has been witnessing a rising demand for property due to improved connectivity to areas like Hebbal and the International Airport. The Jakkur Aerodrome is a major landmark in the area, and is Bangalore’s sole general aviation field. It is also home to the Government Flying Training School, which is the only such school in the state. This institution offers flight training facilities while zones are leased out to private players for maintenance and hangars.

Jakkur also promises smooth railway connectivity to residents. The Jawaharlal Nehru Centre for Advanced and Scientific Research is a well-known organization in the vicinity. The area enjoys easy accessibility to IT Parks such as the Kirloskar Business Park, while the BMTC bus network is also highly active here. One can reach the Bellary Road or the National Highway 7 in only 100 metres, while the Ring Road is also well-linked from here. The city railway station is at a distance of 35 kilometres from this locality, while the nearest railway station is only 4.5 kilometres from here. These crucial factors have played a major role in boosting the demand for new upcoming projects in Jakkur.

If you are on the lookout for new development in Jakkur, it would interest you to know that there are several popular shopping centres nearby, including the likes of MK Retail, Reliance Fresh, Food World, and Big Bazaar. The area also abounds in numerous accessories, apparel, and electronics stores. There is also a beautiful lake in the neighbourhood. Canadian International School, Ryan International School, Delhi Public School, Reva, BIT, and NITTE are some of the leading educational institutions that are well-connected from here. The Asia Hospital is a major hospital that lies within 2 kilometres of this area. So, looking for new launch residential projects in Jakkur would be a really good decision.

The key newly launched projects in this area include, Arvind Skylands, Unishire Triumph, Legacy Dimora, Legacy Tisora, Parth Oyester Phase II, and few others. There are some mid range as well as luxury projects for sale.