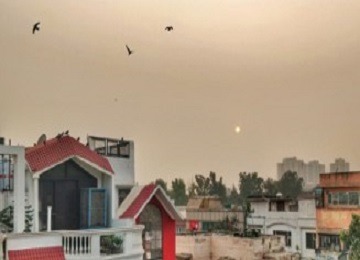 Real estate in India has been recovering slowly yet steadily from a prolonged slump over the last few years. It all started with factors like demonetization followed by aspects like RERA and GST along with the liquidity crunch across NBFCs, a vital source of funding for the sector. While the sector has now become more transparent and upholds higher accountability on part of developers, it is yet to overcome the liquidity crisis entirely. The Central Government has been doing its bit to revive the sector, recently announcing the creation of a new AIF (Alternative Investment Fund) of Rs. 25,000 crore for completing unfinished/stalled projects in the affordable housing space.

The Government has also been striving to boost real estate demand courtesy its emphasis on affordable housing (Housing for All by 2022 mission, Pradhan Mantri Awas Yojana and interest subsidies, additional tax benefits, lower GST of 1%) and also measures like the cut in GST rates of under-construction properties to 5%. Several other measures are being taken to ease the liquidity scenario for real estate developers while also enhancing customer demand at the same time. However, while Indian real estate is clearly recovering from the slump of yesteryears, experts feel that there is still some time to go before it can make a full recovery. Reports, however, indicate that real estate did remain resilient in India last year in spite of several road blocks.

In spite of growth in overall wealth creation and record lower levels of rates of interest worldwide, reports state that the overall economic slump has eaten into prices of prime real estate throughout the world. Experts state that prices have changed considerably across 100 global cities and popular markets for second home markets in the year 2019. Several reports state that annual prices of prime real estate have changed by 9.6% and 10.3% respectively for Lisbon and Frankfurt while they have grown by close to 7.6% and 8.9% for Taipei and Seoul respectively. Hong Kong has grown by 2.9% in this department with its lowering of the mortgage cap and three reductions in rates of interest, thereby offsetting some of the impact of volatility in the political arena.

Singapore has witnessed price growth of approximately 1.2% while New Delhi has posted 4.7% of annual growth in prices of prime real estate. Bangalore has posted 2.1% of growth while 0.5% was the growth percentage for Mumbai. Experts have stated that prominent luxury real estate markets in the Asia Pacific region have successfully absorbed volatility throughout the global real estate market last year. Indian residential real estate has thus demonstrated its resilience in spite of economic fluctuations. Lower supply of prime Residential Property and higher demand along with easier credit access are key factors behind strong performance in Seoul’s prime real estate segment. The lack of ample supply is also a reason for growth in Taipei along with stronger demand from cross-border investors looking for risk diversification.

Monaco is still the costliest city across the world where just 16.4 square metres can be purchased for a whopping $1 million. At the same price in Mumbai, a comparatively larger 102.2 square metres can be purchased which equates to a sizable 2 BHK unit. Experts feel that prices of prime real estate have largely remained stable over the last 5-6 years and the relative stability of the rupee in India will enable end-users and investors to purchase more luxury real estate in the current scenario as compared to the 2015-16 period for instance. While other Indian metros may witness a pick-up in demand for luxury real estate, Mumbai will still need some time to recover with comparatively lower growth in prime real estate prices according to reports.

Several reports have also highlighted how branded and reputed real estate players are doing well in the Indian market. This also points at the growing resilience and sustained recovery of the sector throughout 2019. Studies highlight growth of 2% in sales bookings for homes throughout India’s top 9 listed real estate developers in the third quarter of the current financial year. Bookings touched a whopping Rs. 5,800 crore in this period as per reports. Bookings have thus gone up decently for leading real estate players in the country like DLF Limited, Godrej Properties, Puravankara, Brigade Enterprises, Prestige Estates, Mahindra Lifespace Developers, Kolte Patil, Sobha and Oberoi Realty.

Sales figures and revenues continue growing steadily for the top real estate developers in the country and collective revenues have actually increased by 4% if a quarterly comparison is taken into account. The first three quarters of the present financial year highlight overall sales bookings of Rs. 16,500 crore for these branded developers which is sizably more than Rs. 15,730 crore in bookings for the same period in the earlier fiscal. The maximum sales revenues were garnered by popular developers Prestige Estates, Godrej Properties and Sobha while the others followed closely. Together, these three developers accounted for 55% of overall revenues from sales in the period.

New launches by these developers have also come down to 15.71 million sq. ft. for this period, representing a decline of close to 50% as compared to the same period in the earlier financial year. This has led to better consolidation and greater emphasis on selling and completing existing projects. The approach has worked for India’s leading real estate developers. All in all, a resilient real estate sector has been observed across India in 2019 and progress has been slow but steady. That is the key positive to take into 2020, a year when real estate recovery is expected to be accelerated by key Government reforms and several other factors.