After initial jitters, UK’s real estate industry is showing some signs of resilience on the back of better economic fundamentals, low supply & a relatively sound employment market.

More than 3 months have passed since 23rd June, when in one of the landmark moments of History, UK voted in favor of quitting the European Union, an association that had lasted for over four decades.

The critical decision, for which the whole world has been waiting anxiously for a while, was immediately followed by a slew of shockwaves felt in the economic & commercial walks of things. The pound nosedived against the dollar, stock markets plummeted & yields on government bonds almost got halved in a month.

The negative jitters had also been felt in the UK’s real estate industry that otherwise was rallying ahead over the past few years. This forced major UK based funds such as Standard Life, Aberdeen & Aviva Investors to put a freeze on the withdrawal. Average prices of residential & commercial real estate, got corrected by around 2.6 & 5% respectively between 23rd June & end of August.

Amongst the analysts & opinion builders, the ongoing apprehensions about the UK’s economic future intensified with many opining of a mild recession to be unfolding soon.

Signs of Bouncing Back

However, it has been over 3 months of the landmark decision & the economic fundamentals of UK appear better than what was prognosticated earlier.

Both the service & manufacturing sector has witnessed growth in terms of numbers. Service sector that accounts for around 80% of the UK’s economic output has been one of the major growth drivers in the recent times. After the referendum of 23rd June- between June & July, the service sector in UK has surged ahead by around 0.4%, higher than 0.1%, that was estimated earlier.

Similarly, the manufacturing sector in UK has also demonstrated resilience during August & September after suffering headwinds during the month of July. In August the Purchase Manager Index (PMI) has risen to 53.4, a five-point surge after reaching its nadir in last 41 months at 48.1 during July. 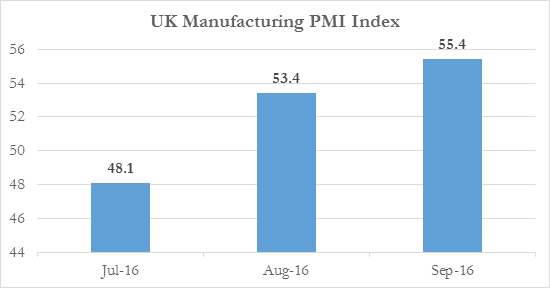 The surge has been driven with the help of rise in domestic & international demand, with the later further augmented due to a weaker Pound. The PMI further rose to 55.4 in September.

The resilience shown by the economy in recent times have led the IMF to raise its growth forecasts for UK to 1.8% for 2016 from 1.7% before.

What Lies Ahead for the Real Estate in UK

After initial price corrections, the real estate industry in UK is also demonstrating signs of recovery with uptick witnessed for the month of September, in the Halifax Housing price index, that is compiled based on a sample of mortgage data covering around 15,000 house purchases per month.

Industry insiders believe that positivity should sustain in the residential & commercial realty sectors in the times to come. 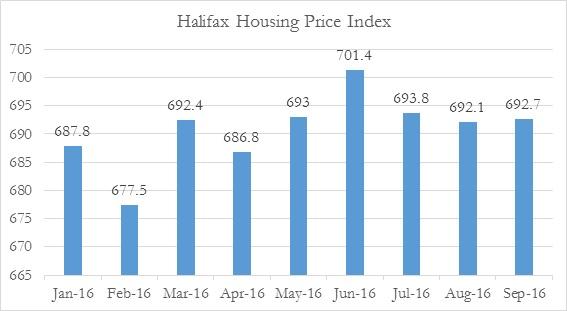 A sound job market can further continue to give positive push to the UK’s realty sector. During BREXIT, there was some degree of disquiet that UK’s departure from EU might stimulate some of the London headquartered MNCs to scout out new destinations to shift their head offices. The usual choices were Eurozone cities such as Paris & Frankfurt. There were further fears that such an exodus might result into job cuts & relocations.

However, it has been a quarter & it appears that a large scale relocation might not be on the cards. According to the survey conducted by ONS during May-July, the rate of unemployment has been estimated at 4.9%- down by 0.6% on a Y-o-Y basis.

The downfall in the value of Pound & record low rates of mortgage could be other growth drivers. A pound going down the slope is enticing some international investors to look into investing in the more affordable UK’s property market. Although, exchange rates are not the major decisive factor when it comes to making real estate purchase, international investors with large cash in dollars are looking forward to UK’s realty asset classes, as revealed by some local brokers.

There is also high speculation that the central bank might further cut its rate, which will make home mortgage cheaper in the times to come.

It is early to form an opinion with respect to the dynamics of UK’s real estate industry. Most of the industry insiders are still in a wait & watch mode to evaluate, exactly how the industry will react in the times to come.

At present the relationship between the price movement of properties & the EU referendum could be best described as inconclusive. But yes looking at the health of UK’s present economic dynamics, it could be safely said that it had successfully shrugged off the initial jitters, wherein most of the analysts & experts warned of harder times ahead.

Downward pressures, emanating out of BREXIT is there to stay but so should the counter currents that should mitigate the same. Driven by a surge in service & manufacturing sector, UK’ economic health looks decent at the moment. Coupled with a limited supply of stocks & cheaper home mortgage, the real estate sector should be upbeat in the times to come.

Eurozone contributes just 5% of the UK’s total service sector export. Given the sector’s strong hold in UK’s economy, the economic impact of leaving the Eurozone might be limited, even in the near future.

However, there are areas of concerns whose impact on the overall economy is yet to be completely unfold. One of them surely is the way value of Pound is pounding down the slope. A weaker pound can boost export but will also translate into higher import costs. With the current account deficit estimated in tune of nearly USD 22 billion (in August), this might be detrimental to the economy. However, the government’s emphasis on raising the export could bridge the present gap in current accounts.