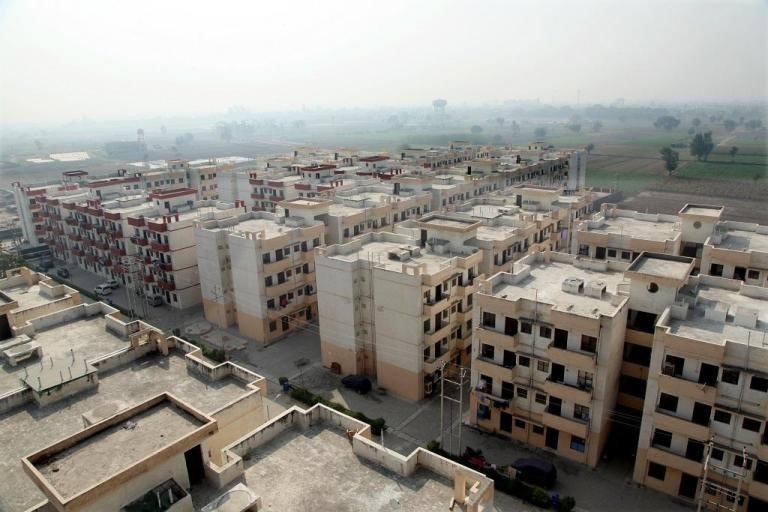 The term affordable housing has become something of a buzzword in recent years and clearly the next big thing for the Indian real estate sector. Why is this so? Opinions differ on this with several experts claiming that the skyrocketing prices of real estate in most metro cities and even tier-II cities led to a glut in the market as far as buyers were concerned. This, clearly led to shifting customer preferences for low-priced and affordable projects in keeping with the economic aspects of the time. Some experts feel that this is natural with growing urbanization, increase in population in and around major cities of the country and of course, the entry of more first-time buyers and families into the realty market.

Whatever be the reason, affordable housing is clearly here to stay and with gusto! As of August 2018, multiple studies and reports noted that overall residential sales volumes have been boosted greatly by affordable housing due to growing interest of real estate developers in this segment and the sops offered by the Government. As per reports, one out of every five homes that are sold in the country were priced lower than Rs.25 lakh at this time in the affordable housing segment. This clearly indicates how much the segment had progressed by then and how far the market opportunity lay for developers to boost their businesses in this category.

Here’s looking at some other key trends that are worth noting in this regard:

How the Indian real estate market is faring

Here’s taking a look at the Indian real estate market and how it fared throughout 2018 with some key indicators for 2019 as well.

Sales volumes came down by 16% in Gurgaon with 9,425 units being sold in 2018 while they were down by 5% for Noida at 3,828 units. They also came down in Hyderabad overall by 17% to stand at 15,486 units while transactions also declined by 2% in Thane to stand at 46,347 units according to several reports. However, these are all recovering markets.

The Delhi-NCR market is already witnessing the positives arising from the metro network expansion and other infrastructural development along with increased customer confidence in the housing market. On the other hand, Hyderabad was one of the most stable and fast- growing realty markets and the trend is set to continue, observing rapid growth in its peripheral areas and outskirts. Overall, new launches decreased by 22% in 2018 to stand at 1.46 lakh units in comparison to 1.87 lakh units that were launched in 2017. On the flipside, this played a role in lowering overall inventory to 6 lakh units, indicating a drop of 10%.

Interestingly, as estimated by experts, a whopping 40% of sales volumes in 2018 were derived from the affordable housing segment. Almost every major real estate player in India, irrespective of previous project categorization and overall market presence, ventured into the affordable housing category according to industry experts. This segment was previously bypassed by luxury real estate developers but with sales volumes increasing rapidly in this space, everybody now wants a piece of this lucrative pie. For 2019, affordable housing should keep driving growth with favourable policies, growing developer interest, more supply and the fading out of the initial impact of GST and RERA.

While the circumstances are paved favourably for affordable housing to grow steadily, there are some challenges which have to be taken into account as well. Firstly, reports reveal that new launches in this market segment have gone up exponentially in recent times. Out of around 77,590 units sold in the top 7 Indian cities, as per reports, almost 25% have prices lower than Rs.10 lakh while the remainder have prices between Rs.20-40 lakh. This goes to show the burgeoning popularity of affordable housing by all means.

However, the challenge lies in the fact that a large majority of these projects are situated in peripheral zones of these major cities and sometimes hugely outside the city limits as well. The huge cost of land in key cities, particularly in metros, has led to real estate developers coming up with affordable housing projects in far-away suburbs and the outskirts. For instance, if you take a city like Mumbai into consideration which is the costliest housing market in the country and a city with huge scarcity of land, centrally located units are unaffordable for most buyers since huge land costs borne by realty players are naturally passed onto buyers.

Suppose redevelopment projects were taken into account for buildings which are in a dilapidated condition and very old within city limits, higher FSI could be a solution worth considering although the yield from redevelopment may be nominal. There should be clearer policies for redevelopment and property ownership with a stipulated component of affordable housing mandated for these projects.

Real estate developers often have to invest huge money and spend a lot of time for the acquisition of the redevelopment legal rights for buildings/projects located centrally within the city. They will obviously want to realize this investment from the project and hence they usually provide premium and ultra-luxury developments in central areas of major cities that have been redeveloped. The Government should be selling redevelopment rights with a compulsory regulation for the development of just affordable housing projects in key city areas. There need to be more policies encouraging developers to come up with mass housing projects and that too within city limits as opined by various experts.

The new 2019-20 Union Budget is an interim one although the provisions already stipulated may well boost the affordable housing space in the following ways:

100% deductions on profits of real estate developers in tandem with a dedicated fund for affordable housing are other key measures for boosting this segment in India. Supply levels have gone up considerably in the space and should keep increasing over the next few years. In fact, several financial institutions are also taking the initiative to offer interest cuts on affordable housing loans which now constitute a major chunk of home loans disbursed by them.