Home » Andheri East & Jogeshwari East on the path of a residential boom, thanks to its peerless infrastructure

Andheri East & Jogeshwari East on the path of a residential boom, thanks to its peerless infrastructure Mumbai’s realty market has been on a cruise mode of late. Bracing the economic slowdown and structural changes with aplomb, the financial city of India is vigorously charting a path towards a new, prosperous realty future.

Mumbai is witnessing a massive infrastructural boom that will change the façade of the city and fuel a deluge of real estate possibilities. A host of suburbs in the Maximum City are undergoing a revamp in their infrastructure and this has drawn the attention of real estate investors.

Andheri East and Jogeshwari East are two such suburbs that have become the apple of the eye for homebuyers and investors alike.

Andheri East is a well-developed and coveted region of Mumbai having a slew of residential projects and well-known commercial hubs. The region is in close proximity to Jogeshwari East and West, Goregaon, Malad Creek and BMC road. 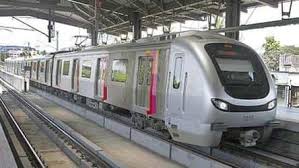 Where distance is measured in time, not kilometres, Andheri East is blessed to be connected with Jogeshwari-Vikhroli Road and the NH8.

The region is also linked to the Western Railway network that extends from Churchgate to Vasai and with the Harbour Line that joins Andheri to Panvel. The Chhatrapati Shivaji International Airport is also within touching distance from the area.
The Andheri East-Jogeshwari East suburb will soon get a metro transit medium as the upcoming metro line 7, an elevated 16.75 km elevated corridor with 13 stations from Andheri East to Dahisar East will soon become operational.

This robust transport apparatus and convenient location have led big-ticket developers like Omkar, Mahindra Lifespaces to erect residential projects across this region.

The social infrastructure of a place is pivotal to enhancing the living conditions of people living there. And the Andheri-Jogeshwari suburb is no exception to this. The area is home to a number of elite schools, 5-star hotels and retail establishments. 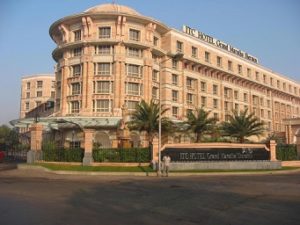 The Andheri-Jogeshwari belt is steadily becoming the piece de resistance for employment generation, owing to its proximity to major employment hubs and its most sought-after rich social infrastructure.

The area is brimming with glitzy office spaces, IT parks, knowledge hubs and what not. Infinity IT Park, Mindspace IT Park, Nirlon Knowledge Park and SantaCruz Electronic and Export Promotion Zone (SEEPZ) are some of the heavy-weight employment zones in that expanse.

TCS Banyan Park, NESCO IT Park, Sun Pharma, Raheja Titanium are other landmark employments hubs located near the Western Expressway. An excellent pool of talent residing in Andheri and Dahisar has drawn many MNC’S to drop roots in the area and tap this latent talent. This has also contributed to a population boom in that zone.

The Andheri-Jogeshwari belt has steadily climbed up the ladder as a coveted residential hotspot. Rapidly developing infrastructure, excellent connectivity to all major employment and entertainment hubs, new age offices & commercial zones by several MNCs and corporate honchos have made it an epicentre for a residential housing boom.

Property rates hover between 14,400-22,000 INR/Sq.ft in Andheri East while Jogeshwari East is maintaining a price tag hovering around 14,600-23,800 INR/Sq. ft. The prices depend on factors like location, amenities provided, builder’s brand and age of the building.

Ready-to-move homes have hooked in many home seekers towards this locality owing to the quality of life and exclusive amenities on offer, not to mention the smooth connectivity.

Flying lifestyles, entertainment and recreational zones, swanky retail stores and shopping malls are drawing millennials towards this belt and this has shot up rental rates extensively. A 3BHK residential units in the Andheri can fetch rental rates of 90,000 INR.

Summing up, the future of Andheri-Jogeshwari stretch is bright and investment in this zone will be a worthwhile one. The region has all that it takes to make it a dream destination-excellent connectivity, bustling commercial hubs of renowned MNCs and Indian corporates, swanky entertainment zones, world-class hospitals and good schools.

The location advantage and upcoming metro projects will auger well for the residents of the area and pave the way for mushrooming of prime residential projects in the near future.

Sumit Mondal Content Analyst at Square Yards
« The Pandemic Induced Lockdown Has Altered Businesses Forever and Real Estate Is Not Exempted – So, What’s Changing?
Investing in Real Estate a worthwhile one even in times of crisis »