Basava Vasati Yojana – A Housing Scheme for the Poor in Karnataka 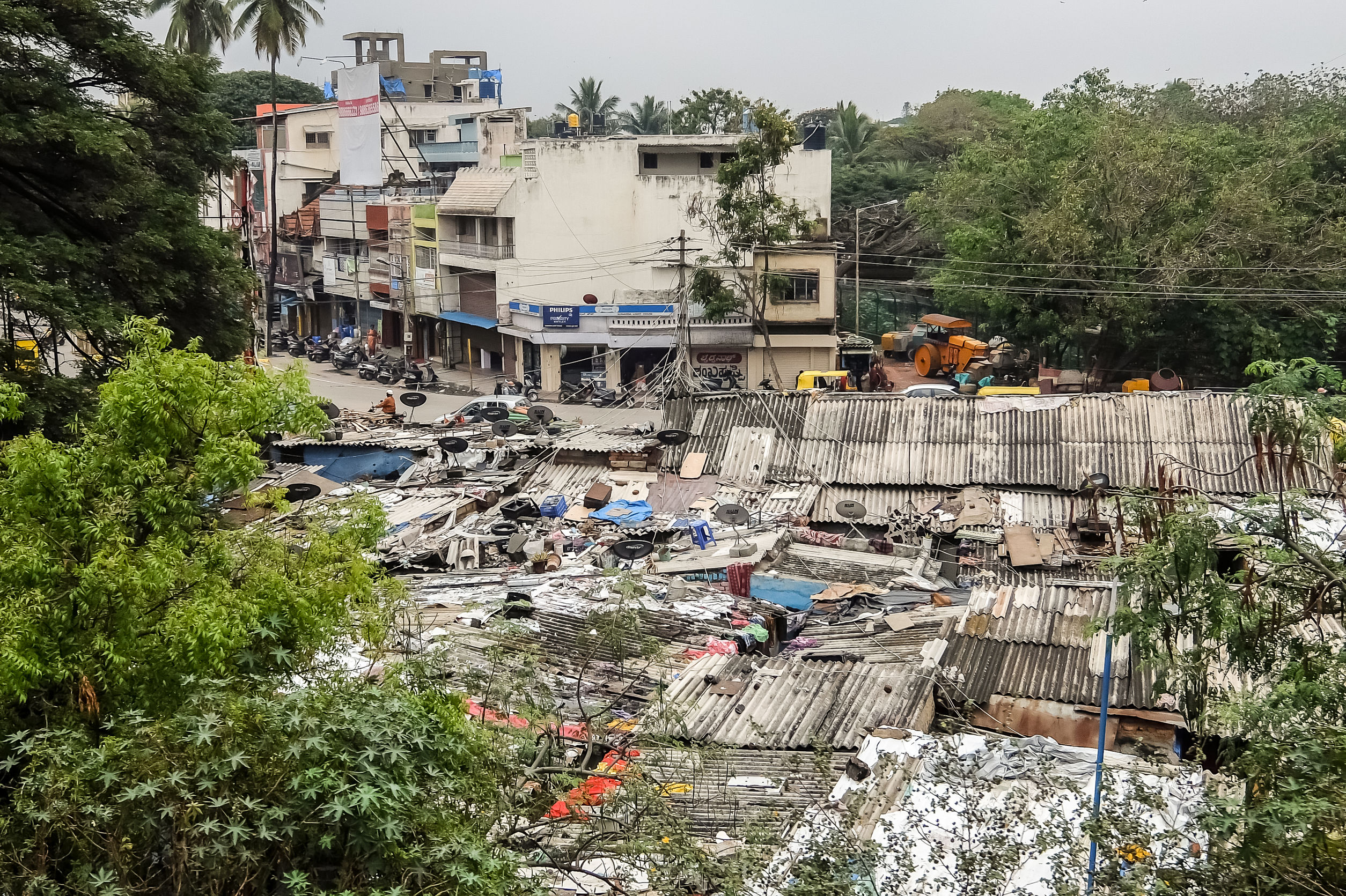 The Basava Vasati Yojana is one of six different schemes initiated by the Karnataka government to provide housing for the homeless. This scheme is not open to migrant workers since a prime requirement for this beneficiary is to be a resident of Karnataka.

The yearly salary boundary for the beneficiaries is ₹11800 and the maximum financial aid to each beneficiary is ₹20000. The Navagrama Ashraya Yojana is a joint project of the Ashraya housing scheme and the SGRY.

Many government programs have been created to provide cheap housing to those who are financially underprivileged. The Karnataka government has also taken numerous initiatives to provide affordable housing to those people, including establishing the RGRHCL enterprise. RGRHCL stands for Rajiv Gandhi Housing Corporation Limited. This company manages the "Basava Vasathi Yojana," a government-run program that allows the housing to the needy.

Objectives of the Basava Vasati Yojana

The objective of this Yojana is to provide housing to poor and economically backward citizens of the state. The scheme will entitle selected beneficiaries to receive 85% of the material required to build a house. The scheme is also intended to improve the standard of living of people from the economically deprived classes.

Unlike previous housing schemes, the Basava Vasati yojana will cover the poor and the homeless from both the urban as well as the rural sections.

What Are The Main Objectives Of Rajiv Gandhi Housing Corporation Limited?

The Karnataka government's Basava Vasati Yojana program aims to provide affordable housing to economically disadvantaged people. Under the concept, impoverished persons who cannot buy a home owing to their financial circumstances can build their own homes if they possess the land. The government gives the materials needed to build a pucca house. The entire strategy aims to raise people's living standards.

The Karnataka government's Basava Vasati Yojana program aims to provide affordable housing to economically disadvantaged people. Under the concept, impoverished persons who cannot buy a home owing to their financial circumstances can build their own homes if they possess the land. The government gives the materials needed to build a pucca house. The entire strategy aims to raise people's living standards

Other Housing schemes for the poor in Karnataka

The Karnataka government has the scheme to provide one lakh homes for the poor at a cost of ₹5 lakhs each. People from the SC/ST category will need to pay ₹4.3 lakhs only. 10 percent of the houses will be of the 2 bedroom hall kitchen (BHK) type while the rest will be 1BHK. This project had stalled due to a shortage of land but after it came under the RGRHCL, encroachments were cleared to make way for land and construction of 46,499 houses has started on 316 acres of land.

Under the EWS scheme, 37.88 lakh houses were built for the poor. The construction of these houses also generated employment. These houses were later distributed to the poor through the MLA’s under whose constituency the houses were.

Under the Dr B.R. Ambedkar Nivasa Yojana, housing was provided in urban and rural areas for people belonging to the scheduled castes and scheduled tribes only. The maximum income level fixed for people to be eligible for housing in this scheme was ₹32000 for rural areas and ₹87000 for urban sectors. Under this scheme, the state government provided subsidies of ₹12.75 lakh for every house in the rural sector while it was ₹2 lakhs for every house in the urban sector. The targets were 50,000 homes in 2015-16 of which 13,786 homes were actually built. During the following year, 65,645 homes were built against the targeted 105,000.

Under the Indira Awas Yojana/ Pradhan Mantri Awas Yojana which was launched during 1989-90, 60% of the housing proposed were for scheduled castes and tribes and 15% for minorities. The cost of each house escalated to ₹1.2 lakhs upto 2015-16 and ₹72000 of the cost of each house was shouldered by the central government and the remaining by the state government. For a 13 year period from 2004 upto 2017, 10, 36,582 homes were built under this scheme.

The Urban Ashraya/ Vajpayee Urban Housing Scheme was a scheme especially for the urban poor and homeless and was started during the year 1991-92. The salary limit for the people qualifying as beneficiaries were also ₹32000. The mode of selection of beneficiaries was by an Ashraya committee whose members were selected by the government. Each committee was headed by the local MLA of the area.

There was another Bengaluru Housing Scheme 2021, the Devaraj Urs Housing Scheme which was launched during 2014-2015. The beneficiaries of this scheme were physically handicapped people, lepers, HIV affected families, devadasis, safai karmacharis, bonded labourers, orphans, widows, people affected by communal riots and transgenders. The selection of beneficiaries was to be done by a district committee headed by the district commissioner. Like in most of the previous schemes, there were shortfalls in the yearly targets. During the first year, 4754 homes were built against a target of 5000. During the following year, 14206 homes were built against the targeted 15000 and 10817 against 15000 the year after.

All these housing schemes were mostly for the poor and the backward classes. Karnataka has had a good track record in building homes for the poor and the homeless. The Basava Vasati Yojana is also expected to do well and with the launch of the digital portal, there is likely to be a little fraudulent transaction.

Eligibility Criteria for the Scheme

The documents required for applying for the Basava Vasati Yojana are the address proof, aadhaar card, proof of income, proof of age and a passport-sized photograph.

The things required to fill in the Basava Vasati Yojana application form are the applicant’s name, gender, applicant’s father’s name, income details, name of Mandal, village and the district. Applicants need to also provide an income certificate, aadhaar card number and a photograph.

Those interested in availing the benefit of the Basava Vasati Yojana can apply online. The portal is the ashraya of the Karnataka Rajiv Gandhi housing corporation.

The application will go into the list of beneficiaries on the basis of a random lottery system at the Block Development Officer’s (BDO) range. Once selected, the beneficiary list is approved by the local gram panchayat.

The BDO will visit the beneficiary at the registered address and include the name of the beneficiary in form 17. The final list of beneficiaries is then sent to the local Block Development office.

Steps to check the beneficiary status

Visit the RGRHCL (Rajiv Gandhi Rural Housing Corporation Ltd). On selecting beneficiary information, a new page will open up. On the new page, select the district and the acknowledgement number received on the successful application.

The RGRHCL portal needs to be visited again. Select the option out of urban and rural. After this, select the ‘name correction’ option. The system will prompt you to enter the district or taluka. From the list displayed on the screen, your name correction can be checked.

Visit the RGRHCL portal and open it. You will need to search for the ‘subsidy fund release’ icon and click on it. Select the urban or rural area, the year and the week along with the reference number given to you on successful upload of your application.

After all, the prompted details have been entered, click on the ‘submit’ point and note the details on the screen.

Important notice for the beneficiaries

As per a new notice issued by the RGRHCL (Rajiv Gandhi Housing Corporation Ltd, all applicants will need to download a mobile app named Indira mane and enter the status of their home improvement in the menu. As per the new directive, funds to the beneficiaries will only be released when the latest update is entered into the app.

As per the latest update, there are 1.69 houses planned to be built by the Karnataka State government under 6 schemes including the Rajiv Gandhi rural housing corporation Ltd (RGRHCL), Basava Vasati scheme and many more.

69,000 of these houses are to be built in the Raichur, Chikkamagalur and Mysuru areas and another 1.2 lakh homes will be built directly under the Rajiv Gandhi Rural Housing Corporation at a cost of ₹10000 crores.

Other information: The site has options to also view special features such as the geo duplicate process, blocked houses, death case status, and MPIC report.

I am a domiciled resident of Karnataka. I have an inherited house in a neighbouring state. Will I still be eligible to be a beneficiary of the Basava Vasati Yojana under the Rajiv Gandhi Rural Housing Corporation?

You will need to transfer the name of the inherited property if it is registered in your name. You can transfer the ownership to your spouse or an adult child. You will not be eligible to be a beneficiary of the Basava Vasati Yojana if you have a property in your name, even in another state.

Can I request for receiving building material for my home construction under the Basava Vasati Yojana instead of the monetary grant?

This is a major change as beneficiaries are receiving a monthly monetary grant for building homes. It is suggested you personally meet and speak to the Block Development officer of your area and request the officer to provide building material for construction.

Can I build a home in another plot of mine with the grant that I receive from the Basava Vasati Yojana?

You will receive monthly instalments of the grant money for a year. During the period, there will be periodic visits from the block development officer to monitor the status of your plot where you will be building the house. Further instalments of the grant are likely to be stopped if no progress in construction is observed. Hence, it is not advisable to build another plot.

Can I get an additional loan for building my house under the Basava Vasati scheme?

There should be no problem in getting a loan from any financial institution including a cooperative bank as long as the plot is registered in your name. It is suggested you check with the PMAY (Pradhan Mantri Awas Yojana) for subsidised loans as you have verified low income for being eligible under the Basava Vasati yojana.

Will I be eligible for the Basava Vasati Yojana if my plot of land is under mortgage?

There is no problem with your land being under mortgage but the possession should be with you and the title deed must be in your name. Construction should continue after you begin receiving your payment under the yojana. If it is discovered that you are paying off previous loans with the money you are receiving, further instalments may be stopped by the Block Development Officer who is likely to make periodic inspection rounds of your plot during the tenure of your grants from the Basava Vasati Yojana.

What is an Inheritance and who is an Heir?

Many people use the terms heir, inheritance, and beneficiary quite loosely without fully understanding the difference between them. Typically, in India, a person that acquires or...

Everything You Need to Know About Kutcha Houses