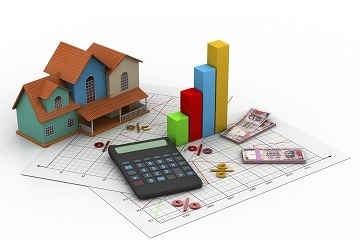 A New Year beckons us and going by the current socio-economic climate across the world, it could well be a year of major innovation and disruption. Technology will continue to be a major leveler and disruptor across most industries and even Indian real estate will not be immune to the benefits it offers. Additionally, there are several other market trends that will mold and shape the sector this year.

2019, while opinions may differ, has actually been something of a watershed year for Indian real estate. This is because this is the year when the market actually cleaned up its act and got into the fast lane towards achieving more maturity and stability. Previously, there was a phase when the market was driven majorly by speculative activity and soaring prices while piled up inventory, lack of transparency and accountability issues crippled public buying sentiment by a great deal. All that has changed now and how!

2019 has been a year when the Central Government has taken a wealth of measures to revive and resurrect the real estate sector. From lower GST and added tax benefits to the affordable housing thrust and alternative investment fund for stalled projects, the past year has witnessed pro-active Government action working to stabilize the sector while infusing greater transparency into it at the same time. 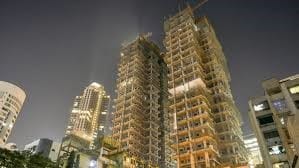 The residential housing segment is still finding its feet after a phase of recovery due to the impact of the NBFC crisis and subsequent liquidity crunch that followed. However, growth is clearly visible in the commercial real estate category which is witnessing a boom at the moment. Here are some points worth noting in this regard:

How Indian real estate may evolve in 2020 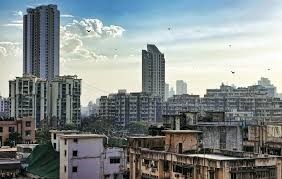 Efficiency will be a key buzzword for Indian real estate in 2020 in addition to Technology as opined by industry experts like Co-Founder and CEO at Square Yards, Tanuj Shori. He has talked of how leaner, tech-driven and efficient models will drive real estate growth in India in the future. Efficiency and sustainability ratings will assume higher importance with regard to increasing saleability of projects while proptech players will become the major transaction channel for both real estate developers and end-consumers alike.

Technology will both disrupt and shape Indian real estate as it has been doing worldwide. Real estate development, distribution and maintenance will be leaner in the future according to Shori.  There is also a possibility of real estate expanding by more than 50% in the next 10 years or so. Quantities of investable real estate have doubled in the previous decade globally and with increasing per capita incomes and stronger economies along with higher urban migration, the market will keep expanding.

Investors may foray into developing their own prime properties to keep their portfolios in order as the battle intensifies for prime investable assets in the real estate space. New money emerging from fledgling economies and rural markets will be deployed into new projects across emerging markets and other sub-divisions such as agro-based rural housing ventures or retirement villages in peripheral areas of major cities. Real estate and construction could receive a major boost from growing urbanization on part of migrants from Tier-2 and Tier-3 cities along with other towns and rural centers in India. Housing demand will skyrocket over the next few years and more supply of affordable housing will be needed to cater to this demand. Shori also feels that more developers will look to collaborate with the Government on housing schemes for lowering risks. More housing growth will come from urban housing initiatives and infrastructural growth. Developers will look to adopt more efficient business models driven by automation and tech-driven business processes that reduce costs. The industry will require detailed segment specific and local insights and associations along with access to local markets via JVs, acquisitions, mergers and other collaborations.

Shori essentially feels that the Think Global Act Local phrase will assume greater importance than before. Indeed, the multi-localism wave has already swept the globe, namely the preference for local housing, communities, values, cultures, customs, products and even industries. This is something that Indian real estate would do well to note in 2020.

Some other aspects to keep in mind

In spite of previous hurdles in the market, there is a more positive outlook at the moment due to multiple announcements and measures taken by the Government. The National Housing Bank (NHB) has scaled up liquidity for HFCs (housing finance companies) sometime earlier while other initiatives like the Rs. 25,000 crore fund for stress funds and relaxation of ECB funds will do a lot in terms of ushering in greater liquidity for Indian real estate along with bringing much-needed relief to real estate developers and homebuyers alike.

Under the stress fund, 1,600 housing projects comprising of 458,000 units will be covered and this will be a major step towards enhancing confidence of buyers while creating more employment at the same time. Demand has already grown for affordable and mid-income housing and reputed real estate brands and builders with good track records have already witnessed growth in sales and revenues alike. The co-living segment is already gaining traction with demand from young professionals and students while commercial real estate has been doing excellently with office space leasing activity set to touch record highs for 2019.

The first REIT was successfully launched in 2019 and more REITs are in the pipeline for 2020. This will bring about major disruption and transformation in the industry and capital will be unlocked tremendously as per experts. The co-working segment will also witness steady growth all throughout 2020 as predicted by industry players. However, they also feel that more such initiatives are needed from the Government in order to cover real estate players in Tier-2 and Tier-3 cities in India along with smaller developers. Overall, Indian real estate should have a more positive 2020 as per real estate developers and experts, majorly backed by Government support to the sector through various measures. There are various measures that will still be required for safeguarding developers from stalled projects and other current liabilities along with looking into incentivization of stressed projects in innovative ways.

Real estate developers continue to be bullish about the growth potential of the sector in spite of the challenges that 2019 came with. In spite of Government measures, the scenario was challenging on the ground due to the liquidity crisis. However, the impact of the pro-active measures taken by the Government, lower interest rates on home loans and improving liquidity will be felt more in 2020 according to a wider section of real estate players. Some feel that the sector was hampered by a sluggish economy in the first two quarters of the present financial year, leading to lower launches and muted sales volumes. Yet, 2020 will witness a steady recovery due to the full impact of some of the previous measures taken by the Central Government. If the Government decides to cut personal income tax rates as well, it may lead to further growth for Indian real estate as well according to experts.

Some developers feel that affordable housing did quite well in 2019 and the momentum should continue going forward into 2020. As a result, many of them are shifting their business models to emphasize on affordable housing and several new launches in this category are expected in 2020, particularly from big real estate firms and branded developers who have not forayed into this segment earlier. They feel that affordable housing will play a huge role in sales growth and revival of the sector in 2020. 2019 was not that bad for the sector although nothing major took place. 2020 should be much better due to major announcements and potential cuts in prices of raw materials and stable land prices which will benefit affordable housing ventures. With the Union Budget due to be announced soon, there may be more steps taken by the Central Government to boost economic growth and real estate alike. The corporate tax cut announcement may be followed by a cut in individual tax rates as well. This will naturally herald a major improvement as far as Indian real estate is concerned.