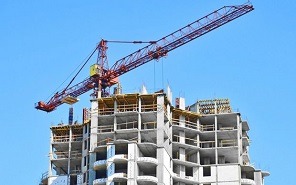 In a major development in recent times, the NCDRC (National Consumer Disputes Redressal Commission) has issued its ruling via the bench of Justice R K Agrawal and member M Shreesha. It has stated that while homebuyers have to fork out 18% per annum by way of interest in case of any delay in payment of instalments, builders were previously paying only 1.5-2% in case of any project delays. As a result, the NCDRC has ruled that this is an unfair practice in the trade which should not be implemented anymore.

The NCDRC has firmly ruled that these provisions cannot be entertained in buyer-builder agreements while also stating that such agreements are not fair and reasonable by all means. The apex consumer commission also stated that real estate firms and developers cannot be given the license to tie homebuyers to contractual regulations which are one-sided and safeguard only the interest of the realty company in question at the expense of homebuyers.

What the NCDRC ruling establishes and other key aspects

In another major decision that was passed previously, the NCDRC has ruled that homebuyers can claim refunds in case of possession delays. A time period has been quantified by the apex consumer body which is 1 year for delayed real estate projects. Beyond this time period, investors can ask for a refund from developers. The Supreme Court and other forums have already stated that homebuyers cannot wait for an indefinite time period although it was previously not stated as to when the refund can be claimed by the homebuyer in case of a delay in possession.

The NCDRC has already stated that buyers can seek refunds from their developers in case possession is delayed by a year beyond the date which is promised by the builder. The allottees will have the right to seek refunds in this respect, as mandated by the NCDRC bench spearheaded by Prem Narain. There was a plea submitted by Shalabh Nigam who purchased a luxury residential apartment in the Greenopolis project at Gurgaon which is being built by Orris Infrastructure and 3C Company. Nigam bought the apartment in the year 2012, paying Rs. 90 lakh as compared to the overall cost of Rs. 1 crore.

The agreement stated that possession would take place in a period of 36 months with a grace period of 6 months from the allotment date. When the developers did not complete the project, the commission was approached by Nigam who sought either a refund or timely possession. The commission asked the builder to finish construction and deliver the apartment to Nigam as per the agreement by the end of September this year post getting the occupancy certificate. The builder was also asked to pay 6% per year as compensation on the total deposit for the period that was delayed. In case of non-delivery of the apartment within the period prescribed by the commission, Nigam will be eligible for a refund of his entire amount paid with interest of 10%.

The builder had stated that the buyer had stopped paying instalments and in case of any refund, 10% of the amount as earnest money will be forfeited as per the agreement. However, this was rejected by the commission which stated that instalments were paid right till the 7th stage of construction and payments were stopped since there was no construction progress. These new rulings of the NCDRC are sure to boost the overall confidence of homebuyers by a great extent.

Resident Editor
« Surrounding and peripheral zones like Gandipet prop realty expansion in Hyderabad
Fighting sexism and discrimination, one start up a time! »