Buying property in Mumbai? Government reduces FSI in major boost for you 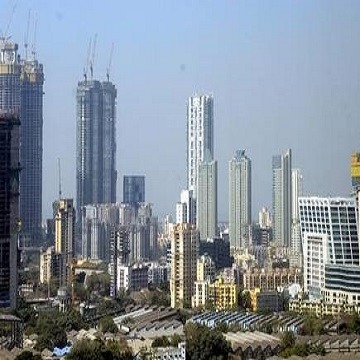 Mumbai’s real estate market has always been at the epicentre of various reforms and initiatives undertaken by the Maharashtra Government which is quite usual since this is one of the biggest and costliest realty markets in India. Mumbai’s property market has been reviving of late but still needs some more impetus before it can make a full recovery. The market needs a clearing of unsold inventory while a price correction is also badly needed in several areas in order to spark higher sales figures once again.

Mumbai’s realty market has benefited from the cut in GST rates sometime earlier while the affordable housing spurt and incentives under PMAY (Pradhan Mantri Awas Yojana) will lead to several projects being developed on its outskirts spanning the MMR (Mumbai Metropolitan Region) and even parts of Thane and Navi Mumbai. Additionally, the Government’s decision to release unused tracts of land will improve supply and bring down prices in the long term. The same effect will be felt once old buildings and chawls are redeveloped into housing clusters. With a few finishing touches needed to accelerate growth in Mumbai real estate, the Maharashtra Government has now announced a reduction in FSI (floor space index). This could be a game changer for property buyers in Mumbai.

What the Government has announced

Industry players have opined that this landmark move by the Maharashtra Government will go a long way towards lowering overall input costs for commercial and residential real estate projects. This will naturally benefit aspiring home owners and prospective buyers of commercial spaces in Mumbai. This will also help several real estate developers start on their projects which were lying dormant for quite some time.

Impact of the FSI reduction

Experts feel that input costs will be coming down greatly as a result of this move by the Government. Here are some key aspects worth noting-

All in all, experts feel that the major benefits arising from the FSI percentage will be reflected on the final price paid by the customer. This is because developers will now be able to pass on the benefit of lower input costs by reducing property prices by a minimum of 50% of the cut in the FSI percentage.

This should be really good news for all those aspiring to buy property in Mumbai in the near future. Additionally, major infrastructural developments should also keep the market going over the next 1-2 years as per experts.

Resident Editor
« Kanika Gupta Shori speaks her mind as a Successful Entrepreneur
Co Living in India- An extensive look at the market, entrants and future prospects »