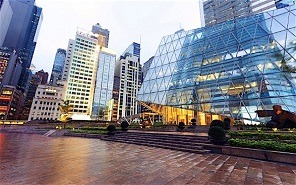 Home buying sentiments were majorly impacted on account of the liquidity issues which affected Non-Banking Finance Companies (NBFCs) by the end of 2018. The sentiments of real estate developers were also affected on this account. Experts feel that residential real estate markets are seeing a boost on account of commercial real estate growth and development. The housing market is in the throes of a steady recovery from the previous slump but demand has remained high for commercial real estate and this will only rub off positively on the residential realty space in the future.

Multiple big institutional investors have been pumping in large scale investments into the commercial realty space in recent times. According to experts, players like Brookfield Asset Management and other institutional agencies are investing considerable sums in the space with a long-term outlook towards garnering returns. Real estate is certainly the growth driver of the economy and the commercial segment has been consistently doing well as per several reports and studies. Several institutional players are viewing India as a key market not just for the office and commercial space segment but also for other segments which are witnessing growth including industrial housing and rental housing.

Why commercial real estate is picking up fast

GDP growth has of course remained at par with expectations and this naturally indicates that demand will go up accordingly for commercial real estate as well. Home sales volumes increased last year however and sales were also steady in the commercial real estate category. Meanwhile, the sector has also undergone a vast change with major reforms brought in like RERA, GST and also the IBC (Insolvency and Bankruptcy Code). Many experts believe that these reforms were much needed and have cleaned up the sector, ushering in quality consolidation, transparency, accountability, enhanced buyer confidence and financial discipline amongst organized players.

Commercial real estate growth to be spurred by mega projects

There are several mega projects waiting to be launched and these are expected to give the commercial real estate sector a massive boost this year. Among these projects are the 2 million sq. ft. commercial realty venture planned by Embassy which is called Embassy Taurus World Technology Centre in Trivandrum and the Embassy Tech Village at Bangalore where the company will build 1.5 million sq. ft. which covers office space allocated for JP Morgan and also a premier hotel as per reports. Office space and commercial realty growth have been absolutely steady in spite of the fluctuating trends in the residential segment.

The commercial real estate market is seeing good growth according to experts and leading real estate developers are coming up with projects in this category since they are now backed by global investment firms and conglomerates including GIC Pte Ltd and Blackstone Group among others, who are aggressively investing to increase and scale up their portfolios in the Indian commercial realty sector on the back of expected demand for leases and steady rental growth in the future. The commercial real estate sector will continue drawing more capital this year and multiple office projects should be launched accordingly. The highest supply additions are forecasted for Hyderabad, Bangalore, Gurgaon and Mumbai. Demand will even continue to outstrip supply levels in several Indian cities as well.

Embassy Office Parks is also funded by the Blackstone Group and is expected to list its REIT (real estate investment trust) for raising a sum of Rs. 5,000 crore. This REIT may launch this year since the company has already garnered approval from SEBI (Securities and Exchange Board of India). This REIT will be a major boost for the Indian real estate sector since it will help in infusing more liquidity into the commercial real estate space. Office space absorption is expected to go up in 2019 since there is steady demand from technology entities. Investor sentiments have also been largely positive as per reports.

According to reports, gross leasing activity of around 50 million sq. ft. was seen last year which is the biggest such figure over the last 8 years on account of high leasing activity in the NCR (National Capital Region) and Bangalore. Gross leasing volumes went up by around 17% as compared to the year 2017 with occupiers expanding their presence and also a marked consolidation trend. Growth in office space categories will remain steady and has remained so even when real estate companies were grappling with huge residential inventory levels. In fact, several developers had previously switched to building office projects. The commercial real estate sector, however, majorly witnesses activity from a few leading real estate players at the moment along with some investors.

Bangalore was a major driver of growth in the office leasing category last year as per reports. Technology companies were the major occupiers in addition to engineering, telecom and manufacturing entities. Bangalore had high commercial real estate volumes in 2018 backed by the growth in its technology sector. The city is also expected to contribute a major chunk of SEZ projects too. Last year, players like K Raheja Corp also added roughly 1.5 million sq. ft. each for cities like Pune, Mumbai, Hyderabad and Chennai and this volume is expected to be doubled in 2019 as well. Several players are also looking to acquire and purchase premium quality office spaces and other commercial real estate assets.

There should be sizable momentum in the commercial realty space all throughout 2019 according to several studies and developers like Salarpuria Sattva Group from Bangalore have already planned mega projects in the category. The Group has three projects lined up this year with two more projects planned for Hyderabad. In fact, close to 35-40 million sq. ft. in new commercial/office space is forecasted to be finished in 2019 and a major chunk will be taken up by Hyderabad, Bangalore, Noida and Gurgaon as per experts.

This year, there will also be huge demand witnessed from new-age hybrid space, co-working space and other business centre operators who will be looking to grow their businesses by at least 7-9 million sq. ft. by the year 2020 on leases. The managed office space sector will now be the preferred segment for most companies who may need seat counts up to 500 or even more. Several Indian States are also introducing new regulatory mechanisms which perceive the operators of managed spaces as the suppliers and not the end users and these measures will naturally boost this entire sector along with real estate developers as well.

Additionally, the real estate sector in India will also see the growth of several other segments including student housing this year as per experts. Office absorption will keep increasing all throughout 2019 and experts forecast it to touch the record levels of 37 million sq. ft. in 2020 just like the year 2011. There will be several other growth avenues for real estate including warehousing, logistics and also the affordable housing sector in the residential segment. Big ticket commercial and office space projects across key Indian cities will naturally lead to large scale infrastructure development and connectivity improvements which will also boost demand for residential real estate in those areas or surrounding areas. This is a phenomenon that is likely to be more pronounced in 2019 as per market experts.

Will the Festive Season Revive the COVID-hit Housing Market?