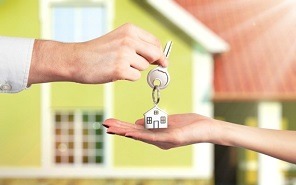 According to the experts, the fall in numbers show that the developers are consolidating in the market. The unorganized small scale developers have either exited the market or are merging with larger developers and likewise, the share of the latter has also increased, mostly that of the top 10. The percentage of overall projects in Gurgaon and Noida is at 55% and 78% which was only about 28% and 52% in 2011.

A number of reasons have contributed to the shift in the scenario. The small and unorganized developers have often shown incapability of execution, there was an oversupply of inventory and other factors like GST and demonetization also played a part. There was also excessive land banking done by these developers without proper understanding of the demand and supply dynamics as well. The price appreciation was often unjustified and there was a lack of social and physical infrastructure too. All these factors came together and created an environment not conducive for the small time real estate developers as highlighted by industry experts.

These signs were first seen in 2010 in Mumbai and the maximum launches were witnessed in India during the period of 2010 to 2013. The supply was high and much of this was absorbed by the large investors. There was an illusion of demand and that led to more launches as well, resulting in a demand-supply mismatch, particularly in Tier 1 cities like the NCR.

All these factors led to developers coming together and consolidating almost everywhere across India. The unorganized players have not been able to cope with the market shift and the frequent changes courtesy RERA and GST. Unorganized players were not used to working under a strict framework which was implemented through RERA and hence had to quit the market.

New real estate investment avenues you may wish to consider