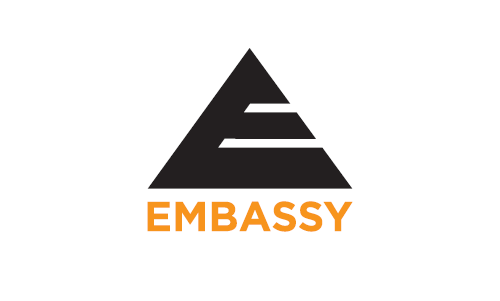 Embassy Office Parks, the real estate developer based out of Bangalore, has come out with the country’s first REIT or real estate investment trust IPO (initial public offering) and is backed by the leading private equity company Blackstone Group. This REIT IPO will be open for drawing investments between the 18th of March and 20th of March, 2019 as per reports. This Embassy Office Parks REIT is aiming at mopping up Rs. 4,570 crore from the market via this IPO. The price per unit for the REIT has been capped at Rs. 299-300 while the minimum application bid has to be 800 units. Investors will have to put in a minimum of Rs. 2,40,000 for purchasing units in the REIT and subsequently can scale up the size of the portfolio by investing in multiples of every 400 units.

The Embassy Office Parks REIT IPO will be a major development for the Indian real estate sector according to experts. This REIT will comprise of the assets owned solely by Blackstone Group and also the ones owned in collaboration with the Embassy Group. This covers a whopping 33 million sq. ft. spread across Pune, Mumbai, Noida and Bangalore and 24 million sq. ft. has already been completed as per reports with 95% of the tally being leased out as well. There are 11 assets, namely four buildings and 7 office parks on offer. Blackstone Group is operating as the fiduciary for the investors in the REIT had has already lined up several worldwide investors including big pension and sovereign funds. The Blackstone Group also has the highest ownership of commercial realty in the country with more than 100 million sq. ft. in its portfolio. It remains committed towards investing close to $4 billion in the office space segment in the near future as well. The REIT will bring in more transparency for the Indian realty market as per experts and will work as a major benchmark. In case this is executed smoothly, there will be many other real estate developers who will want to opt for this route. Additionally investors who have directly purchased office spaces till now can also take this investment route as per experts.

Real Estate Investment Trusts or REITs are basically securities which are tied to real estate and these can be traded across stock exchanges upon being listed. The structural framework is almost the same as that of a mutual fund. There are trustees, sponsors, unit holders and fund managers for REITs as well. However, instead of investing in stocks/shares/bonds/gold like mutual funds, physical real estate investments are made by REITs. The money that is accumulated will be used for buying real estate that generates income on a regular basis. This will be divided amongst the unit holders based on the proportion of shares that they hold in the REIT. Additionally, along with income from lease/rent, there are gains to be accrued from capital appreciation of the real estate assets.

REITs have been a topic of much debate in the country although SEBI (Securities and Exchange Board of India) only issued its draft guideline only back in the year 2013 in October. However, there was no sufficient clarity regarding the taxation aspects on the income that was to be earned via REITs and some other matters. As a result, REITs took some time to go mainstream. The 2015 Union Budget did take several pro-active measures in this regard but several aspects still remained unexplained. Thereafter, there were multiple amendments made for REITs over the last few years and the last one was on the 1st of March, 2019, as per reports. SEBI lowered its minimum investment limit in the REIT from Rs. 2 lakh to Rs. 50,000. However, due to the Embassy Office Parks REIT initial public offering being filed prior to the amendment, the minimum amount for investment is higher than Rs. 2 lakh as per reports.

What it means for investors

Real estate has always been an attractive investment proposition although many investors found it hard earlier due to the higher investment amounts required. Investing in commercial real estate assets or office spaces situated in prime locations was a difficult ask even for affluent people. However, REITs will now provide a major option towards investors to pump in money for premium commercial spaces since the minimum threshold will be on the lower side. REITs will soon be a feasible part of several investment portfolios as per reports and investors can easily take part in asset classes which were earlier accessible only for high net worth buyers.

Additionally, the high minimum amount required for investment is a major barrier for retail investors when it comes to AIFs or Alternate Investment Funds and other similar funds. REITs can be a better option for investing in commercial real estate on account of its solid regulatory framework as opined by experts. There is no other benchmark for the performance of REITs in the Indian realty market or the latent risks involved. As a result, there could be some initial aspects to be ironed out but investors may benefit in the long run if they adopt the wait and watch approach. Upon the listing on the stock exchange for the Embassy Office Parks REIT, several other REITs may be ushered into the real estate market. The performance of the REIT and also its listing will be mapped by multiple stakeholders, i.e. institutional funds, real estate developers and corporate companies.

An REIT listing that is successful may lead to several other sponsors coming out with varied offerings covering the commercial real estate and office segments along with categories like hospitality, warehousing and retail among others. In usual cases, the returns from commercial real estate can be anywhere between 8-10% annually. However, they may be superior for commercial real estate and office spaces located in prime areas. The expected return on investments can range between 8-14% for the short term or even a medium duration as per reports. However, investing for a long period of time will naturally lead to better returns since there has to be patience in waiting out fluctuating realty market cycles. There could be double digit returns for investors at a low-mid range as per experts in the present scenario.

In most cases, commercial leases cover longer periods of time such as 6-10 years or even more with clauses for rent increases. REITs will naturally have lower levels of volatility as compared to other investment channels due to this reason according to experts. REITs may also prove to have lower volatility in the long term as compared to mutual funds, stocks, gold and mutual funds since 80% of REITs which will be listed will have to offer assets that generate rent.

Taxes for the income that is earned from REITs

Investors should be well versed about the taxation on income that is accrued from REITs. SEBI has directed REITs to divide 90% or even more of income in the form of rent, dividend or interest to all unit holders/investors at least two times every year. This income will be assessed in the same way under the Income Tax Act for the similar proportion in which it has been generated/received as per experts. As a result, income from REITs which is interest, rent, dividend and divided amongst all investors will be perceived as rental, dividend and interest income in the taxpayer’s hands.

Additionally, under Section (23FD) and section 115UA of the Act, income that is generated from REITs will be exempted from any taxation with the exception of the interest that is received from the REIT SPV (special purpose vehicle) and also rental incomes from property under direct ownership of REITs as per experts. REITs will be dividing income majorly through dividends which will remain free from taxes in the hands of the unit holders. A demat account will be necessary for investing in REITs and retail investors may have to be patient will mutual funds start offering such financial products in their portfolios although this will take some more time as opined by market experts. However, REIT investments are set to be attractive options for investors over the next few years.

Resident Editor
« Is there a revival being noticed in Gurgaon’s real estate market in recent times?
Rs. 16,909 crore approved for infrastructure development in Mumbai »