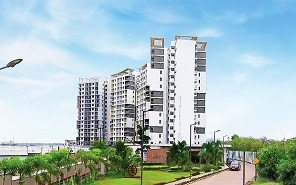 The homebuyers who do not get possession for years even after paying the entire amount to the Builder can seek a refund from the National Consumer Disputes Redressal Commission (NCDRC). According to the apex consumer Commission, any stalled Realty project will be given in a period of one year after which the homebuyers can ask their builders for refund. Under the National Consumer Disputes Redressal Commission, the real estate developers will have to mandatorily refund the amount paid by the home buyer for a property if they fail to hand over the possession in case of delay. The NCDRC has said that it is established that the allottees can demand a refund if the handover is delayed inordinately particularly more than a year. In spite of the Supreme Court and various consumer courts repeatedly stating that the homebuyers cannot be kept waiting for an indefinite period of time, there was no clear period mentioned within which a buyer can demand a refund for delayed or unfinished projects.

The order was passed after a Gurgaon resident filed a plea who purchased flat in 2012 and paid INR 9 lakhs against the total cost of INR 1 crore. The flat was to be handed over within 36 months and with the grace period of 6 months from the allotment date. When the developer could not provide possession of the apartment, the buyer approached the commission to ask for a refund on the time bound possession. The National Consumer Disputes Redressal Commission ordered the developer to complete construction and handover the apartment by 30th September 2019 maintaining all aspects of the agreement. The commission also ordered the developer to pay interest of 6% on the deposited amount according to the NCDRC if a project is not delivered within the promised deadline. The Builder will have to refund the whole amount with an interest rate of 10%.

Very recently NCDRC asked one of the giant players in the real estate industry to refund more than INR 1 crore to homebuyers as it failed to hand over the apartment on time. The developer was asked by the apex consumer Commission to refund INR 1, 77, 95, 300 within 3 months and pay compensation of 10% per annum simple interest to the Gurgaon residents for delay of more than 2 years in providing possession.

The lawyer who was representing this case stated that the issue of inordinate delay wasn’t defined by the court. The delay could be anywhere between 2 to 7 years. After this case, the court stated that consumers do not get their possession in 1 year are liable to demand a refund. Previously buyers were claiming a refund even for a few months delay. It was made clear in the order that if a developer is to give possession, it is liable to refund the amount in case the consumer asks for it and if the possession is not made in time the buyer is entitled to a delayed penalty automatically. This order has a wider ramification on cases that are pending in the other legal fora as buyers no longer cannot be denied refund in case projects are delayed more than a year or the construction has not proceeded for years for that matter.

In this case is the buyer did not demand a refund at that point of time he would have been entitled to it at 6% per annum interest until the position was made according to the order. Later the developer contended that the buyer discontinued paying the instalments if a refund was ordered there would have been of profit of 10% of the amount as per the clause agreement. However, the commission rejected the contention stating that the buyer already paid instalments up to 7th stage and the payment was not made any further when construction work did not progress for a long time. The order noted that compensation to the buyer shall not be paid as per the Builder- buyer agreement because it is just one-sided and unreasonable. It states that when the Builder charges a compound interest of 18% per annum in case of delay on the part of the buyer for paying him, he seeks to pay less than 3% of capital investment per annum if he does not respect his own part of the contract by failing timely possession of the flat to the consumer. The order also says that these terms in the buyer’s agreement often facilitate the developers to us the fund collected for a project in another one. Therefore, a new project is funded at the amount paid by the buyer of an existing project.

The compensation to be paid by the Builder in these cases are not only restricted to the compensation stipulated in just the one side buyers agreement and needs to be based upon the damage caused to the consumer for the inefficient services of the developer. The buyers after they pay the booking amount for the property to the developers have no other option but to sign on the agreement that is single-handedly drafted by the Builder. That results in the amount being forfeited by developers.

Resident Editor
« Who are your new neighbours at the project you are buying in?
Karnataka to see major realty boom by 2020 as per CREDAI and other experts »