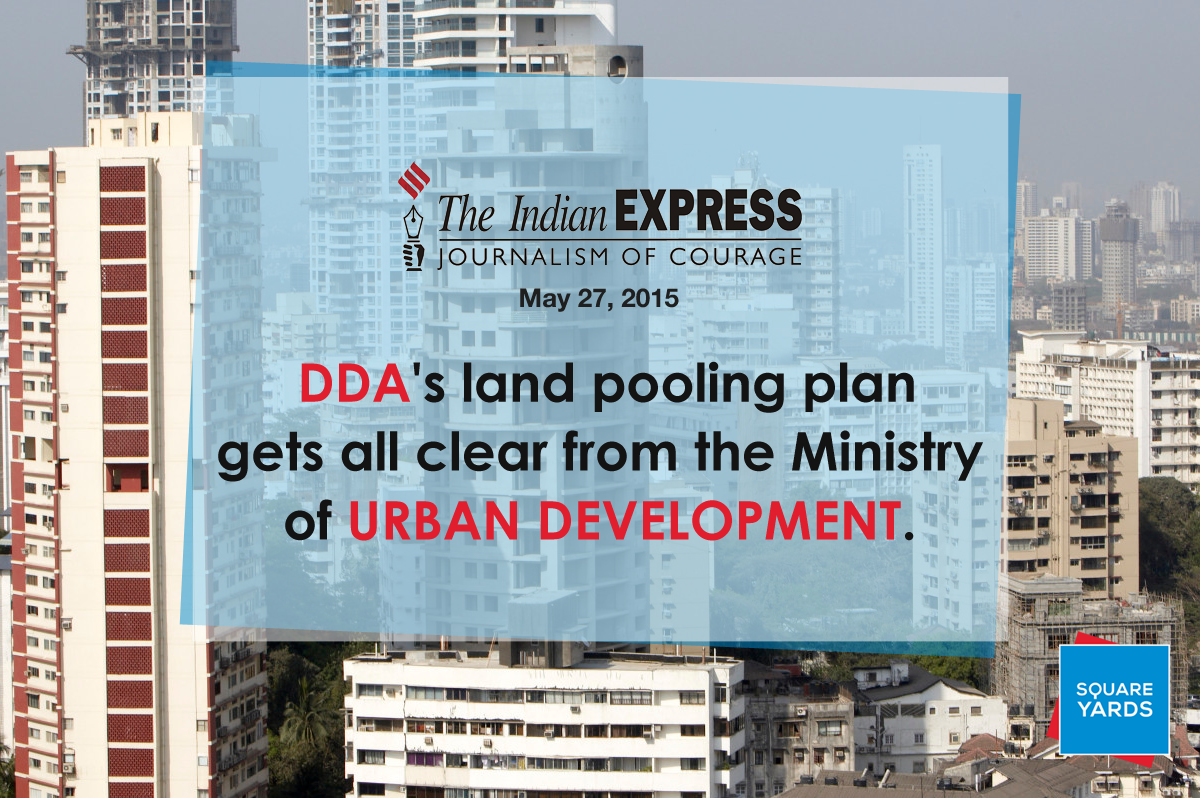 The Ministry of urban development has approved the regulation for land pooling policy, which will be a great boost to the ambitious Delhi master plan and the subsequent development of the L-Zone located on Western part of Delhi into a self sustainable smart city.

The approval will lead to rapid acquisition of roughly 20,000-25,000 hectares of land that can be used to develop over 25 Lacs residential units to meet the rising housing demand of Delhi in the coming future.

New Delhi is among the fastest growing cities in India- with an annual population growth of over 20%. Its population is expected to reach 24 million by 2021, equivalent to the population of Australia. The suggested master plan had proposed to provide housing for every individual by that time. Nevertheless, Delhi Development Authority (DDA) could not get any substantial success in procuring land in the recent past. This necessitated the requirement for new pooling policy that can bypass the tedious land acquisition procedures followed so far.

The centres approval will expedite the overall development process around the L-Zone. It will help DDA to acquire around 20,000-25,000 hectares of land from 95 villages. In another 10 years, it is expected that 25 Lacs new residential units will be rolled out. The stupendous growth will be associated with massive investment in enhancing the physical infrastructure and accessibility of these new townships.

Such a gigantic level development involving over 20,000 hectares of land is expected to induce massive level positive changes in the micro and macroeconomic aspects of the Indian capital. In the shorter run the move will infuse tremendous positive euphoria towards L-Zone. Given the high intensity developments that will be rolled out in the coming time, the land prices are expected to appreciate.

The recent nod given by the central government will have significant effect on the investors sentiments. If our estimations serve us right, the land prices can appreciate by as high as 50% in just another week Says Rahul Purohit, Principle Partner, Square Yards consultancy.

In fact a substantial part of the appreciated value will be pooled back into the development activities whereas the rest of the value will be disseminated as compensation for the land owners and farmers.

Besides the short term effect in the form of price appreciation, such a gigantic project involving 25 Lacs unit will entail massive positive impact on the macroeconomic aspects of New Delhi. The L-Zone will be among one of the upcoming self sufficient smart cities in India. Its attractiveness will further enhanced on account of its convenient connectivity with airport, railway station and other major roads involving Northern Peripheral Road, NH-8 and Bijwasan Road etc. Not to mention its proximity with the second diplomatic enclave and Dwarka.

With an objective of sustained and well balanced development, the government has also introduced some key amendments aimed at well adjusted development and safeguard the interest of the various stakeholder involved. The amendments involve timely development of the external infrastructure, ensure mandatory housing for the economically weaker section of the society, Transparency in allotment of returnable land and complete utilization of the approved Floor Area Ratio (FAR).