Home » Buyer's Corner » Buyer's Guide » GST reduction sought by Maharashtra Finance Minister on redevelopment projects in Mumbai- How it will benefit the sector if implemented?

GST reduction sought by Maharashtra Finance Minister on redevelopment projects in Mumbai- How it will benefit the sector if implemented? 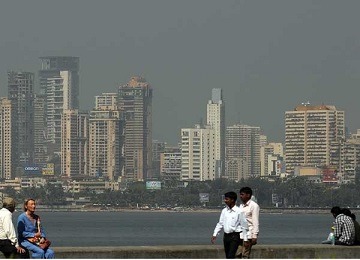 Mumbai’s real estate market is being boosted by several pro-active measures undertaken by the Maharashtra Government which are expected to arrest the slide in terms of sales figures while also opening up the market for mid-range homebuyers. The Maharashtra Government has already announced the lowering of premium on additional floor space index (FSI) and the fungible floor space index (FSI) which are major game changers.

Devendra Fadnavis, the Maharashtra Chief Minister, has already confirmed that premium for additional FSI has been lowered to 40% as compared to 50% previously while it has been lowered to 35% for fungible FSI as compared to 50% earlier. In case of commercial real estate, the premium has been lowered from 60% to 40% for fungible FSI while the development cess on purchase of extra FSI has also been waived by the Government. This new relief measure will be provided for a period of 2 years and will apply for projects which have not been launched yet in the housing market or projects where developers have not acquired extra FSI as of yet. Projects where fees have been paid will not be coming under this new regulation. The lowering of FSI premiums will positively impact buyers since input costs will reduce for developers, thereby lowering overall home prices as well. Several new housing units will become viable purchases for buyers due to lower premiums on FSI and subsequently, lower costs.

It’s not just FSI; the Government has also been taking up the cause of smoother redevelopment in Mumbai in order to open up the real estate market and make prices more competitive.

The Government has also proposed 50% reduction in premiums paid on incentive FSI for redevelopment projects in case of buildings which are dilapidated and present within colonies owned by MHADA. This will apply for EWS (economically weaker sections) and lower income categories while the reduction will be 25% for middle-income and high-income categories as well. Close to 6,000 redevelopment ventures are ongoing in Mumbai and many of them have been stuck due to various reasons.

As a result, the Government of Maharashtra has come up with a self-development initiative where current owners of flats will be empowered to redevelop their own buildings. For financing these projects, the Government has also given permission to a co-operative bank for offering financing up to 95% of the total project cost. Several groups of homeowners are now taking project redevelopment into their own hands by appointing contractors, architects and project management professionals for the same. These projects cover stand-alone single buildings and even societies with multiple buildings.

There are major projects in this segment across central Mumbai that will give the Mumbai property market a major boost in the future. There is a government colony spreading over 97 acres in Bandra which will be redeveloped along with BDD chawls spanning 92 acres in Worli, Sewri and Lower Parel and also Dharavi which covers a whopping 520 acres.

The Maharashtra Chief Minister has previously emphasized upon swifter redevelopment and has also taken action with regard to the final CRZ notifications and acquisition of 87 acres of land owned by the railways for redeveloping Dharavi. The chawls hark back all the way to the 1920s. Work has commenced in Naigaon and Lower Parel on redevelopment projects while it is starting in Worli. The blueprint is to initially construct some buildings and use them as transit centres for shifting people with the progress of work. 15,000+ tenants will receive new homes of 500 sq. ft. each and 68% of land will be used for housing them. The remainder will be opened up for commercial usage. The overall costs are expected to be close to Rs. 16,000 crore. The areas will be opened up for more mid-segment buyers with a drop in prices on account of higher supply.

In a further relief for the city’s real estate market, Sudhir Mungantiwar, the Finance Minister of Maharashtra, has reportedly asked for a cut in GST (Goods and Services Tax) on Mumbai redevelopment projects. This has been communicated to the GST Council by the Minister as per reports. In addition to this major relief in taxation, the Minister has also proposed higher threshold limits for affordable housing units in Mumbai along with benefits of input tax credit in MMR (Mumbai Metropolitan Region) on the 11th of September, 2019.

In case of acceptance of the proposal, the GST imposed on redevelopment of slums and old structures will reduce to 1% from 5%. The Minister has stated that construction via the SRA (Slum Rehabilitation Authority) does not provide any proper returns to real estate developers since the original residents get homes without any additional charges while the redevelopment load is borne by them.

Mungantiwar has also proposed hiking the affordable housing threshold to Rs. 75 lakh from Rs. 45 lakh at present. He has stated that the Maharashtra State Government has already planned to come up with affordable homes near major commercial hubs in the MMR (Mumbai Metropolitan Region). However, adhering to the 60 sqm guidelines within the Rs. 45 lakh ceiling will be difficult and hence it should be increased accordingly. The Council has also been asked to provide ITC (input tax credit) benefits in order to provide some relief to the real estate sector. Industry experts are of the opinion that these vital measures, if implemented, may be offering a major boost for the Mumbai property market.

The lower GST revenues will certainly be a concern area for the GST Council as pointed out by Mungantiwar although he has stated that high-quality housing solutions at comparatively reasonable rates will naturally ensure a better environment in the city and its peripheral areas.